Comcast’s pending acquisition of General Electric’s NBC Universal was put under the microscope again Thursday as the U.S. House of Representatives Subcommittee on Communications, Technology and The Internet of the House Energy and Commerce Committee held a field hearing to investigate the proposed deal.

The Federal Communications Commission is expected to restart its review of the acquisition, which it suspended mid-June after deciding that both Comcast and NBC needed to resubmit data. The FCC maintains an informal 180-day so-called clock for reviewing such deals — a deadline that can be de facto extended by “stopping the clock.” This has been the second time the agency has done this while waiting for additional information from Comcast and NBC Universal.

The transaction, if approved, would give Comcast control of NBC’s TV stations, cable channels and a movie studio. At US$30 billion, it is a mammoth-sized deal that has invited review from both the FCC and the Justice Department.

Stepping Up the Pace

Scrutiny of the deal, it appears, is now stepping up from other quarters as well, including Congress, the TV industry and various other critics of the proposal. A House subcommittee is scheduled to hold a hearing in Chicago on the deal. The FCC has also scheduled an open hearing in the city next week.

Meanwhile, opposition to the deal continues to mount: Common Cause, the Parents Television Council and 19 other organizations formed a coalition to oppose the proposal. Called the “Coalition for Competition in the Media,” the group says the deal as it stands now is against the public interest. Other organizations in the group represent telecommunications workers, independent programmers and minority media.

Conditions will likely be attached to any approval of the deal.

Stifel Nicholaus analyst Rebecca Arbogast discussed areas that are likely to raise concerns with regulators in a research note published in the Washington Post.

These include extending program access rules to Internet video and prohibiting Comcast from tying online video access to having a cable-TV subscription.

Comcast, for its part, is making its own overtures without additional prompting. It has promised to form a $20 million capital fund for minority entrepreneurs. It also said it would offer 10 independent networks in the first eight years the merged company’s operation, up from six.

It is easy to understand the reasoning behind the deal’s proposal, said Mike Jude, a program manager with Frost & Sullivan’s Stratecast service.

“The people against are largely content creators,” he told the E-Commerce Times. “Comcast, by controlling the content out of NBC Universal, would have an unfair advantage in content control and incentive to discriminate against other parties’ content.”

Companies like Bloomberg and News Corp. are looking at the deal with a jaundiced eye, he said, based on the assumption that Comcast is more likely to favor content in which it has a direct financial interest.

For all the documentation and statements made about the deal, Jude said, little light has been shed on the boundaries within which Comcast would use NBC’s content.

The FCC may also have a secondary agenda with its review, he added. “Clearly the agency is marching down the path of retitling broadband to be a communication service. In an environment like that, issues such as equal access matter a great deal.”

Jude believes the deal will go through — most likely with conditions attached.

Ryan Radia, an analyst with Competitive Enterprise Institute, also believes the deal will happen, largely because the documentation Comcast has submitted in support of the deal debunks the notion that it will engage in anti-competitive behavior. “The economic analysis the company has submitted conclusively shows that will not happen,” he told the E-Commerce Times.

The deal, Radia said, is “almost certain” to get approval from anti-trust authorities at the Justice Department, which he said is telling about the merger’s merit.

“So if the FCC does decide to block it, I believe it will be successfully challenged,” he concluded. 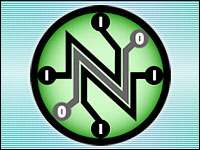