China Overtakes US in iPhone Sales 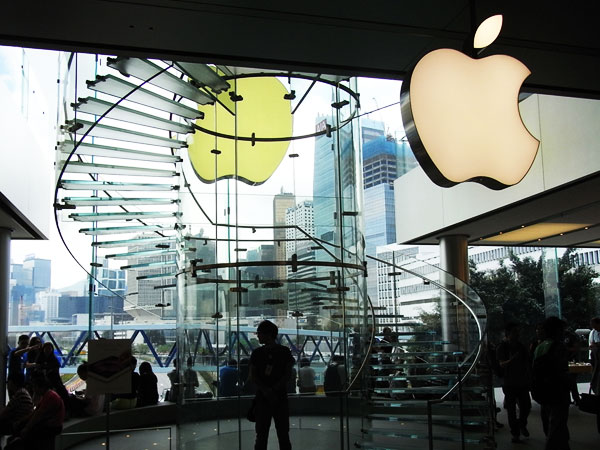 Apple is expected this week to report that last year’s iPhone sales in China exceeded those in the United States, according to the Financial Times.

Thirty-six percent of iPhone shipments in the most recent quarter went to China, while just 24 percent went to the U.S., according to UBS statistics, also reported by the FT.

This shift took place over the past year, according to UBS, which also noted that in the year-ago quarter, the U.S. accounted for 29 percent of all units sold, while 22 percent went to China.

China’s apparent dominant share of new iPhone sales is a significant development on a number of levels. For starters, it appears Apple has bested Samsung in China, which arguably had closer ties. Apple’s sales also provide a glimpse into how well it can compete against Chinese startup Xiaomi, which recently announced that its smartphone shipments more than tripled in 2014.

Perhaps most significant, the success in China is yet another nod to the Apple brand. After all, it has been just slightly more than a year since Apple inked a deal with the state-backed carrier China Mobile.

Apple had been active in the country before then, via its agreements with the smaller Chinese carriers China Unicom and China Telecom. In fiscal year 2012, it sold about 125 million devices.

It appears that Apple had a stellar quarter in general, said Charles King, principal of Pund-IT.

“The iPhone has been in the U.S. for better part of half a decade. In most markets for consumer electronics, that is considered a mature market,” he told the E-Commerce Times. “There aren’t a lot of huge opportunities for growth here unless a company brings out a product that is radically different.”

China, by contrast is still in growth mode for Apple products, King continued. “There is, in fact, a lot of room for growth.”

Apple’s brand has much to do with that growth story, according to Michael Zakkour, principal of China business strategy and implementation at Tompkins International Consulting, and coauthor of China’s Super Consumers: What 1 Billion Customers Want and How to Sell it to Them.

A primary driver of the iPhone’s popularity in China is its brand status and history, Zakkour told the E-Commerce Times.

“Chinese consumers, especially at the higher end, are sophisticated and very brand-savvy,” he said. “For them, brand is everything. They associate Apple with innovation, history, America, Silicon Valley, being a global citizen — and of course, quality and superior technology.

Then there is the Chinese government; Apple must continue to work diligently to build a relationship.

“Telecommunications is a national security priority in China, as elsewhere — and like other foreign players, politics and outside events can change the market rapidly,” Zakkour noted.

Finally, Apple must extend its geographic and demographic reach in China, he suggested.

“Lenovo will have a service center within 50 miles of every Chinese citizen in two years,” predicted Zakkour. “I am not saying Apple needs to penetrate that deeply, but they do need to provide physical and emotional connections to more consumers.”

Nexus 6, the Star Destroyer of Phablets, Goes on Sale Who Knew Tim Cook Would Fight for the American Way?