Google Hit With $7M Fine at the Privacy Tollbooth

Google has settled its Street View privacy case with 38 states and the District of Columbia. As part of the settlement, the company will destroy the personal information it collected under the project, train its employees on privacy issues for a 10-year period, launch a campaign to educate consumers on WiFi security, and pay a US$7 million fine.

“We work hard to get privacy right at Google,” the company said in a statement provided by spokesperson Nadja Blagojevic. “But in this case we didn’t, which is why we quickly tightened up our systems to address the issue.”

The settlement stems from Google’s Street View project, which launched in 2007 to provide views of streets throughout the word. These images have been captured via a fleet of specially equipped vehicles including tricycles and snowmobiles.

However, in 2010, it was discovered that these vehicles were also collecting information from unprotected WiFi systems as they rolled by homes and offices. Google pled ignorance, blaming the glitch on a rogue engineer.

“The project leaders never wanted this data, and didn’t use it or even look at it,” Google said.

Still, the company did not appear enthusiastic about cooperating with the ensuing investigations. Last year, the Federal Communications Commission fined Google $25,000 in connection with the matter, in part because it did not hand over emails and other material that could have shed light on what actually happened. At the time, Google said it did not agree with the FCC’s characterization of its response.

The FCC’s settlement did not impact the separate investigations that opened at the state level and in the European Union, where the fury was particularly intense. Some nations have challenged the project; in others it continues unabated.

Slap on the Wrist

“It is pretty clear that Google has established itself as a serial privacy violator, and this settlement will do little to change that,” John M. Simpson, director of the Consumer Watchdog Privacy Project, told the E-Commerce Times.

The consumer campaign to educate people on WiFi is particularly toothless, Simpson suggested. “They’ll post a video on YouTube, driving people to their platform where even more information will be collected about them.”

However, some people need a primer on the basics, noted David Axtell, practice shareholder with Leonard Street and Deinard.

“According to information that has been disclosed, Google appears to have gathered data from open WiFi systems,” he told the E-Commerce Times.

People need to learn to use the security available on their personal WiFi routers to at least require a password for connecting and to use encryption, Axtell said.

Google did manage to avoid the worst of what the government could have thrown at it, he acknowledged. When Google defied requests for information from the FCC, it could have levied a much higher fine than the $25,000. The worst-case scenario at the federal and state level would have called for fines of $50,000 per incident.

“The potential liability was therefore huge, but a lack of cooperation and proof may have doomed the investigation,” Axtell said.

“Ultimately, the most important court is the court of public opinion,” he added. “Google engages in a dramatic amount of data collection and processing to identify individuals, their preferences, and their buying habits.”

What the settlements do accomplish is providing some transparency to the consumer about Google’s practices, observed Axtell.

GPS and the Law: You Can Run but You Can’t Hide 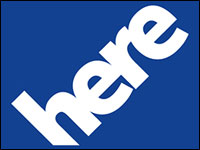