ISPs Agree to Mete Out Punishment for Illegal File-Sharing 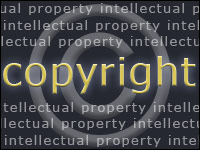 Comcast, Cablevision, Verizon, AT&T and Time Warner Cable have promised to be more proactive in alerting possible copyright violators using their networks in a voluntary agreement with the music and film industries.

Although there are some missing details, the basic premise is simple: When an individual has been identified as possibly misusing the networks by illegally transferring content, a so-called “Copyright Alert” will be issued.

A series of six alerts will be sent in electronic form to the customer. When people ignore the alerts, “mitigation measures” will be applied, although terminating the subscriber’s account is not among these penalties.

The mitigation measures may include throttling back Internet speeds or redirecting users to a landing page until they get in touch with their ISP “to discuss the matter” — or acknowledge that they’ve read educational information about copyright laws. ISPs are free to take any other measures they consider necessary to address the problem.

Subscribers will have the opportunity for an independent review to determine whether they are being unfairly identified. ISPs are not required to provide subscribers’ names to rights’ holders under the agreement.

None of the ISPs involved in the agreement responded to the E-Commerce Times’ requests to comment for this story.

While this concept has been discussed for years — ever since the RIAA pulled away from its mass lawsuit strategy — some of the details are still unclear. For example, the ISPs’ exact role needs some clarification, said Hillel Parness, a partner with Robins, Kaplan, Miller & Ciresi.

“From what has been described, the ISPs are not so much acting as police, as responding to notices sent to them by the copyright owners, which is similar to the notice-and-takedown structure imposed by the DMCA,” he told the E-Commerce Times. “The materials do not discuss whether the ISPs will be affirmatively seeking out infringing activity, but the suggestion is that they will not be.”

It is likely that a lot of false positives will result.

“The fact that they are building in the “independent review” procedure seems like an acknowledgement of that,” said Parness.

Determined file sharers will able to continue to mask their Internet activities, but they tend to be in the minority, he noted. “I also expect that the ISPs are constantly working at finding ways to overcome such efforts.”

The agreement peels back some protections ISPs have enjoyed for many years, Robert J. Scott, managing partner of Scott & Scott, told the E-Commerce Times.

“ISPs have been operating in this safe harbor world created by the Digital Millennium Copyright Act, which provided them protection if they didn’t know illegal content was being transmitted over their networks and if they weren’t notified,” he explained.

With the ISPs becoming more proactive, they leave themselves open to accusations of selective enforcement or favoritism, Scott said.

With this possible liability exposure, it is fair to wonder why the ISPs would bother.

There are many reasons for them to cooperate, according to Parness — from improving relationships with customers and content makers to realizing greater cost savings by implementing a standard approach.

Another possibility, he said, is that the ISPs may believe that reduced use of P2P systems will lessen the strain on their networks. 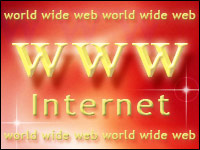