The crux of this complicated back-and-forth is Apple’s contention that tablet makers Samsung and Motorola have infringed on various elements of the iPad’s intellectual property, including how it is designed. 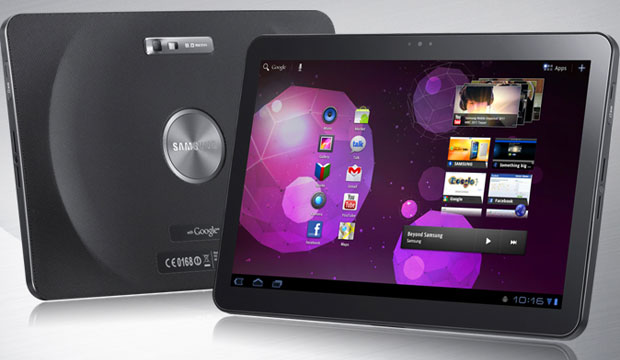 The German court placed the preliminary injunction on Samsung last month, just as the company was getting set to market it in Europe. Days later, it hesitated over the question of whether a German court could ban a company headquartered in South Korea from selling throughout Europe.

Besides this preliminary injunction, Samsung also must contend with another issued by a court in The Hague, Netherlands, banning the company’s Dutch subsidiary from selling the Galaxy or the Ace smartphone in Europe.

The parent company, Samsung Electronics, however, is not subject to either of these injunctions and is free to sell the device on the continent. Still, the injunctions are problematic, as they complicate Samsung’s logistics strategy — both the Netherlands and Germany are chief distribution points for most pan-European operations.

Such considerations, though, are just a sideshow to the main question: What will be the ultimate fate of the Galaxy in Europe?

The Many Venues to Keep Fighting

Samsung is not giving up. It plans to immediately appeal the ruling as well as aggressively pursue Apple for its ongoing violation of Samsung’s wireless technology patents around the world, it says in a statement provided to the E-Commerce Times by spokesperson Kim Titus.

Samsung does have options at its disposal, albeit complicated ones, according to the Foss Patents blog.

It can appeal the preliminary injunction to a higher regional court, possibly getting it lifted in a few months.

Also, this injunction does not impact the main proceeding before the regional court, which is expected to take a year and can be appealed.

If, after the appeals process is exhausted, the regional court has decided the preliminary injunction was the appropriate measure, it stays in place and becomes a permanent injunction, FOSS continues.

If it decides it was an error, Samsung may sue Apple for damages.

Apple did not immediately return a call from the E-Commerce Times.

Community Design and Other Issues

One of the legal arguments Samsung is pursuing challenges Apple’s claims that it has patented what many consider to be generic characteristics, such as the tablet’s size.

“We also believe that by imposing an injunction based on this very generic design right, this ruling restricts design innovation and progress in the industry,” Samsung says in its statement.

Apple owns a Community design right that covers the appearance of product design as a whole or in part, noted Will Trueba, a founding partner with the law firm of Espinosa Trueba.

In this case, Samsung would be best off attempting “to invalidate the Apple patent by finding industrial designs that pre-date Apple’s patent and disclose similar “minimalist” design elements,” he told the E-Commerce Times.

The good news, for Samsung, is that since patent rights are based on each particular country’s laws, the ruling by the German court should have very little bearing on the decisions by courts in other countries.

However, the design issue is just one small piece of the two companies’ legal fight, continued Trueba.

“Some of the suits filed in other countries relate to other intellectual property rights, including utility patents and copyrights,” he said.

In the bigger picture, this is just one episode illustrative of how easy it is to abuse patent laws on both sides of the Atlantic, Ryan Radia, an analyst with the Competitive Enterprise Institute, told the E-Commerce Times.

“Both regimes suffer from serious problems. For example, the recent acquisition of Motorola Mobility by Google was largely a defensive move intended to better position Google to defend itself against patent litigation,” he pointed out.

Patent laws exist to protect the creation of new ideas and inventions, Radia said, but at the end of the day, “there is nothing inherently novel about the shape or look or size of the iPad. I suspect Samsung will ultimately be vindicated, but in the meantime it is locked out of important markets in Europe.”

Galaxy S II Whirls Into US