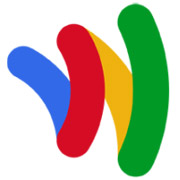 Google on Wednesday introduced the Google Wallet Card, a debit card that gives people instant access to the funds they have stored in Google Wallet.

The card works like a traditional debit card, so users can swipe it to pay at a restaurant or store, for instance, or use it to get money from an ATM. The card is funded via Google Wallet, which gets its funds from a linked bank account or credit card or via funds loaded directly into the account.

The Google Wallet Card does offer a few advantages over traditional debit cards, though — most notably, the absence of any fees.

Google no doubt hopes that the launch of the new debit card will give some marketing oomph to the faltering Google Wallet, a near field communication-based virtual wallet offering launched in 2011 that never seemed to get its stride. That struggle has been due in part to the fact that retailers did not flock to install the necessary point of sale equipment; among many consumers, meanwhile, there is a lingering reluctance to use mobile devices as a payment mechanism — even now, with smartphones practically new appendages for most people.

In addition, people who are willing to use their smartphones as payment mechanisms don’t tend to do so on a regular basis.

While the number of smartphone users processing payments by tapping a device has grown — from 40 percent last year to 46 percent this year — few see mobile payments as actually replacing card or cash transactions, a recent Harris Interactive survey found.

Enter the Google Wallet Card, which neatly addresses all of these challenges. Retailers can accept it just as they do MasterCard debit cards. As for consumers, who are well-accustomed to debit cards already, a no-fee alternative from Google may just be tempting enough to win them over.

CU Wallet, for example, is a collaborative credit union-owned and -directed mobile-payments technology provider that was developed in response to credit union customer demand, Paul Fiore, the company’s CEO and founder, told the E-Commerce Times.

Yet Google’s debit card is facing competition from more than just traditional finance providers, Ian Gertler, chief marketing officer for Symplegades, told the E-Commerce Times. Moreover, many of these contenders have a head start on Google, as their products have built up considerable momentum in recent years.

Square is one example, and it continues to build on its momentum with new innovations such as Square Cash, Gertler said.

“Then we have PayPal — probably the most important component of the eBay empire,” he noted.

Coin, meanwhile, is a brand-new entrant that Gertler thinks has made enough of a splash for it to become a Google acquisition target one day.

Google, though, may well have other goals in mind than just accumulating market share in a profitable business niche. Specifically, with more people using Google Wallet via the debit card, it will theoretically have more access to purchasing data — which will help it better develop and tweak its products and services as well as sell more tightly targeted ad products.

“The Google Wallet debit move is part of the big shift to technology merging with content, commerce and community,” Gertler said. “This offers people to continue the one-stop-shop of every app and convenience via Google.”