Andreessen Horowitz is investing US$100 million in GitHub, the San Francisco startup that provides online resources for software programmers. It’s the largest investment the venture capital firm has ever made.

Github’s acceptance of the cash is notable. Unlike many startups, the company has been profitable since its 2008 beginnings, and it’s turned down investment offers in the past.

But the two companies were mutually won over by leadership hoping to take the software development industry to new heights, wrote Peter Levine, an Andreessen Horowitz general partner, and Tom Preston-Werner, GitHub’s CEO. Levine will join GitHub’s board of directors.

Though GitHub had turned down investment opportunities in the past, Preston-Werner said the company was impressed with an essay that Andreessen Horowitz cofounder Marc Andreessen penned in The Wall Street Journal that proclaimed “software is eating the world.”

Software development, Andreessen said, was expanding outside the tech industry and would be an integral part of major global industries. GitHub, Levine wrote on Monday, was the company to take that development forward.

Part of the reason Andreessen Horowitz liked GitHub over some of its competitors was the company’s mutual enthusiasm over open source software. That’s the correct area to place focus, said Jeffrey Hammond, principal analyst at Forrester. As software programming expands across industries and more amateurs have to learn coding techniques, GitHub is the first stop they go.

“When you look at the size of this investment, you have to look at why GitHub is special,” he told the E-Commerce Times. “And that’s because of their focus on open source. It is becoming the core of the system, and GitHub is at the center of that. We’re looking at the evolution of open source. It really drives the industry right now, and when you’re looking to get into that building process, the center of the equation is GitHub.”

Developments in content management, the cloud and mobile and social applications wouldn’t have been possible without open source coding, and Andreesseen Horowitz understands that GitHub is the place many of those programmers gather, he said.

“We’re seeing a changing generation of software development, and GitHub is at the core of that,” he added. “Part of the reason is its design. Many GitHub employees are designers, not just developers, so its approachable and easy to attract the designers that are just starting out. It’s consumer-0friendly.”

The company also has a tight-knit startup team with a visionary focus that is right for a developing industry, said Bart van der Horst, partner at iChannel Group and analyst at GigaOM Pro.

“Finding the right talent that can develop elegantly is the key to success in my view,” he told the E-Commerce Times.”Tools to manage the development process are good as the software development gets more and more complicated.”

With the newfound cash, GitHub said improving its tools for Mac and Windows computers, as well as developing across platforms like Linux and mobile operating systems, is a priority. Making open sharing simpler and more prevalent will also be critical, said Preston-Werner

The improvements to the online programmer community could mean this is just the first of many major shake-ups as the market continues to expand across multiple platforms, said van der Horst.

“It’s a good investment by Silicon Valley standards, and HP, Oracle or IBM could be potential buyers in a few years when this market has taken more shape,” he said.

Neither company responded to our requests for further details. 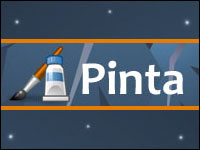 Image Editing Is a Snap With Pinta

Linux and the Giant Breach