Amazon Pulls a Twitch on Google 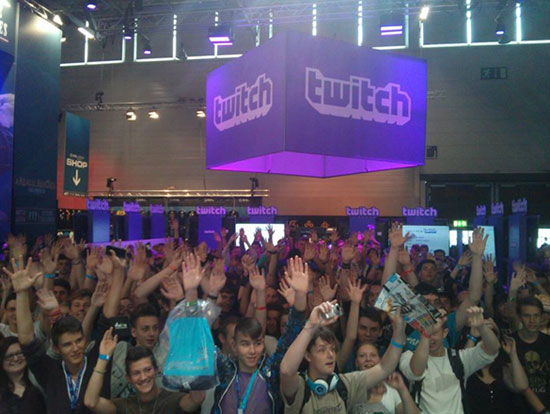 Amazon on Monday announced an agreement to acquire Twitch Interactive, a real-time video platform for gamers. Prior to the disclosure, rumors had been building that it was on track to snatch Twitch from Google, which reportedly had been very close to buying it.

The pending acquisition was rumored to be for upwards of US$1 billion. However, Amazon said it was buying the company for approximately $970 million in cash. The deal is expected to close in the second half of this year. Twitch’s shareholders already have approved it.

Twitch launched in June 2011. By July of this year, it had attracted more than 55 million unique visitors who viewed more than 15 billion minutes of content on the platform. Participating broadcasters range from individual gamers to pro players, publishers, developers and media outlets to conventions and e-sports organizations.

“Broadcasting and watching gameplay is a global phenomenon, and Twitch has built a platform that brings together tens of millions of people who watch billions of minutes of games each month from The International, to breaking the world record for Mario, to gaming conferences like E3,” said Amazon CEO Jeff Bezos.

“Like Twitch, we obsess over customers and like to think differently, and we look forward to learning from them and helping them move even faster to build new services for the gaming community,” he said.

Put another way, Amazon was inspired to push for the acquisition because of Twitch’s mindshare, to say nothing of its growing and very loyal subscriber base, Holt Foster, an attorney with Thompson & Knight, told the E-Commerce Times.

“This is an extremely dedicated fan base, a majority of whom spend more than 10 hours a day online. This online gaming audience is the fastest-growing sector of the global gaming community and represents an expanding cache of content and streaming capabilities,” he said.

“In short, in one fell swoop, Amazon could obtain the online content cornerstone that would make its online steaming become front of mind to the most lucrative demographic on the Internet,” Foster pointed out.

For these same reasons, Amazon likely is poised to make an advertising move, according to Barry Randall, technology portfolio manager for Covestor.

Amazon recently launched a program to sell advertising in front of its video content, and it clearly is interested in generating more of the content it sells, he noted.

Google could have bought Twitch with similar motivations and monetization plans, and it would have been just as capable of handling Twitch. Further, Twitch would have been a better fit at Google, Randall noted, because of Google’s experience in handling user-generated content through YouTube.

Google typically can acquire just about any company it chooses, and the gaming industry is richly populated with competing platforms. If it wants to, it will find another platform to fill the hole where Twitch was supposed to go.

Still, there must be something special about Twitch to capture the attention of two of the largest tech companies in the U.S.

Twitch is successful because it understands the needs of its ecosystem, explained Julian Wheeler, strategy and marketing director of digital media at Interxion.

Producers want highly engaged audiences because it creates loyalty toward games, Wheeler said. They also want new monetization opportunities. and that drives them to create ever more interesting games for players.