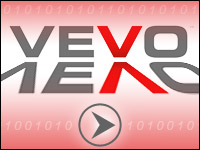 Vevo, an online music video site seeded with close to 15,000 videos from 5,000 artists, has launched. Unlike other online video sites — Joost, for example — Vevo is launching with impressive backers: Google and Universal Music Group, its original founders; Sony Music Entertainment, which joined later this year; and AT&T, which is providing advertising support. Abu Dhabi Media also signed on as a backer, making an impressive US$300 million financial contribution to the project this summer. The latest participant to join Vevo is EMI Music.

YouTube is providing the video-streaming technology to support the site; there is also a Vevo YouTube channel.

Vevo was unable to provide the E-Commerce Times with comments in time for this story’s publication.

The site could revolutionize the way consumers listen and watch music online.

“It will be to music what Hulu is to the TV,” Mary Spio, president of Gen2Media, told the E-Commerce Times.

For the music video industry, Vevo promises to create a revenue opportunity through advertising, she continued, which is something that has not yet been successful — at least, not on a wide scale.

iTunes, the online music industry’s major success story, is driven by purchases of single-track songs, movies and TV shows priced anywhere from 99 cents to $9.99. Also, iTunes never could have launched without the formidable financial backing of Apple.

Vevo will create a revenue opportunity for the music-video industry through advertising.

“No one is going to pay to watch music videos,” Spio noted. Consumers are used to music videos being a promotional tool, just like radio, and the frequency is what drives sales.”

On the day of Vevo’s launch, much of the site was not working, noted Frost & Sullivan’s Dan Rayburn.

For example, one of the top videos on the site was 50 Cent’s “Do You Think About Me?” This reporter made several attempts to watch the video, but it wouldn’t load.

“It is absurd for a company backed by Google, with all its infrastructure and tech background, to, on day one, have videos that don’t play,” Rayburn told the E-Commerce Times.

Users received an error message stating that their request could not be processed.

Vevo tweeted that it was having tech difficulties the night before its launch, but that doesn’t excuse the lapse, in Rayburn’s view. “It is embarrassing for Google and UMG to have famous artists talking about a revolution in online music at some star-studded launch party the night before, and then have a site that doesn’t work.”

The problem is that Google has become accustomed to receiving nothing but accolades for YouTube, said Rayburn.

“The conversation has never been about YouTube’s poor quality or other problems,” he observed, “but these all contribute to a poor customer experience on the site.” 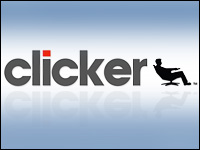