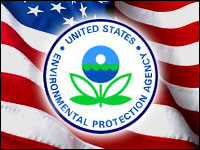 A sales representative for a large electronics recycler in New Jersey is contacted by a Hong Kong-based importer seeking to buy CRT monitors. The buyer is worried about any U.S. laws that regulate such exports. The electronics recycler’s response? Essentially, he told the importer it was only the laws at the port of Hong Kong that should concern him.

Technically speaking, this anecdote doesn’t quite reflect the truth. In January 2007, the Environmental Protection Agency began regulating the export of items with cathode-ray tubes — electronic components that are particularly harmful because they can contain as much as four pounds of toxic lead. Under the 2007 rule, U.S. companies must notify the EPA before exporting CRTs.

However, the New Jersey-based sales rep was correct in one respect: The prospective buyer — a fictitious one, as it turned out — really didn’t have to worry about the relevant U.S. rules at all.

A new report from the Government Accountability Office — relating the findings of investigators who went under cover to see how well the rule was followed and enforced — concludes that on both counts, the United States is falling woefully short.

GAO officials posed as foreign buyers of broken CRTs in Hong Kong, India, Pakistan, and other countries. Forty-three U.S. companies expressed willingness to export such items, including some firms that shamelessly boast about their environmentally friendly practices on their Web sites and host Earth Day recycling events, the agency said.

This dismal record is worsened by the fact that there are many other electronic components that should be on the EPA’s list of exports that need to be regulated, because they are equally dangerous.

The EPA disagreed with the accountability office’s recommendations to tighten enforcement and broaden the rules to include other electronic products. It didn’t want to build an extensive compliance monitoring and enforcement program around the CRT rule — or any other individual provision, according to the report. The EPA preferred the voluntary approach currently in place.

The GAO counters that its findings cast serious doubt about the effectiveness of this strategy. “Overall, we believe that nothing in EPA’s comments changes the reality that the United States’ regulatory coverage of exported used electronics is among the narrowest in the industrialized world and that the little regulation that does exist has been enforced to only a minor degree.”

Environmental activists, it is hardly surprising to say, agree with the GAO findings.

“This issue is something we have been trying to bring to the government’s attention for the last eight years,” Silicon Valley Toxics Coalition Executive Director Sheila Davis told the E-Commerce Times. “The government is not being held accountable for enforcing the laws — which are already inadequate, anyway — that are on the books. We, as a country, need to be much more responsible in what we export to the rest of the world.”

The GAO’s revelations will no doubt be a slap in the face to well-meaning consumers who participate in e-waste recycling programs. Only a small portion of them appear to be valid endeavors.

The costs associated with recycling and refurbishing often outweigh the revenue received from recycled commodities or refurbished units, notes the GAO report. By contrast, selling these items for export can bring in revenue.

“According to EPA, a vast majority of used electronics (including their component parts and commodities) donated for reuse or recycling are exported, both responsibly and irresponsibly,” the report says.

“There is no hard data on this because, to a certain extent, it is underground trade in violation of international law — although not always U.S. law,” Robert Houghton, president and CEO of Redemtech, an asset disposition service provider, told the E-Commerce Times.

“This problem is highly prevalent throughout the industry,” he added.