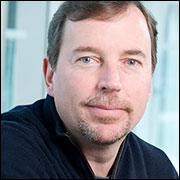 Former Yahoo CEO Scott Thompson will be the new leader of ShopRunner, taking over the e-commerce site about two months after he left Yahoo amid a scandal.

ShopRunner announced the hire on Monday; former CEO Mike Golden will remain at the company as president.

ShopRunner partners with more than 60 retailers — such as Toys ‘R’ Us, American Eagle Outfitters and Sports Authority — and offers unlimited two-day shopping with free returns for US$79 per year.

Thompson and Golden met about three years ago at a dinner meeting, and Thompson joined the startup’s board when it launched 22 months ago. Golden said he knew immediately that Thompson was someone who could play an integral part in the site’s growth.

“From that moment on it was clear that we truly shared a passion for building the premier retail network and then leveraging the strength of that network to create superior value propositions for consumers and help our partners, sell more things, to more people, more often,” Golden said in a letter provided to the E-Commerce Times by Chris Prouty, senior account executive at Schwartz MSL.

Most recently, Thompson was the CEO of Yahoo, where he was ousted after it was discovered a resume that had been circulating for years — and even filed with the Securities and Exchange Commission — had been embellished. Thompson claimed a dual degree in accounting and computer science, but actually has a bachelor’s degree only in accounting.

Shortly after leaving, Thompson revealed he had cancer, but he told BusinessWeek that after surgery and treatments he is currently cancer-free.

In the announcements from ShopRunner surrounding Thompson’s hire, ShopRunner’s leadership did not discuss Thompson’s departure from Yahoo and did not indicate it would be a problem going forward.

ShopRunner is hoping that Thompson will help accelerate its fast growth trajectory. The site is trying to build a network of retailers that ShopRunner can include in its arsenal. It is also expanding its membership offerings.

Next year, members can buy a service called “PayRunner,” which will include a more convenient two-click checkout and the option to pick up a package at designated ShopRunner locations.

The current leadership at ShopRunner appears to be convinced Thompson will be a CEO who can help them grow, based on his experiences building PayPal.

While there are fundamental differences between PayPal and ShopRunner, the companies share success since they focus on “building the broadest network of satisfied merchants,” Thompson said.

The site can’t compete if Thompson doesn’t help ShopRunner grow, but he has the experience to make that possible, said Mark Ballard, senior research analyst at Rimm-Kaufman Group.

“The success of ShopRunner will hinge on its ability to bring more retailers into the fold,” he said, “and Scott Thompson’s experience helping PayPal achieve ubiquity across e-commerce sites should serve him well in his new role.”

Though Thompson may be the man for the job, he doesn’t have an easy road ahead turning ShopRunner into an e-commerce leader, said Ballard. The site’s main competitor, Amazon, has a much larger and more established network of customers and providers, and it also offers additional bonuses with its Amazon Prime shipping deal, including free digital streaming content.

If Thompson and the rest of the team at ShopRunner can’t grow the site quickly, it might be unable to hold its own against Amazon’s prowess, said Ballard.

“ShopRunner will need to convince the average consumer that shipping upgrades for a patchwork of sites are not only worth a yearly fee, but one that is on par with Amazon Prime, said Ballard. “With Amazon already offering streaming media content with its Prime program and possibly moving to a one-day shipping option, ShopRunner may need to move very quickly just to avoid losing ground.”