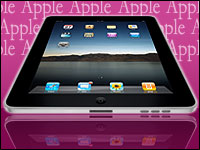 Apple lands the top spot among PC makers for the holiday quarter — as long as the iPad is included in the figures, according to the latest report from Canalys.

The market research firm, which includes tablets in its worldwide PC numbers, reported this week that overall PC shipments increased 12 percent in the fourth quarter of 2012, with 134 million units shipped during the holiday season.

Tablets accounted for more than one third of those units with 46.2 million units shipped, a 75 percent jump from the same quarter a year ago. In total, 114.6 million tablets shipped in the year.

Apple was last quarter’s PC leader, snagging a 20 percent share of the PC market. It shipped 27 million units in the last quarter of 2012, 22.9 million of which were iPads. The Cupertino company sold 4.1 million Macs. Apple has said both Macs and iPad Mini sales could have been higher if not for supply constraints.

HP took the second spot, shipping 15 million PCs, followed by Lenovo’s 14.8 million computers shipped. Samsung was also able to appear in the top five for the first time, thanks to its tablet sales. The company grabbed a 9 percent market share on the quarter, shipping 11.7 million units. Those figures gave it a fourth place finish ahead of Dell, which shipped 9.7 million units, a 19 percent dip from the same time a year ago.

The addition of tablets also helped Amazon gain traction in the market. The online retailer shipped 4.6 million tablets in the fourth quarter.

Not all research firms include tablet units when counting PC shipments. Canalys believes the market has shifted so drastically in recent quarters that it’s time to redefine the traditional ideas of computers, said Tim Coulling, analyst at Canalys.

“We feel there is a certain amount of cannibalization going on, and that you really need to look at the tablet and PC markets as a whole, because it’s at the moment where the majority of people are using both devices,” he told the E-Commerce Times. “The future is mobile, and most of the things that people would want to do with a PC, you can do on many tablets. There is a massive shift going on, but people are stuck in their views as to what a PC is.”

There’s no doubt the advent of the tablet has transformed the industry, acknowledged Ezra Gottheil, senior analyst for computing practice at Technology Business Research.Providing tablet versus PC sales figures might provide an interesting comparison, but the two markets are still separate enough that they should be counted as such.

“It gives you some perspective to count both, and it says how big Apple’s share of the market is when it covers both PCs and tablets,” he told the E-Commerce Times. “But the only way you could count the whole market that way is if there was 100 percent cannibalization, but that’s not what’s happening. PCs are not completely going away.”

Even if the PC market isn’t disappearing, the Canalys report shows that it is a tough time to be a traditional computer vendor. Microsoft did not place in the top five in worldwide PC shipments on the quarter despite launching its revamped Windows 8 operating system. Only about 3 percent of the tablets shipped in the fourth quarter ran on a Microsoft OS.

“The major players like Dell and Microsoft became over-reliant on the traditional PC,” Coulling said. “That’s not what is driving the industry now, though. What’s driving it is innovation, and they’re kind of stuck in limbo.”

Many PC and tablet makers are hoping to break free from that limbo with a new type of product, said Coulling. “Growth is going to come if you can offer innovative form factors such as hybrids, which can be the future of the PC business,” he predicted.

The old PC form factor is still relevant, argued Technology Business Research’s Gottheil. The most important next step for companies like Dell, HP and Microsoft will be carving out a place in the evolving market. For Microsoft, that may be coming with a slow but steady adoption to new and improved Windows 8 RT hybrid devices. Other vendors are hoping that the enterprise and business services markets can be catalysts for growth.

“The companies that can sell effectively into the enterprise are HP, Dell and Lenovo, and that’s always been the higher profit part of their business,” he pointed out. “For HP and Dell, that’s also an entry point for the more profitable parts of their company such as business solutions and software. Enterprise is where everyone is still going to need a PC.”