Can mSpot Find a Sweet Spot in the Music-Streaming Scene?

The early-entry, established companies continue to wrestle for dominance in the streaming music space. We have Pandora, Jango, Last.fm, and Google Music is yet to come.

Now, though, a small newcomer is in the game, and it joins the fray with an angle. mSpot has just finished its private beta period and is now publicly available.

Rather than streaming music users may like based on their preferences for artists or genres (like Pandora) or to which they’ve already purchased licenses but may not have access while at the office or with their smartphones (like Jango), mSpot takes the actual songs users have purchased and uploads them to a cloud service, along with any additional information the user has attached via iTunes or Windows Media Player, including user-entered data such as ratings and song information.

Have It Your Way

“Everyone with an iTunes account but without an iPhone or iPod touch will find something like this appealing,” Greg Sterling, founder and principal with Sterling Market Intelligence, told the E-Commerce Times. That is, those users who want to take their music on the road, but have an Android-based smartphone (that’s the only mobile platform supported presently) now can have their music available on their mobile devices while on the road.

mSpot works over 3G, 4G, and WiFi networks, according to the company. The music can be accessed from a home or work computer or a mobile device. A jukebox-type player installs to all major Web browsers on PCs or Macs, including Internet Explorer, Firefox, Safari and Chrome. Users can create playlists and choose which of the music they already own to sync to the cloud.

mSpot touts the synching software’s ability to accomplish what it calls “progressive downloads,” which make a copy of a song on a local device (a phone, perhaps) so that playback continues as a user goes in and out of network coverage. The player also masks playback interruptions. The software currently only supports Android devices, but the company says other smartphone support is on the way.

Users maintain control over the phone storage allocated to mSpot, so that other storage-intensive items, such as photographs, don’t get bumped off their mobile devices. The music uploader operates in the background on the PC or Mac on which the music is stored, and it manages the day-to-day syncing of new music to the cloud.

To be sure, this latest player comes into a market space already full of heavyweights. The gamble may be worth it, though, especially as the smartphone wars heat up. “This could help Android and other mobile devices close the ‘music gap’ with Apple,” posited Sterling.

The company faces a range of challenges as it muscles its way through the crowd, however. With caps on cellular data usage coming to the fore, users on some wireless networks may choose to sync music directly to their smartphones, explained Josh Martin, senior analyst with Strategy Analytics. The addition of either on-board or card-based storage to a range of smartphones makes synching music less of a pain point for users, he told the E-Commerce Times.

The looming but not-yet-here spectre of Google Music also presents a challenge, said Martin. While the service currently is vapor-ware, the window for getting established may not be open for long. The race is on now for who will solve users’ new pain point: data caps. “It doesn’t mean that there is no room for these services, but it will likely limit interest,” Martin added.

Working Your Digital Assets to the Bone 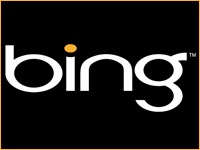