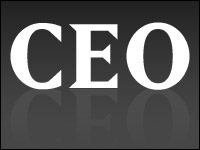 One 24-hour news cycle later, the story line is completely different. Unnamed sources are telling news media that Dunn hurriedly left the company after an investigation was launched because of an inappropriate relationship with a female employee.

The latest revelations amount to the other shoe dropping. On Monday, it appeared that Dunn and Best Buy were parting ways with no disagreements between them. A change in leadership was needed to address the challenges facing the company, the official statement suggested. Yet the timing seemed odd.

To be sure, Best Buy is facing a host of problems, not the least of which are its eroding margins due to online commerce. Still, the news of Dunn’s departure came as something of a surprise, as the company had just announced a major reorganization plan two weeks prior that included closing 50 stores and launching a newer, smaller retail format.

Normally, CEOs don’t shake up a company in preparation for a major change only to abruptly leave.

That mystery was cleared up somewhat by a Best Buy spokesperson after trading hours. It came to light that Dunn chose to resign following the initiation of a probe into his personal conduct.

The investigation was not related to Best Buy’s operations or financial controls, the spokesperson said, even though she cited the involvement of an audit committee.

Twenty-four hours after that first indication that something was amiss, the unsubstantiated reports of an inappropriate relationship with a female staffer emerged.

Best Buy did not respond to our request to comment for this story.

“I can’t say I am surprised,” Rob Enderle of the Enderle Group told the E-Commerce Times. “We see this on and off with CEOs across all industries. [Former HP CEO] Mark Hurd comes to mind as the most recent high-profile case. They just think the rules simply don’t apply to them.”

Some incidents involving CEOs and unseemly relationships with subordinates have become the stuff of legends, Enderle added, pointing to one well-known CEO, who, in his younger days, was rumored to offer subordinates luxury cars to have sex with him.

It may be more than just a relationship between a top executive and a subordinate, however. A sexual harassment suit could be brewing, speculated David Johnson, principal with Strategic Vision.

The rapid series of events — a major reorganization one week, a CEO decamping fourteen days later — suggests that the public may find out sooner rather than later what has happened behind the scenes, he said.

“To me, all of this says Best Buy is either anticipating a lawsuit or they expect that a major story is about to break that will detail everything that is happening,” Johnson told the E-Commerce Times.

“Everything Best Buy is doing is a classic response to a forthcoming crisis — launching an investigation, pushing the likely offender out of the door,” he concluded.

Scandal or not, there were growing drumbeats for a change at the top at Best Buy.

“Significant losses for the last two year and percentage decline in store sales are an obvious indicator that the firm has failed to make shift in a timely fashion,” David Cadden, a professor of management in the School of Business at Quinnipiac University, told the E-Commerce Times.

Too Little, Too Late

Dunn’s slowness to respond to shifting market and industry trends was a perfectly justifiable reason for firing him, in Cadden’s view, apart from any charges of impropriety.

“Many have commented that the basis of using the large store format has been a questionable strategy for some time,” he said. “Moving to close large stores and open smaller, perhaps boutique stores may be too little and too late.”

If it is not, Cadden continued, Dunn has not shown he is capable of executing such a strategic shift.

Who Cares About Software Freedom?