Just over a year ago, business-to-business (B2B) e-commercewas all the rage. So, what happened?

According to a report released by GartnerG2, movingbusiness processes online turned out to be harderthan it seemed initially.

Creating and implementing the technology needed for B2B e-commerce was the easypart. The difficult element of the equation was movingthe buyer-supplier relationship onto the Web.

Since the beginning of the Internet boom, some business-to-consumer (B2C)e-tailers have managed to gain consumer trust andbreak away from the pack. But according to GartnerG2analyst Gale Daikoku, developing a relationship withpotential customers is more complicated for B2B companies.

In addition, many B2B companies discovered that therewas no money in transaction-based e-marketplaces, sothey are now refocusing their business plans on developingsoftware and infrastructure.

B2B also has been hampered by a lack of industrystandardization for e-commerce technology, and globalB2B has been impeded by disparate languages, taxes andcurrencies.

Yet another problem that has plagued B2B is what Giga InformationGroup analyst Andrew Bartels calls an “asymmetryof interests.”

Large companies have been veryinterested in B2B e-commerce because of potentialcost savings, he said, but small and mid-sized companies havebeen reluctant to go online because they have fewer resources and tend to be more conservative.

Asymmetry also exists between buyers and sellers, he noted.Whereas buyers are in favor of using the Web for salestransactions, sellers are worried that B2Be-commerce will force them to compete purely on thebasis of price.

“Small companies know they do not have the scale to bethe low-cost provider — they focus on better service,quality and reliability,” Bartels told the E-Commerce Times.

“They are afraid that as their larger brethren start buying online aggressively … the sellers will be forced to play a price competitiongame and lose.”

According to Bartels, in order for B2B to rise again,three things need to happen. First, the cost of entrymust come down through the revival of the ASP(application service provider) model.

Because companies must wait a year or two to receivetheir money under the ASP model, when investorsstarted looking for immediate profits, a lot of ASPswent back to licensing in order to get their money upfront, Bartels said.

A return to ASPs, which haveexpertise and credibility in outsourcing, willbring down the price of B2B e-commerce.

“Another factor is that while suppliers are nervousabout selling online, pressure from buyers willincreasingly force them to,” Bartels said.

Last, there must be a shift from onlinetransactions to online collaboration — includingplanning, product development and marketing — whichwill create more incentives for sellers to use the Web.

Although B2B e-commerce has had difficulty overcoming a number of obstacles, it also has slowed down aspart of a natural cycle, according to GartnerG2. Whenthe dot-com phenomenon began, there was a huge surgeof what turned out to be unrealistic expectations forB2B, which peaked in 1999 and 2000.

Expectations later fell to earth, and in early 2001, B2B entered what GartnerG2 called the “trough of disillusionment.”The situation was further aggravated by the September 11th attacks and the resulting slowdown in the economy.

But just because B2B has fallen short of the hype that surrounded it does not mean it is dead. “It seems like it failednow, but a lot of innovation is happening today behindthe scenes,” Daikoku told the E-Commerce Times.

Bartels agreed, saying, “Large companies have been doing lots of stuff electronically for a long time. It’s not as visiblebecause it’s often one company to another, but it’s there.”

Will SAP Leave Commerce One in the B2B Dust? 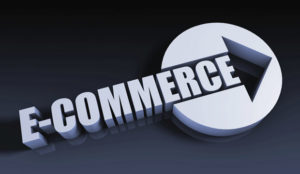 The Double Standard of E-Commerce Service

How Much Is Too Much To Spend on E-Commerce?

How To Be a Startup in a Down Economy