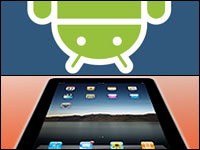 In the technology industry, imitation has always been the sincerest form of flattery — if not a successful business model for certain companies. It’s even more so in the nascent smartphone segment, so no one seems to be particularly surprised that Verizon Wireless and Google have plans to make an Android-based tablet computer to take on Apple’s iPad.

“The mobile phone business has always been a bit of a ‘me-too’ business. If anybody has a hit, their competitors always have to come up with some kind of a response,” John Barrett, Parks Associates director of research, told the E-Commerce Times. “At the end of the day, you’re not going to get fired for having a response to the iPad that doesn’t do so well. You’re going to get fired if you don’t have your own iPad. You’ve got to do something. If it becomes a runaway hit, and it was on your watch and you don’t have an answer, you’re in trouble.”

That attitude speaks volumes about the blending of hardware categories in the second decade of the 21st century and the impact that Apple is having on phones, mobile devices and consumer electronics in general. The speculation about how Verizon Wireless and Google will answer the iPad has so far been based on a Wednesday story in The Wall Street Journal, in which Verizon’s CEO Lowell McAdam said the two companies were working on a tablet computer but didn’t go into specifics. Supposedly more details will be forthcoming over the next few days.

In the meantime, the story is seen as one more feather in the cap of the Android OS, now viewed as a worthy competitor by a major carrier to take its challenge of the iPhone operating system into a new category of tech products. However, Verizon Wireless and Google can’t just make their own “me-too” iPad; price, data plan variety, access to applications and hardware-based features (a webcam?) will be key differentiators if the companies want to carve their own A-list initials in the tablet computer segment.

“Is this going to be the Nexus One of tablets?” asked Altimeter Group’s Michael Gartenberg, referring to the troublesome start for the first real “Googlephone,” which rapidly lost carrier support. “Android can be a very compelling platform for a hardware vendor. If you’re an HTC or Samsung or LG or Dell, you know you have a platform that you can build a tablet on. But Android is so optimized for phones. That’s something that Google is going to have to change over time. Can they do it? We’ll see. It took a long time for Android to mature on the phone, even with the speed that Google has delivered revisions.”

Consumers who have seen a variety of Android OS versions slotted into a wide range of smartphones from a variety of vendors may be hoping for a touch more consistency with Android-powered tablets. Open source has its appeal to developers and vendors who can put their own touches on the OS, said IDC analyst Al Hilwa. However, “there’s the risk of fragmentation, because these devices may not look alike. In order to be a serious competitor to what Apple is doing, you’ll have to button down these devices and make them look alike. The whole has to be greater than the parts. Every device maker will have its own tweaks to the UI, and that may not be seen as attractive by users” who may be currently wondering why certain apps and features that are available on the new HTC Incredible may be missing from their Samsung Moment. Generating the same kinds of questions among several Android OS tablets is asking for trouble, Hilwa told the E-Commerce Times.

There’s no question that Verizon would try to extend the success it’s had marketing its network strength over AT&T’s perceive support issues into a new tablet category. “The operators do matter,” Barrett said. “There are any number of reasons why Verizon’s big message forever has been that their network is superior to others, that they offer better coverage and all the back-and-forth over that. There’s also the cost-per-minutes — family packages, company packages. All these kinds of things would come into play.”

There’s also the choice surrounding the manufacturer of the first Verizon/Google tablet. HTC is having success with handsets that blend the Android OS with the company’s Sense user interface, which lets users customize several screens with icons for apps, speed-dialed friends and family and social networking clients. “When you think of Android and software innovation, you think HTC,” Gartenberg told the E-Commerce Times. “If I were going to build a tablet and needed someone to do the hardware and build software on top to make it more complete and usable, HTS is on my short list.”

Google and Verizon, Sitting in a Tree …

A new product in a relatively new product category, courtesy of both Verizon Wireless and Google, would indicate a deepening of what so far has been a lively relationship between the two companies. Are they aiming for an Apple/AT&T-style love connection?

“Google has shown to be somewhat of a fickle lover,” said Gartenberg, extending the romantic metaphor. “In the Fall they were really hot on Verizon and the (Motorola) Droid, but maybe it’s T-Mobile over the summer. I don’t think their aspirations are only limited to Verizon, if the past is any indicator. I think they’re looking to see what they can deliver on multiple devices,” he added.

“Of all the dance partners out there, Google is an attractive one,” said Barrett. “I think the platform offers a lot, they have a lot of applications and their brand is not nearly as stodgy as others. I can see the argument” for a deeper relationship. 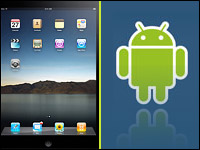