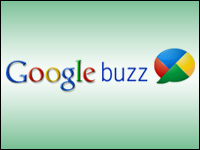 Just a week after the launch of Google Buzz, the Electronic Privacy Information Center (EPIC) on Tuesday filed a complaint with the FTC charging that the new service violates federal consumer protection law.

“This is a significant breach of consumers’ expectations of privacy,” said Marc Rotenberg, the group’s executive director. “Google should not be allowed to push users’ personal information into a social network they never requested.”

In its complaint, EPIC urges the trade commission to require that Google make the Buzz service fully opt-in. It also asks that Google stop using Gmail users’ private address book contacts to compile social networking lists, and that it give its users “meaningful control” over their personal data.

Buzz is Google’s first step onto social networking ground. It facilitates the instantaneous sharing of information like status updates, links and videos among Gmail users. For that reason, it is widely viewed as an attempt to take on the likes of Facebook and Twitter.

The service began to encounter resistance almost as soon as it was released, as criticisms emerged of Buzz’s effect on privacy. Such was the outcry, in fact, that Google has already tweaked the Buzz service twice in the days since its release.

Last Thursday, the first round of changes gave Gmail users a “more visible option” to hide the people they follow on their public profile, for example, as well as the ability to block anyone who starts following them.

For EPIC, however, those changes apparently weren’t enough.

“Google Buzz still allows people to automatically follow a user; the burden remains on the user to block those unwanted followers,” the group argues in its complaint.

Overall, “Google is engaging in unfair and deceptive acts and practices,” EPIC concludes, requesting that the FTC conduct an investigation into the service.

A Problem of Communication?

“We designed Buzz to make it easy for users to connect with other people and have conversations about the things that interest them,” Google said in a statement. “Buzz was launched only a week ago. We’ve already made a few changes based on user feedback, and we have more improvements in the works. We look forward to hearing more suggestions and will continue to improve the Buzz experience with user transparency and control top of mind.

“We also welcome dialogue with EPIC and appreciate hearing directly from them about their concerns,” Google added. “Our door is always open to organizations with suggestions about our products and services.”

CEO Eric Schmidt, meanwhile, suggested in remarks at Mobile World Congress in Barcelona on Tuesday that it was simply a problem of communication, but that no personal information was in fact disclosed, according to a report in The Guardian.

‘It Should Be a Free-Standing Service’

“We recommend that all current Buzz users immediately turn off the public list, and review their friend list before making it public again,” wrote Electronic Frontier Foundation Senior Staff Attorney Kurt Opsahl on Tuesday, for example.

“We are somewhat troubled by the manner in which Google implemented Buzz,” Paul Stephens, director of policy advocacy with the Privacy Rights Clearinghouse, told the E-Commerce Times. “I don’t think the process that a user normally goes through would necessarily make it clear to them that they were revealing information such as their email contacts.”

Google needs to “take another look” at Buzz, Stephens said.

In particular, “it should be a free-standing service,” he suggested. “It’s presumptuous to assume, based on the mere fact that someone happens to have Google email account, that they’ll want to participate in Google Buzz.”

If nothing else, the complaint underscores the care with which such new technologies must be introduced, Parry Aftab, a privacy lawyer and executive director of WiredSafety, told the E-Commerce Times.

“We’ve seen in recent years lots of miscommunication, involving Facebook, Google and lots of others, when they add or change services,” Aftab explained.

As a result, “we see lots of knee-jerk reactions from people who assume they are at risk,” she noted. “It shows how concerned people are about their personal information and keeping control of it.”

In the case of Buzz, “the biggest problem has been Google’s failure to recognize how carefully these new technologies need to be communicated to the public,” Aftab concluded.

Ironically, it’s in part because of the very social technologies Google and others provide that users are now as vocal as they are, Aftab pointed out. In the end, she quipped, such companies “may find that they’ve created a monster.” 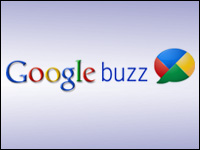