Tech Industry Rallies Around Microsoft in Data Privacy Battle With US 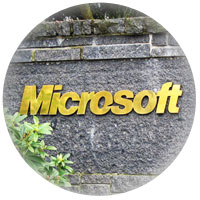 Apple, Amazon, AT&T, CNN, National Public Radio and The Washington Post were among numerous technology and media companies to support Microsoft this week, as it battled U.S. efforts to seize a customer’s emails.

A coalition of supporting organizations filed 10 amicus briefs with the U.S. Second Circuit Court of Appeals in a case challenging a U.S. government search warrant for Microsoft customer data stored on a server based in Ireland.

Microsoft filed its appeal after a U.S. district court judge rejected its argument that the warrant is illegal because it calls for the seizure of emails stored outside the United States.

Oral arguments in the case are expected to occur in summer 2015, Microsoft spokesperson Kathy Roeder told the E-Commerce Times.

“Tech companies such as Microsoft for good reason store private communications such as email, photos and documents in data centers that are located close to our customers,” explained Brad Smith, the company’s general counsel and executive vice president for legal and corporate affairs.

“This is so consumers and companies can retrieve their personal information more quickly and securely,” he added.

“We believe that when one government wants to obtain email that is stored in another country, it needs to do so in a manner that respects existing domestic and international laws,” he said.

The U.S. government’s “unilateral use of a search warrant to reach email in another country,” said Smith, “puts both fundamental privacy rights and cordial international relations at risk.”

Microsoft’s case is “a significant one, because it’s one of the first opportunities for a court to consider how domestic law enforcement can get emails in an age of global communications infrastructure,” said Hanni Fakhoury, a staff attorney with the Electronic Frontier Foundation.

“There is some faulty logic in the lower court decisions that have implications for digital privacy,” he told the E-Commerce Times.

“We hope the Second Circuit will hear what all the amici have been saying and overturn the lower court’s decision,” Fakhoury said.

The advocacy around this case so far has focused mainly on whether the warrant should apply abroad or not, but there are two larger associated issues, noted Michael Price, counsel for the Liberty and National Security program at the Brennan Center for Justice.

First is the idea that “the Fourth Amendment doesn’t come into play until someone actually looks at the data,” he told the E-Commerce Times. “That’s very wrong. We argue that the Fourth Amendment is implicated as soon as Microsoft copies the data at the request of law enforcement.”

That faulty argument, in fact, is “strikingly similar to some of the arguments we’ve heard in the NSA context,” Price pointed out.

The NSA has argued that only some 4 percent of the data it collected actually got examined, Price noted.

If the term “collection” were to mean “searching” in that fashion, however, “cops could copy laptop data without a warrant until they look at it down the road,” he suggested.

“We’re urging the Second Circuit to reject that notion,” said Price. “It’s important to recognize that the Fourth Amendment comes into play when the data gets copied.”

The other key issue is the court’s acceptance of the notion that a warrant applies abroad because it’s functionally similar to a subpoena.

“That’s highly problematic,” Price said. “We’re urging the court that a subpoena is capable of many things, but not getting email.”

There is not only “huge interest in this case,” but also “a pretty wide understanding outside the Department of Justice that there are huge constitutional and international law implications going forward,” said Chris Hopfensperger, director of policy for BSA, the Software Alliance.

“We should all be pretty concerned about our privacy,” he told the E-Commerce Times.

BSA participated in this latest round of amicus briefs, and “we would like Second Circuit to quash the subpoena,” Hopfensperger said.

To address the bigger picture, “it’s imperative for Congress to reform the Electronic Communications Privacy Act,” he added. When that law was written, in 1986, “the notion that your email would be held outside, off of your PC, was a foreign concept. Now, the idea that it’s held in the cloud is an even bigger issue to wrap your mind around.”

There are certainly implications for BSA’s member companies, but “at the end of the day,” said Hopfensperger, “the bigger problem is the impact internationally for deterring businesses and undermining the tremendous savings cloud servings provide.”

Microsoft Pushes Back Against US Data Warrant