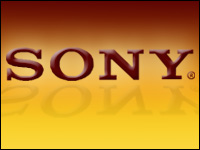 The prospect of a cheaper PlayStation 3 has been churning its way through the gaming world’s rumor mill all summer long, and now it’s reality. The big question: Is it too little, too late for Sony?

The blogosphere buzz ratcheted into high gear Tuesday with reports of promotional materials appearing on Web sites for Kmart and Sears touting a “new low price and a new exciting PlayStation 3.” The PlayStation Blog then live-blogged the news late Tuesday morning Pacific Time from Cologne, Germany, site of the Gamescom 2009 conference: The new “PS3 Slim,” as it was referred to by Sony Computer Entertainment of America executive Kaz Harai, is a thinner PlayStation 3 that contains all the same features as the original model but will sell for US$299. It will be available the first week of September.

There are now 23.7 million PS3s in homes worldwide, Sony Europe executive Andrew House told the Cologne audience. However, there’s no denying that Nintendo’s Wii and Microsoft’s Xbox 360 have stolen the sales championship title and overall mojo that used to belong to House’s company, thanks to the former dominance of its PlayStation 2.

As in comedy, timing is everything in the video game world, and it’s no laughing matter for Sony that it ended up with the most expensive video game console available as the worldwide economic slump hit consumers’ wallets.

“PS3 sales have been unhealthy for a long time, especially for a recession,” Interpret analyst Michael Cai told the E-Commerce Times. “That screwed up [Sony’s] original plan. Although they won the Blu-ray vs. HD-DVD war, it didn’t seem to matter all that much.” 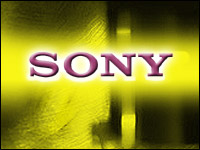 Will PlayStation Play the Cellphone Game?

Installing Linux on the PlayStation 3

Live From E3: PlayStation Gets Its Own Movie Store