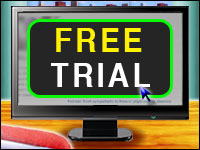 Online advertising spending hit a record US$9.26 billion in the third quarter of 2012, an 18 percent increase over the same period last year.

The IAB Internet Advertising Revenue Report for the third quarter of 2012, released last week by the Interactive Advertising Bureau and PricewaterhouseCoopers, shows a 6 percent increase from the previous quarter.

The figures show significant growth in spite of the current economic climate.

“These historic investments in interactive point to the strong results that marketers are receiving from digital marketing,” said Randal Rothenberg, president and CEO of the IAB. “It is a highly effective medium for interacting and engaging consumers, who are no longer passive, but are active participants in contemporary media online, through social media, and on-the-go with mobile.”

It is not known whether new dollars are being spent on Internet advertising, or a shift in spending is under way. There are four ways that new money can be allocated or moved to the channel. One is from share shift, where marketing budgets are fixed, and dollars are allocated from a different medium, pulling money to the interactive channel from other media.

A second way to get new money is new advertisers moving to the channel. Increasing prices are another way that additional dollars are spent in digital media. Lastly, advertising can grow if a marketer or large brand pulls budget allocations from another area, such as promotion, to spend on advertising.

“My guess is it’s coming from a share shift,” Sherrill Mane, senior vice president of research, analytics and measurement at the IAB, told the E-Commerce Times. “The reality is it usually comes from a share shift, not from the other three.”

“This uptick goes beyond a significant year-over-year increase at 18 percent, and also shows a climb from last quarter as well,” said David Silverman, a partner at PwC. “Clearly, digital advertising is continuing its positive trajectory with incredible momentum as it heads into seasonally strong Q4.”

Increasing ad revenues add legitimacy to the interactive advertising sector. Some advertisers like the channel, which can be measured by impressions, clicks and conversions, rather than radio, print and TV, which only report how many ads were printed, or that a commercial aired, with some indication of the audience.

“Sustained growth in Internet ad revenue despite economic headwinds is a testament to the value marketers get from using digital media,” said Mane.

The report does not look at specific channels, such as display advertising and search, but trends leading up to Q3 can shed some light on the growth.

“What we’ve in the past is that display is growing despite rumors of display’s demise,” said Mane. “There has been evidence that search is very strong and has continued to grow even as display has grown.”

Search, of which Google owns a significant share, represents a large portion of advertising dollars in the interactive sector.

“Traditionally paid search has accounted for a significant portion of these IAB reports,” said Lieb. “The other thing to consider is the intersection f marketing and advertising budgets.”

Display advertising is becoming a more significant share of digital advertising. However it’s not the whole picture.

“Display advertising dollars really represent only a portion for what represents the tip of the iceberg in a much larger digital advertising spend,” Lieb said.