Facebook confirmed it hired the PR pros but denied it was directed to run a smear campaign.

Google’s Social Circle helps Google users to connect their accounts with secondary social connections in other networks including Facebook. Burson-Marsteller contacted publications on behalf of Facebook and proposed they run stories claiming that Social Circle was designed to gather private data and create detailed dossiers on millions of users.

Burson-Marsteller tried to plant anti-Google stories in a number of publications. One influential blogger, Christopher Soghoian, was propositioned to to have an opinion piece ghost-written for him. He decided to expose the scheme and published an email from the firm on the Web, along with his rejection.

At the time, Burson-Marsteller’s client was unknown. On Wednesday night, after being confronted by The Daily Beast, a Facebook spokesperson confirmed hiring Burson-Marsteller, citing two reasons: It believed Google’s Social Circle was doing things that raised privacy concerns, and Facebook didn’t like the fact that Google was using Facebook data in its service.

Burson-Marsteller released a statement on Thursday saying that it was able to confirm the assignment since Facebook had already come forward. It also noted the firm should have declined the proposition because it contradicted company policies.

“No ‘smear’ campaign was authorized or intended,” Facebook spokesperson Arielle Aryah told the E-Commerce Times. “Instead, we wanted third parties to verify that people did not approve of the collection and use of information from their accounts on Facebook and other services for inclusion in Google Social Circles — just as Facebook did not approve of use or collection for this purpose.”

Now that Facebook has been caught, it says it should have presented its problems with Social Circle in a different way.

“We engaged Burson-Marsteller to focus attention on this issue, using publicly available information that could be independently verified by any media organization or analyst. The issues are serious, and we should have presented them in a serious and transparent way.”

This was Facebook’s attempt at taking a PR shot at Google, a larger, more diverse opponent. Google was getting into Facebook’s social networking territory, and Facebook wasn’t happy.

“It isn’t uncommon, particularly in politics, and Facebook is overmatched against Google and likely thinks they are fighting for their lives,” Rob Enderle, principal analyst at the Enderle Group, told the E-Commerce Times. “Best guess was that that this idea came up during an election period. It is one of the ways to take down a more powerful/popular opponent, particularly one that doesn’t do PR well themselves. But it needs to be done by experts, as the risk of doing it wrong or getting caught can undo much of what is done. That lesson was demonstrated here.”

Facebook is the David to Google’s Goliath, so there won’t be much fallout as a result of using these tactics.

“Facebook is the underdog, and this isn’t an election, so I expect it will recover from this mistake,” said Enderle. “Had Google been caught doing this against Facebook there likely would have been longer lasting repercussions because they are considered a monopoly.”

This won’t have much of an effect on Google’s social networking ambitions, in Enderle’s view. Google needs to be ready for attacks because it is competing in many technology sectors.

“It should showcase Google’s vulnerability and force them to better address it,” said Enderle. “They need to staff for this exposure, because it is likely Facebook isn’t the only one doing this, and the other companies that Google is at war with are vastly better at managing competitors’ images. Apple comes to mind as one of the best at doing this.”

“The interesting thing is there is no indication that Facebook was manufacturing false stories; they were driving increased visibility on issues we likely should be more concerned about,” said Enderle. “However, Facebook isn’t an expert here as well, and the real lesson here is don’t use a weapon you don’t understand and can’t defend against. In effect, Facebook got cut by their own sword — and that is kind of pathetic.”

Shades of Microsoft and Netscape

“I think the war for connected consumers and their mobile attention is one that will be waged for years. We shouldn’t be surprised that some of the players think playing dirty might help,” Carl Howe, director of anywhere consumer research at the Yankee Group, told the E-Commerce Times.

Howe pointed to the brutal battle between Microsoft and Netscape that left Netscape in tatters.

“Microsoft launched astroturf (fake grass roots) campaigns against Netscape and Sun that it ran during its antitrust trial,” said Howe. “Microsoft hired Edelman PR to plant stories in newspapers that giving away the browser was good for consumers, and that Netscape and Sun were hurting competitiveness. At the end of the day, it didn’t have any long-lasting effect on either Microsoft’s or Edelman’s business, although we might argue that it tarnished their brands.

“In the end, the nastiest company may be the loser,” said Howe, adding that Microsoft was the ultimate loser in its trashing of Netscape. “What this does is lower how much consumers will trust companies that engage in these types of activities.” 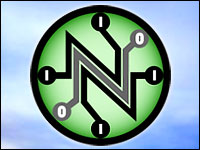 Microsoft Musters $8.5B to Snatch Skype From Google’s Jaws