Did DotComGuy Make His Case?

Is there any truth to the rumor that DotComGuy changed his name again — to ObviousGuy?

The fact is that when he emerged from his self-imposed cyber-captivity, the world reacted with deafening silence, a big old yawn.

And for good reason. DotComGuy did prove that the Web could provide a soul with all its worldly needs. He proved that man could live by Internet access alone. But no one doubted that. And maybe more to the point, no one in their right mind wants to live that way.

That brings us to the lesson for e-commerce in the DotComGuy experience: Stop trying to prove just how much the Web can or will change our lives and start talking more about how it can make our lives better.

Think of the commercial with the truck driver being coached by the purveyor of the “wireless Internet.” The driver expresses concern about what he’s heard — namely that the wireless Web is going to change his life.

He is then assured that what he likes about his life won’t be changed. But that things will in fact be made better.

And that’s where experiments like DotComGuy go awry. No one cares whether they can live in a room with nothing but a modem. Because nobody — OK, very few of us — actually want that. We want improvement, not change for the sake of change.

Consider HotJobs.com and Monster.com, which will have commercials during the Super Bowl this year — serving as a small reminder of the dot-com TV ad barrage of last year.

Consider eBay: The new way for average Joes and Josephines to sell things to each other is so superior to the old way — which was geographically limited, among other things — that it is hard to imagine anyone still favoring the original method.

Those are the kind of e-commerce companies that click with people, because they’re not in everyone’s face, trying to suggest that people should mold their lives to fit the new digital age — rather than the other way around.

On the other hand, there are companies that wrongly put the digital cart before the lifestyle horse. Over the holidays, urban delivery company Kozmo.com quietly took in another US$30 million in venture capital, in what amounts to one final push to keep its anything-goes service alive.

Kozmo made its name by delivering everything from candy bars to videos for virtually no additional cost. Now a new management team has tried to take the product line more upscale, adding items like DVD players.

Kozmo is built on the premise that because people can order virtually anything from their homes and have it brought right to their doors, they will do so. That’s not solving any single problem, it’s trying to convince people to change their lives to match the technology advances.

That’s not how it works, which is why Kozmo is clinging to life and 100 or so other e-commerce companies went the way of the dodo in 2000. People don’t complain every day that they can’t find places to buy pet food, for instance, or that they need a completely new way of buying food for themselves.

DotComGuy found that he couldn’t keep enough sponsors for his 24/7/366 Internet experiment as it wound down. And that’s because the types of firms so excited about his shut-in life a year ago began questioning the wisdom of his intentions.

Instead of locking himself up in a room again, DotComGuy should consider finding ways to prove that a life can be made better with e-commerce, not simply sustained. If he does that, he’ll make believers out of that skeptical truck driver and a lot of other people besides.

Patience Is An E-Commerce Virtue

Has E-Commerce Sold its Soul? 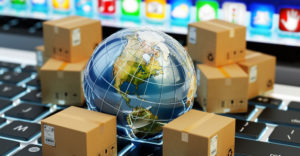 Do Dot-Com Stunts Make a Difference?