Skies May Soon Be Friendlier to Amazon Drones 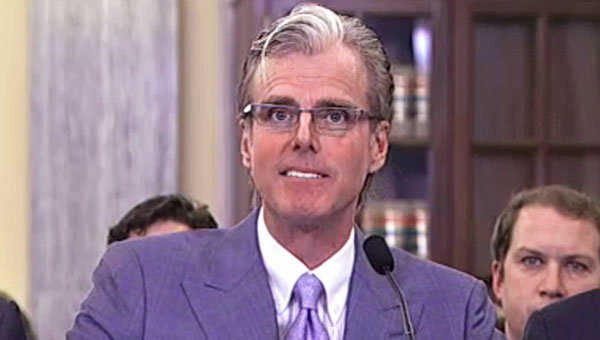 Amazon on Wednesday appealed to members of Congress to approve use of its fleet of unmanned aircraft systems — aka drones — for package deliveries.

“Key aviation authorities outside the United States are rapidly pursuing regulatory frameworks and operational rules for UAS,” he pointed out. Their approach is risk- and performance-based, and it is mindful of the tremendous opportunities for innovation and economic benefits that UAS present.”

The establishment of rules would clear the way for commercial drones to operate in the public space.

The FAA earlier this year released a proposed rule that would limit the size, speed and range of commercial unmanned aircraft systems. Under an interim policy, the FAA will grant a Certificate of Waiver of Authorization to any UAS operator for flights at 200 feet or below. This exemption would apply to aircraft and operations that meet the other criteria set forth in the proposed rule.

UAS Instead of UPS

Amazon’s Prime Air plan calls for drones to be used as delivery vehicles for packages that weigh less than five pounds — which should cover about 86 percent of the products that Amazon currently delivers.

Drones could allow Amazon to deliver packages to many customers — at least, those in urban areas — within 30 minutes of ordering. That would be a big improvement on the two-day free deliveries typically carried out by UPS, FedEx or USPS trucks.

“As proposed, this system will feature automated operations to some degree,” said Michael Blades, senior industry analyst at Frost and Sullivan.

“It will likely be one person looking at computer screens that monitor a number of automated drones, much like how FedEx has people who monitor their fleet of trucks,” he told the E-Commerce Times. “The difference is that the trucks have drivers, while the drones will fly on their own.”

Amazon’s drones would be able to track delivery locations by pulling GPS data directly from a customers’ smartphone or other mobile device, according to a patent application the company filed with the U.S. Patent and Trademark Office in September 2014.

The FAA may have its proposed rules in place by next summer. Although Amazon already has its plans in place, it is unlikely that the Prime Air drones will be making deliveries next year or even the year after.

“I don’t see it happening that soon,” Blades said. “Maybe in some limited testing of some sort, but it is at least five to 10 years out before we see delivery of packages from drones.”

In addition to resolution of the rules, logistical issues will need to be addressed.

The FAA allows noncommercial drones to fly below 400 feet. They cannot fly near airports, and they must maintain a line of sight with the operator. That latter point would need to be resolved before UAS can replace UPS, et al.

“There are actually two things that are a big deal, and visual line of sight is just one of them,” said Blades.

“Outside of a mile or so, you’re outside the line of sight, and you can’t go higher because that is controlled airspace,” he noted. “The other part is avoidance of obstacles, including other aircraft and power lines. So how do you operate beyond line of sight, maintain constant communication, and still avoid obstacles? Those are the points Amazon will need to work out.”

One other issue may be where the package or drone actually sets down. In urban areas, buildings perhaps could create landing pads on roofs, but that also could present problems.

“Perhaps there could be a central mail box,” suggested Blades. “Otherwise, someone could steal not only the package but the drone itself — which would probably be worth more than anything it is carrying!”

By using drones for commercial deliveries, Amazon could pave the way for their use in other applications as well. Drones could be a major game-changer for brick-and-mortar retailers, for example.

“Certainly, this would be a major step towards using drones for a lot of things, ranging from defibrillation machines to jump starters for cars,” said Rob Enderle, principal analyst at the Enderle Group.

“The big problem is ensuring people aren’t harmed by these devices, and that means figuring out how to keep them from going places that are unsafe, and from falling on folks if the power fails,” he told the E-Commerce times.

However, once a reliable system is in place, he said, “it would make it far easier for Amazon to cost- effectively provide deliveries within minutes of purchases, potentially rendering traditional local retail obsolete.”