Streaming Is the New Cable 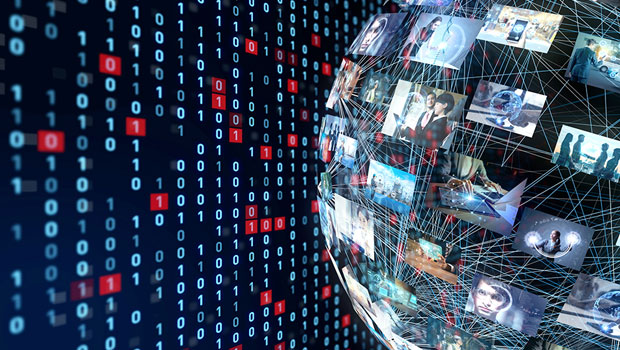 NBCUniversal could have a lot riding on Peacock, as it is a latearrival in the streaming business. Its entry follows the launch of CBS AllAccess five years ago and recent announcements that Disney and Apple planned tojoin the fray. Unlike Amazon Video or Netflix, which offerad-free content, Peacock will be supported by advertising. However, it willalso offer an ad-free version for a still-to-be disclosed fee.

Whether Strauss will be able to ensure that Peacock can strut itsstuff for viewers is a matter for debate, as the streaming market hasbecome quite crowded. Even longtime market leader Netflix could besqueezed as it gets more competitive. The question is whether new services such as Disney+, Apple+ or Peacock will eat away at more established services’ market share.

It is unlikely that Netflix will lose its position as the leader inthe over-the-top (OTT) streaming market, but viewers may start to bepickier about which services they’ll subscribe to — and content willdetermine that decision.

The mostpopular streaming service remains Netflix, followed by Hulu and thenAmazon Video, according to a new survey conducted by HighSpeedInternet.com. Moreover, 69 percent of respondents also said theybelieved that content was more important than price when it comes tostreaming services.

Sixty percent of respondents to HighSpeedInternet.com’s survey said theywould keep Netflix in lieu of subscribing to Disney+; butabout two-thirds said they also would sign up for Disney’s streamingservice, which is set to launch in November.

“Consumers are overwhelmed with streaming options at the moment, butDisney+ already boasts some great content, like Marvel and Star Wars,”said Victoria Merinda, staff researcher at HighSpeedInternet.com.

The launches of Disney+ and Peacock also suggest that contentmay not be so agnostic — as in the old Netflix model. For manyyears Netflix in essence was a repository of programming from U.S.broadcast networks, basic cable channels and even some pay-TV services,not to mention its in-house exclusives and international exclusives.

Now the Marvel and Star Wars movies will leave Netflix for Disney+ –but so will other Disney-produced TV content that may have airedon the Disney Channel or even Disney-owned ABC. A lot will be tied to the production house, of course.

Then there will be the exclusive content for each service. CBS AllAccess, which offered the catalog of programming that aired on theEye, also launched with exclusive content that didn’t air on itsbroadcast channels. That notably included the latest Star Trek series,the Good Wife spinoff and a reboot of The Twilight Zone.

“With the launch of these streaming services, viewers will have to goto the different content providers to see the specific content,” saidGreg Ireland, research direct for consumer digital transformation andmultiscreen video at IDC.

“NBC has announced its own service that will launch in 2020, and CBS’success is part of the motivation,” said Brett Sappington, seniorresearch director at Parks Associates.

“NBC also wants to gain a foothold in the OTT space rather than beingleft out,” he told TechNewsWorld.

Instead of production houses and studios selling content to abroadcaster, the mergers and acquisitions in the industry have createda new model: The content producer is now also a content provider.

Peacock and Disney+ are just two examples of this.

Comcast owns NBCUniversal, which is why the company alreadyis transitioning from a cable company to a media company that offers fastbroadband.

“Comcast sees that the market is changing, and Peacock will enable itto deliver the content in a new way,” IDC’s Ireland told TechNewsWorld.

“Disney essentially owns Hulu now, and has the Fox assets, while AT&Thas Time Warner,” he added.

“Streaming services also provide a hedge for cable networks, allowingthem to get content to consumers regardless of pay-TV distribution,”explained Parks’ Sappington. “This approach also allows the networks tomaintain their audience when carriage battles and blackouts occur.”

Get It la Carte

Netflix, Amazon Video and Hulu of course were the original disruptersto the traditional pay-TV market, giving viewers the ability to shift both thetime and location of their content consumption. That disruption is why Comcast –the largest cable provider in the country — has been making such apivot away from what long has been its core business.

OTT streaming services now provide essentially the same content thatone can get via cable or satellite but in a more la carte way.

“Hulu Live TV is an example where you can now get prime timeprogramming without the need to have cable or satellite,” saidIreland.

This could solve a complaint for consumers who often pay forcable bundles that include hundreds of channels, but then only watch ahandful.

“One could actually make the argument that the traditional pay-TVmodel was good on a per-channel basis, as la carte could costmore,” Ireland pointed out.

“OTT will lack the diversity of a cable lineup, but it will allow thecustomer to pick and choose exactly what they want,” he noted.

“The availability of hundreds of streaming services, particularlythose such as HBO or CBS that have recognized brands, does provideconsumers with ample reason to drop their pay-TV service — or to neversubscribe in the first place,” suggested Parks Associates’ Sappington.

“It really gets down to what content and experience consumers want,”he said. “OTT services allow consumers to pay less but receive less.Those that want live channels and certain live sports typically arepay-TV customers.” 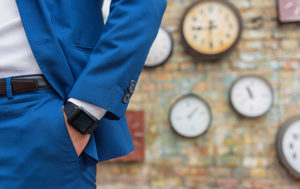 Fitness: The Sweet Spot for Smartwatches