For Sync 3, Ford Picks BlackBerry, Kicks Microsoft to the Curb 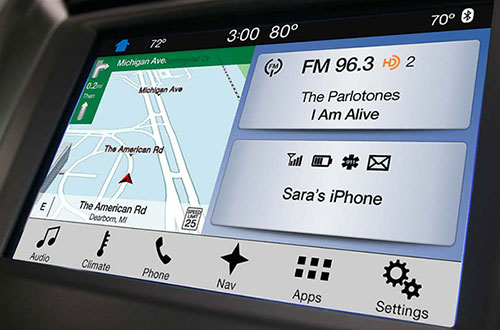 Microsoft didn't really have its heart in automotive platform development, so that made Ford's decision to build its Sync 3 system on BlackBerry's QNX system an easy one, said IHS Automotive analyst Mark C. Boyadjis. Sync 3 is built around a smartphone-styled interface. "It is a very user-centric design ... and it will help drive loyalty to the system and drive users to the system."

It is faster, more intuitive and easier to use than MyFord Touch, the company said.

Sync 3, which will roll out in new vehicles next year, is built on BlackBerry’s QNX platform. Until now, Ford’s infotainment systems, including MyFordTouch and MyLincolnTouch, have utilized a Microsoft Windows-based platform.

“Our focus on the Sync 3 system was to provide the best infotainment solution to the customer,” Ford spokesperson Alan Hall told the E-Commerce Times. “We listened to customers to meet their expectations and that’s what led to these technology choices.”

Microsoft Out of the Driver’s Seat

Microsoft’s Windows OS had been used in Ford vehicles since Sync’s introduction in 2007, but the system was plagued by bugs that hurt consumer trust in the Ford brand. The move to the QNX platform should help restore consumer confidence in Ford’s infotainment system.

Sync 3 “looks a lot more advanced than the outgoing system and should help alleviate some of the concerns consumers have had with Ford’s previous infotainment system, MyFord Touch, which was the cause of Ford dropping in many third-party quality rankings,” said Bryon Pope, associate editor at WardsAuto.

“Ford also will be changing the name of all its infotainment systems to ‘Sync 3,’ doing away with the ‘MyFord Touch’ and ‘MyLincoln Touch’ names,” Pope told the E-Commerce Times.

“[Ford CEO] Mark Fields says they did not decide to move away from the names because of their association with poor quality, but instead wanted to streamline their naming strategy,” he noted.

“Previously, most Ford/Lincoln vehicles had the base Sync system, while those with a display screen were called ‘MyFord Touch’ and ‘MyLincoln Touch,'” Pope added. “This alleviates any confusion.”

The move to Sync 3 not only addresses some of the failings and confusion with MyFord Touch, but also allows Ford to shift gears to a system that has proven experience on the road.

“This is a proven system that is in Chrysler, Audi, Mercedes and Toyota automobiles,” he told the E-Commerce Times.

“By working with BlackBerry, Ford now has a partner that is committed to building automotive grade infotainment systems,” said Boyadjis.

“Microsoft was also very committed to infotainment systems, and while they have a large market share and will continue to work with that market share as a company, they’ve switched to devices and services,” he pointed out.

“Microsoft is more interested in devices such as its Xbox platform and Surface Pro, as well as platforms like Office 365. Automotive simply wasn’t as important, and they weren’t showing commitment to Ford or other automakers,” Boyadjis added. “Microsoft wasn’t dedicated to building an OS for cars. It was a pretty simple choice for Ford.”

Sync 3 could help Ford redeem itself with consumers who wanted a better infotainment system. It is built around a smartphone-styled interface that features crisp, large graphics.

The touchscreen is designed with high-contrast fonts for daytime use to help reduce screen washout, and the display automatically adjusts to a dark background at night.

The home screen features three zone options: navigation, audio and phone. Tile-like icons provide quick access to functions. The system can be voice-activated to control smartphones, to call up radio stations, and to utilize the navigation features.

“It is a very user-centric design. Ford is not trying to create the next feature-rich entertainment system, but make it feature rich while making it user intuitive,” he said. “That is important, and it will help drive loyalty to the system and drive users to the system. The history of MyFord Touch has not had that kind of loyalty.”

The other important distinguishing feature of Sync 3 could be that it will be far easier for users to update, and only require owners to put the car in park near their home WiFi.

“With this system, Sync 3 can hook up to a WiFi network and Ford will push the software updates directly to the car. The previous system needed to have USBs shipped out to the customer, or have the customer go to the dealer lots to get the updates,” explained Boyadjis.

“This new system takes the hassle away from the customer, as it should be a seamless update,” he said. “Ford can maintain a consistent experience across all its vehicles. Plus it is free. Ford can utilize this software update for the next five to 10 years.” 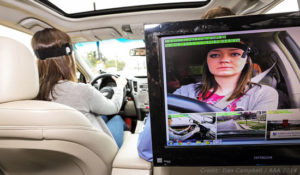 The Connected Car, Part 3: No Shortcuts to Security 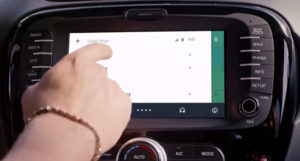 The Connected Car, Part 2: Wired For Wireless – It’s All Business