E-Sports Pioneers Are Making It Up as They Go 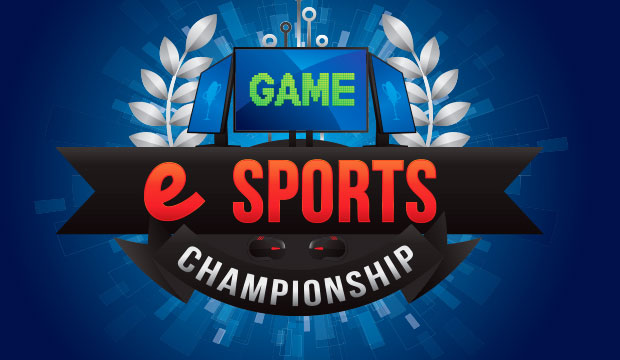 Much of the competition was “broadcast” via the online service Twitch, buton July 11 the Overwatch League announced a major deal with Disney tobring the grand finals to those aforementioned channels. Video gamesliterally went prime time — airing on ESPN on Friday night and in theafternoon throughout the weekend.

Although the ratings may not have been blockbuster — Friday night’s broadcaston ESPN reportedly reached 215,280 households while Sunday’s coverageon ABC reached 356,800 households — the viewership could be enough to prove that e-sports is the real deal.

The concept of professional video gaming isn’t entirely new, but ithas only been in the past few years that it’s gone from a relativelysmall niche sport to a multibillion-dollar market.

By 2020, the global e-sports market is expected togenerate US$1.5 billion in revenues and have an estimated globalaudience exceeding 600 million fans, according to a recentreport from Deloitte.

Many past sports and quasi-sports — from paintball to NASCAR topool/billiards to poker — have been dubbed the “next big thing.”However, none of those have reached the levels of established sportssuch as football, baseball or basketball, and even the veryinternational game of soccer (known as “football” around the rest ofthe world) hasn’t cracked the U.S. market.

“I’m not sure what constitutes a ‘big thing’ — is it followers,participants or revenue?” pondered Ted Pollak, senior analyst for thegame industry at Jon Peddie Research.

“The Westminster Dog Show is a big thing; the Kentucky Derby is a bigthing,” he told the E-Commerce Times.

“It all depends what your interests are, and for people who enjoy fast-paced competitive video gaming, I can assure you that e-sports is a big thing,” Pollak added.

“What makes e-sports different is the overwhelming sense of communityit provides and the availability of games on a global scale,” suggested Gayle Dickie, CEO of Gamer World News.

“Players are able to make friends with other players halfway aroundthe world and challenge them to a game,” she told the E-CommerceTimes.

“It can be as localized as a city event or the worldwide viewing ofOverwatch League Grand Finals last week in New York with 20,000 peoplelive and millions watching on ESPN,” Dickie added. “It’s a sport that hasso many ways to watch it and caters to a younger loyal growing mobileaudience.”

One advantage that e-sports may have over many other traditional sportsis that it has a low barrier of entry.

“E-sports don’t have the structural limitations,” noted Pete Giorgio, head of the U.S. sports practice at Deloitte Consulting. For example, with “NASCAR you need a track.”

That is, of course, a main reason auto racing is limited to a few cities andgrowth has been slow. E-sports doesn’t require the types of facilitiesthat are necessary for established sports such as baseball orfootball. In a sense, it could be a professional sport that still operates like a pick-up game among friends.

“You could conceive a match in the morning, plan it at lunch, and holdan event that can still be watched by fans around the world in theevening,” Giorgio told the E-Commerce Times.

“So will this be as big as the NFL or the English Premier League? We’ll see,” he mused. “Instead, this could be the ultimate consumer-driven sporting eventthat could grow from grass root efforts instead of just commercialefforts.”

What could make this even bigger is the variety of the games. E-sports encompasses many genres, from shooters to fighting games and more.

Another reason e-sports has strong growth potential is that, unlike many other sports, whose fans may only be spectators, e-sports attracts video gamers, many of whom could become e-sports competitors themselves.

“This means that there is still a large portion of gamers, in somecapacity, who are not watching e-sports content today,” he told the E-Commerce Times, “but with gaming and gaming culture becoming more mainstream, e-sports will very likely become more widely accepted and watched in the future.”

Is the Fanbase Too Low Key?

One hurdle that e-sports may need to overcome is that the popularity ofa handful of online celebrities has created a phenomenon in which manyfans are happy simply to watch others play. This may sound exactlylike the way traditional sports operate, but the notable difference isthat many young fans grow up wanting to be the pros.

If young gamers are content simply to watch, does that bode well forthe future of a multibillion dollar sporting league?

“As far as spectating, there are those that play the game and want towatch to admire the skill, and there are also those that in the futurewill watch because the game genre addresses an interest area,” saidJon Peddie’s Pollak.

However, what e-sports has going for it is that low barrier of entry, and physical ability isn’t crucial.

“E-sports has a larger potential player pool than a sport such asbasketball, due to the fact that physical traits matter far less thanthey do in traditional sports,” Sappington observed.

“For example, the Overwatch League, which is the highest level ofOverwatch competition, features Se-yeon ‘Geguri’ Kim, a female whocompetes alongside all of the male players in the league,” he pointed out.

There are those who are gifted with a talent that allows themto excel, of course, but as with any sport, training and practice could be thekeys to victory.

“It starts early with gamers as young as middle school,” said Dickie.

There is the possibility that as e-sports grow, colleges couldoffer scholarships. For many schools with a strong STEM program, havingan e-sports champion might be better than winning the Rose Bowl — butthat day isn’t here yet.

“Currently there is an oxymoronic state of affairs where we see kidsturning pro as early as 16 or younger — and playing through their normalcollege years to find themselves going back to college after theirprofessional time is done,” noted Dickie.

“Also, just as intraditional sports, the more attractive the lifestyle and financialpackages are for these young players, the more competition andopportunities there will be for young gamers to turn pro,” she said.

Just as no one should count on that NBA contract, kids probablyshouldn’t count on pro e-sports as being a high-probability careeroption, remarked Pollak.

“It’s like any pro sport. Not even one kid per school makes it. But ase-sports expands, both the bar to be a pro will lower as more gamesare adopted, and the average compensation will also drop,” he warned.

In other words, today’s professional superstars of video games couldbecome akin to Horus Wagner or Ty Cobb, but the future might not befilled with all-stars. Instead, e-sports could become built around minorleagues.

“The definition of a pro will widen, just like what we’ve seen in autoracing,” said Pollak.

“There are sponsored pro drivers at the track all the time in smalllocal races,” he noted. They might be sponsored by a local auto bodyshop — and then there is NASCAR and Formula One. What this means is thate-sports does not have to have prize money to be a sport, and itcould be just like playing hoops on the corner court.”

E-sports may not require a dedicated arena and pretty much anyreasonably large space can easily accommodate even a modest sizedtournament, but how level a playing field will the games need tobe?

On the one hand, e-sports could take a NASCAR approach, with the competitors/athletes utilizing the same level of equipment. Or it couldtake the approach of an arms race, where the best equipment givesplayers an edge.

“We will probably see a bit of each for now,” said Deloitte’s Giorgio.

“There will be some type of cues from NASCAR and Formula 1 that setslimits to equipment — but then again, in the sports world we love that ateam might be the underdog,” he suggested.

Some sports already have salary caps, but e-sports may need anequipment cost cap as well, so that someone can’t simply buy amassively overpowered computer rig to gain an advantage.

Then there are the issues about network connectivity.

“It’s less about the machine/device and more about the back-endtechnology that supports the live stream,” said Stefan Birrer, CEO of Phenix, provider of real-time IP video solutions.

“You can have a seamless, high-speed 4G connection or a full WiFisignal on your tablet, laptop or cellphone, but if the networkdelivering the content isn’t able to support a true real-timeexperience — meaning high-quality, subsecond latency and apotentially infinite number of concurrent users — then it doesn’tmatter how advanced your device is,” he told the E-Commerce Times.

This could just encourage leagues to ensure faster networks — whileplayers may have to invest in better systems.

“I’m not sure we want a completely level playing field, as we need toencourage investment while there is still parity, so maybe it will be abalance,” suggested Giorgio.

Even with comparable computers used by the athletes — and even more sowith console-based games, which obviously would run on virtuallyidentical equipment — there will be the unpleasant issue of cheating.

Perhaps it won’t be the use of performance-enhancing drugs — apartfrom energy drinks and too much caffeine, of course — but there is alwaysthe possibility of cheating via software or hardware.

“That’s a very valid concern and is why the major tournaments areplayed in person,” said Pollak.

“Even then there could be manipulation of the game environment orlatency applied to certain player’s controls,” he added.

“With e-sports, although dominated by computer codes, people can usethird-party software to manipulate and improve performances, and thereare fines being implemented to deter such occurrences,” said GamerWorld News’ Dickie.

“There will always be some sort of intrusions and suspectedinterferences, especially with Counter Strike: GO, and we will seecontinued monitoring of the pro games in an effort to deter it oreliminate it with bigger fines and even expulsion, but it’s definitelya facet of e-sports that requires a majority of eyes watching at alltimes,” she noted.

“To stop it entirely is probably not possible in today’s fast-pacedtech world,” added Dickie, “but keeping it to an occasional and not a regularoccurrence should be expected.”

The problem will only increase if and when gamers compete online.

“As for remote e-sports, I would never play for money against someone Idid not know — but when you are playing for the joy of the competition,it removes or reduces the incentive for hackers to cheat,” Pollaksuggested.

“E-sports will go through its own growing pains,” said Giorgio, “butthat is the nature of competition.” 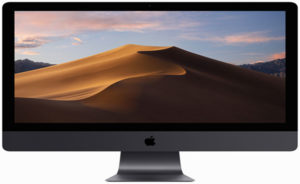 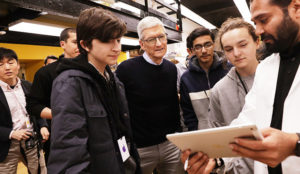