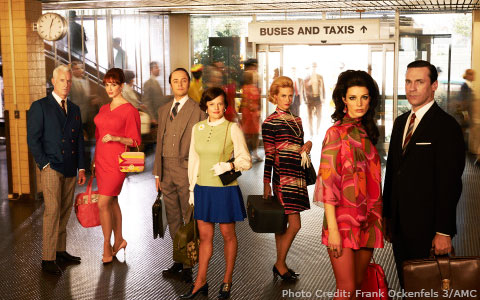 The service, which is available now via a one-week free trial, can beaccessed via Roku devices, and through Android, iOS, Mac and PCdevices — with support for Amazon Fire TV and Fire TV Stick comingsoon.

Sling TV, which does not require a subscription to Dish Network’ssatellite pay-TV service, was announced at last month’s 2015International CES. It has been widely touted as being aimed at cordcutters, including millenials, who might not desire a full-blown paid TVpackage with hundreds of channels.

On Monday, Dish also announced that the package will have AMC added in the coming weeks.

What the Service Lacks

While Dish Network has made note of the addition of AMC to the basicbundle, Sling TV may still be notable for what it is missing.

At launch, Sling TV does not have any video on demand offerings, no DVRFunctionality, and many channels from Fox and Viacom, notably MTV, are not currently available.

“That could be the glass half empty view,” said Erik Brannon, senioranalyst for the U.S. television market at IHS.

However, “This is really a glass half full type of product as I see it,” Brannon told the E-Commerce Times.

“This is a direct response to what the cable TV world has been facingas consumers complain about the high cost of the service,” Brannonadded. “There is no broadcast TV, and a lot of cable channels aremissing. There is also no DVR and this is all an issue, but when youthink of Internet connected viewers they’re already getting a lot ofcontent online.”

Sling TV could very much be a reaction to the fact that pay TV hasbecome so diversified with its offerings. There may be truly’something for everyone,’ but that has often meant there are just morechannels than anyone wants to see.

“There is the danger of getting what you wish for,” noted SusanSchreiner, analyst for consumer electronics at C4Trends.

“That greater diversity came with a greater surcharge and largerbill,” Schreiner told the E-Commerce Times.

“Even basic cable is now costing most users over a $100 a month,”Schreiner added. “There are now cord cutters because they either don’twant to, or simply can’t afford to pay for cable. At the end peopleare saying, ‘I just want particular channels.

“Dish Network has provided the answer with Sling TV.”

The outcome may be that subscribers can opt for just the bundles theywant. Sling TV is offering its basic bundle of channels for $20, whileproviding the various add-ons for just $5 each. This could be aportent of things to come.

“This could be both positive but also scary for the industry,”suggested Brannon.

“These micro bundles would allow Americans to pick and choose whatthey want with TV, instead of paying for a lot of channels they aren’twatching,” he added.

“The result is that it could allow the consumer to only get thechannels they want, but this result could also be a catalyst for areduction in the number of jobs in the TV production industry,” saidBrannon.

“Right now the more popular channels are providing justenough sustenance for channels that are smaller, but are on the airbecause of the macro bundling. If they cut out those channels, thesmaller channels might go away,” he concluded.