Amazon Takes a Leap of Faith With ‘Transparent’ 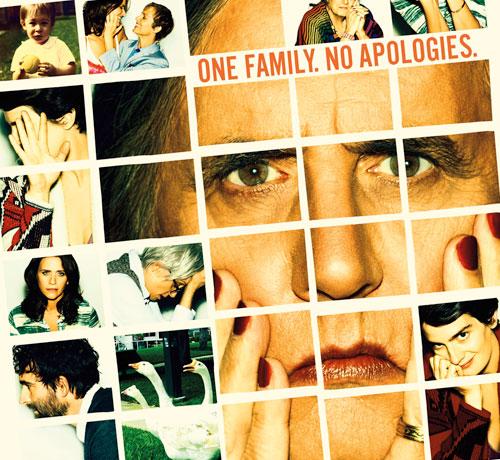 With the launch on Friday of its latest original series, Transparent, Amazon may be signaling its intention to challenge Netflix in the streaming video market. Amazon already has earned praise for its original programming, but it hasn’t reached the critical or audience success of Netflix offerings such as House of Cards or Orange Is the New Black.

Both of those original Netflix series have been critical darlings, receiving numerous Emmy nominations and being featured on covers of national magazines such as Entertainment Weekly and TV Guide. Now it could be Amazon’s turn in the spotlight with Transparent.

Available for Amazon Prime Instant Video customers in the United States, the United Kingdom and Germany, Transparent stars Jeffrey Tambor, Judith Light and Gaby Hoffmann as a Los Angeles family forced to deal with their longheld secrets — including the transgender journey of Tambor’s character from Mort to Maura Pfefferman. After Maura reintroduces herself to the family, other secrets begin to spill.

“We’re thrilled to bring this poignant, funny and beautifully crafted series to Amazon Prime customers and to the world,” said Roy Price, vice president at Amazon Studios. “It’s been an honor to partner with such a passionate storyteller as Jill Soloway to bring her vision for Transparent to life, and we can’t wait for everyone to meet the Pfeffermans.”

The plot of Transparent could be described as somewhat over the top, as it follows the All in the Family precedent of breaking down traditional barriers — in this case, by placing a transgender character at the center of a family comedy. More importantly, for Amazon’s over-the-top streaming video business, the series already has garnered significant buzz.

“There are a lot of weird family shows, and it sells,” said independent analyst Billy Pidgeon. “Weird family always works, and there is no shortage of that on TV. I’m not surprised that Amazon would take this route, especially because they haven’t had any real breakout hits with their programming to date.”

The buzz suggests that Amazon may have in Transparent a series that could match the success of the OTT programming on Netflix, but if past Amazon series are indications, it may have ground to make up.

“Netflix has proven they’re in the HBO league,” Pidgeon told the E-Commerce Times. “Amazon hasn’t done anything that comes close to that. But it isn’t the subject matter, it is the level of quality, and so far Amazon has been unable to match what Netflix has done.”

With a storyline that involves many outrageous secrets and with a transgender character, there is bound to be controversy. Could there be the sort of controversy that not only would cause some Prime viewers to tune out, but also might provoke a wider backlash?

“Amazon is beyond that kind of concern,” suggested Pidgeon.

“One group that doesn’t approve of the show couldn’t do much damage; Amazon is too big. It could affect their Amazon Video stuff, but the business overall? I don’t think so,” he said.

“It is really rare for negative reaction to a show to have that broad of an effect. You need to have a Duck Dynasty moment, where something outside the show attracts national attention,” he noted.

“Today it is rare that a show will have that negative of an effect,” Poor told the E-Commerce Times. “Viewers have the option not to tune in, and any blowback isn’t something that Amazon will have to worry about. The bigger issue is whether any show today can actually find a significant audience. With its edgy story, it really shows that Amazon is planting its flag as a content provider.”

Controversy with the show could be exactly what Amazon is seeking as it attempts to emerge from the shadows thrown by Netflix and Hulu to become more of a player in the OTT streaming space.

“If the show draws controversy, and even if a lot of folks don’t watch it, it will carry the message that Amazon Prime has programming you won’t see anyplace else,” Rob Enderle, principal analyst at the Enderle Group, told the E-Commerce Times.

“This is called brand building, and it’s a critical step on the path to where Amazon wants to go,” he said.

“Generally the risk is worth the reward — but as a general retailer vulnerable to boycott, Amazon has a far greater risk footprint that isn’t shared with Netflix or the paid networks,” Enderle added.

“This was an incredibly brave or foolish move,” he said, “depending on whether they understood the risk they were taking. But it is moves like this that will be critical to seeing Amazon differently and as more of a Netflix/HBO peer than a retailer moonlighting in video.”

DIY Pi-Top Computer Lets Users Get Under the Hood