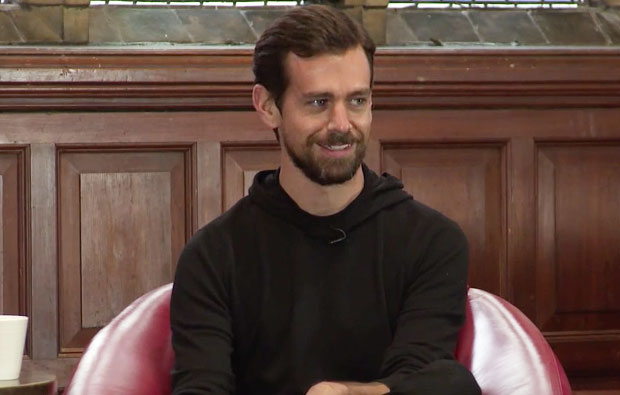 Alex Roetter and Kevin Weil, who managed the engineering teams responsible for generating ads; Katie Stanton, who helped guide the international offices; and Skip Schipper, who oversaw HR and recruiting, all have departed. Roetter, Weil and Stanton each had been with Twitter for more than five years.

They will be taking some well-deserved time off, Dorsey said in a tweet in which he expressed his gratitude for their contributions to Twitter.

COO Adam Bain will take on additional responsibilities that will include overseeing the revenue-related product teams, the media team and HR on an interim basis, Dorsey added.

Bain won’t carry the weight alone, as CTO Adam Messinger take over all the responsibilities of the engineering and consumer product, design and research, user services, and Fabric, Twitter’s mobile development platform. Those groups will be integrated into a single unit, at least for now.

A shakeup had been expected, and it likely won’t be the last upheaval at the company. Dorsey, who was named permanent CEO last fall, announced he wouldcut up to 8 percent of the workforce.

This isn’t the first time Twitter has seen an exodus of employees. Under previous CEO Dick Costolo, the company experienced changes in leadership roles, suggesting that its tribulations go beyond who is leading the troops.

“The problems that Twitter has are not going to be fixed by the departure of these four executives,” warned Roger Entner, principal analyst atRecon Analytics.

“The company has to find a way to make Twitter more relevant for people and find a better monetization engine,” he told the E-Commerce Times. “The changes will continue until this fundamental problem is solved.”

The ability to post 140-character messages may not be as compelling today given other options in social media. Even the ability to share photos and videos via Twitter services may not be enough to move the needle and create an actual revenue stream.

The problem is how to monetize messages. The efforts to date have paid off to some extent “with the introduction of in-tweet advertising in 2010 where they generated $45 million, and their 2015 ad rev’s hit $479 million,” he told the E-Commerce Times.

The issue becomes where the company can go next.

Twitter has become a solid way for politicians, celebrities and athletes to share their opinions — even if in many cases it has resulted in a foot-in-the-mouth moment — suggesting that Twitter can be an effective messaging tool.

“Unfortunately for Twitter, the masses don’t have as much a need to shout out to the world,” said Josh Crandall, principal analyst atNetPop Research. “Most of us veer toward groups of friends on Facebook, more discreet interactions on Snapchat, or image sharing on Instagram.”

That could hinder all the best efforts to monetize the platform.

“As long as Twitter’s valuation is based on becoming a widely used consumer platform, it will continue to experience shakeups,” Crandall told the E-Commerce Times.

“Twitter’s latest upheaval is the latest chapter in an ongoing saga, as Twitter has always positioned itself as a consumer outlet, but at its core, Twitter is an online broadcast medium,” he said.

The other problem could go back to the 140-character limit, which may have been ideal back in the days of feature phones when typing on a mobile device was cumbersome. Today, smartphones make sending messages so easy that 140 characters could be seen as limiting.

“The problem is the platform. While texting is still an efficient for friends and family members to send quick ideas, posting only a tweet leaves people wanting more,” said consultant Safko.

“People have come to expect rich media and interaction through comments, and the other problem with Twitter is that everyone is talking, no one is listening,” he added.

Fewer users bother to retweet, so the platform has diminished to the point of being ineffective, suggested Safko.

“Twitter’s future, if it manages to survive a transition, will be more closely aligned with B2B communications,” added NetPop Research’s Crandall. “Whether that’s a political pundit making a public statement or a corporation staking a claim to the latest product launch, Twitter is effective for reaching a targeted audience that cares about what is going on in that particular corner of the world.”