The more I think about the Bitcoin phenomenon, the more intrigued I am. The creators of the Bitcoin have established a new, virtual currency that’s internationally accepted. Additionally, we now have legitimate and seasoned technology investors who are investing in Bitcoin startups. This fact alone makes me take the idea of a virtual currency more seriously.

One of the things that give me pause, however, is the reality that the field of virtual currencies is still in its adolescence. We don’t know how many other virtual currencies will come online or who their backers will be. Will this become a Wild West gold rush? At this point, I’m not sure if anyone knows.

Just consider, for a moment, the descriptions I’ve read recently of Bitcoins and virtual currency: “Currency for the online mode.” “Gold for nerds.” “Digital currency”. “A protocol currency.” “A software currency.” “The democratization of money.” “Regulation-free currency,” etc.

The simple fact is that this new technological phenomenon is evolving rapidly.

Leave the investing to the seasoned technology and venture capital investors who often have the experience and depth to analyze a potential investment. I just don’t think that the average person should be investing in currencies of any kind, let alone a newly created virtual currency.

I recently saw a television interview of a man from an investment company who was telling his audience that he regards Bitcoins as a necessary part of a diversified investment portfolio. I think that that was a ridiculous statement. It made me wonder if the company for which this man works is speculating in Bitcoins.

There have been so many good books written about smart investing and contrasting investment to speculation. I don’t presently see where investing in Bitcoins at this point is anything but speculation. What investment tools would you apply to computing present value to the Bitcoin phenomenon? How can you possibly extrapolate today’s value of the Bitcoin forward 10 years? To do so would require a soothsayer, and soothsayers have no place in legitimate investing.

Can the Bitcoin be used for legitimate transactions? The quick answer is that I believe it can.

The fact is, transactions among international companies that require the transfer of cash can be cumbersome. With a Bitcoin model, currency can be transferred instantly.

It does appear that the Bitcoin’s creator or creators — we really aren’t sure which is correct — have realized that a vacuum exists in international commerce, and that Bitcoins are a way to fill that vacuum. The big question is, will Bitcoins be a safe alternative to transactions that, though they may take longer, can be safely made in international currencies that are backed by a central bank?

One of the things that concern me about Bitcoins is that they really aren’t time-tested yet. There are hazards that could undermine the Bitcoin, some of which haven’t even been conjured up yet. These hazards include Bitcoin wannabes, startups that could conceivably gain a foothold in the virtual currency market. This type of phenomenon would affect the value of the Bitcoin going forward.

Another thing that concerns me are the regulatory issues. In early May of this year, U.S. authorities seized the assets of the largest Bitcoin exchange. This might be just the beginning of regulatory intervention in the virtual currency field. The field is ripe for such intervention because it’s new, it’s becoming somewhat widespread, and it’s operating outside of a central banking system and outside of regulatory controls.

My feeling is that virtual currencies will have some sort of a long-term role in the legitimate world of currencies. There seems to be a need for a monetary transfer system that can quickly, efficiently and seamlessly effectuate the transfer of wealth among corporations and individuals. If I am right, this need will not be denied.

While some people call it the democratization of money, others are hailing it as the “privatization” of money in that funds can now flow outside of a regulatory or governmental framework.

The biggest caveat that I can think of about this exciting phenomenon of currency creation is that without a generally accepted overseer — most likely a governmental agency — and without some regulations, we could see a major change in how virtual currencies are created, denominated and controlled, all without adequate safeguards. 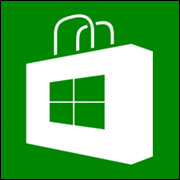