Fifty years ago, novelist and philosopher Ayn Rand wrote of a society that hindered innovation and stifled the creative spirit. Atlas Shrugged told of a society where individual effort went unrewarded, where technological advancement was thwarted by short-term greed, and where the governments failed to serve the greater public good. Although fiction, some of these societal concerns are mirrored in various proposed changes to the patent laws under consideration today.

At this moment, there are bills before Congress and new administrative rules at the United States Patent & Trademark Office that dramatically affect many long-established patent rights. Patents are limited exclusionary rights granted to inventors to help prevent others from using their invention without permission. Indeed, patents are actually brief windows during which innovators can take advantage of their technological creations, that is, twenty years from filing for the right. Afterwards, the innovation enters the public domain for all to use.

The provisions of the bills before Congress seek to “reform” the patent system and modify numerous aspects of the patent laws. A driving force in this reform movement is a perceived inequity in the present patent system for certain technologies that incorporate numerous discrete innovative portions in one product or service, each of which could be the subject of patent litigation — for example, the information technology and software industries, which seek major reform.

In contrast, many other industries — pharmaceutical, chemical and others, including some in the information technology sector — consider the present patent system generally adequate for their needs, with fewer reforms needed. Transcending reform, all companies, whether IT, pharma or generics, are united in their desire for certainty and predictability in patent litigation.

On this 50th anniversary of the publication of Atlas Shrugged, what would Ayn Rand say about the struggles going on now in Congress and at the Patent Office? At present, the House has passed a patent reform bill with some controversial provisions, and the Senate is considering passage of a similar version, albeit with some broader and even more problematic provisions. Lobbying efforts are intense, and titanic forces are now at play with respect to the Senate bill. Sen. Patrick Leahy, D-Vt., deems passage of significant patent reform necessary, but many other senators feel otherwise.

One troubling aspect of this reform is that some of the more important proposals — such as adding a far simpler procedure for competitors to challenge and invalidate all patents at any time — are quite harmful to innovation in the long term. Although clearing out a few “bad” patents is a laudable goal, undermining the certainty and validity of all patents is detrimental to society.

Various other bill provisions have equally troubling consequences — not just for would-be patentees, but for society at large. Indeed, many of these rule changes and their consequences have not been adequately discussed. For instance, the National Academy of Sciences and other groups held extensive hearings a few years ago while vetting patent reform. The message of those hearings seems to have been drowned out by lobbying efforts and press attempts to demonize patents.

Concurrently with this patent reform movement in Congress, the Patent Office recently initiated implementation of new rules for patent application procedures, which are far-reaching and draconian to most inventors. Despite the clear indication that these major changes undermine many critically important innovative endeavors — not just in the pharmaceutical sector — these new rule changes have been pushed through. In short, the Patent Office, awash in patent application filings and admittedly unable to cope internally with the growing demand for administrative review, has begun to institute various totally new and retroactive procedures that shift significant burdens onto patent applicants.

Further, many are concerned that as a part of Congressional reform, these and even more dangerous provisions will become the norm. If adopted, measures in the present bills that grant more rulemaking authority to the Patent Office could threaten far more sweeping modifications to long-established operations. Although the patent bar sympathizes greatly with the Patent Office, these cruel rules — lost in the mayhem of the lobbying clashes on patent reform in Congress — are unacceptable to all.

GlaxoSmithKline recently filed suit in federal court to block implementation of these rules. Glaxo considers them as inappropriate takings and extraordinarily prejudicial to patentees that need some measure of flexibility in seeking patent protections.

For example, severe restrictions on the number of follow-up continuation patent applications will adversely affect innovative efforts in the life sciences sector. Further, the retroactive nature of these measures undercuts the entire pipeline of nearly 1 million pending patent applications, making all patentees, small or large, subject to new procedures with prohibitively expensive consequences.

For all patentees, the far-reaching nature of those changes has been likened to the killing of the American goose laying the golden eggs of ideas. Indeed, the traditional American dream of reward for building a better mousetrap is compromised. Various documents have been filed in support of Glaxo’s opposition to the rules changes, and a hearing is scheduled for Oct. 31, 2007, the day before what many are calling “Black Thursday,” the date of rules imposition.

Technological advancement was mission-critical in 1957 after the launch of Sputnik, as the U.S. and the world soon entered the space race, the information age and the biotech revolution, generating many cutting-edge industries and creating millions of new jobs. Indeed, the need to adequately protect scientific discovery (and the growing corporate investments in R&D) became paramount, and laws gradually changed to support these increasingly important and commercially valuable endeavors.

In time, the value of these new technologies grew, and patents on them were litigated. To better cope with the interpretation of the patent laws, a new appellate court was formed twenty-five years ago: the Court of Appeals for the Federal Circuit, which has since shepherded many of the laws involving innovations. Patent law, in particular, has evolved over the years and been clarified by this court, seeking to protect scientific advances as they accrue, as well as follow the mandate of the Constitution to “promote the progress of Science and the Useful Arts.”

Innovation comes in many forms, ever changing with the times and the scale of the human imagination. In America’s earliest days, the steamboat, new plows and other simple mechanical advances predominated, and inventors sought out patent protections for their creations. Patent laws arguably had a big hand in making the U.S. the world power it is today. Indeed, U.S. patent laws have often been copied by other nations, seeking to emulate that success.

As new technologies were introduced — Morse’s telegraph, Edison’s light bulb, Hollerith’s calculating devices (eventually spawning IBM), new chemicals, the transistor, life-saving and life-improving medicines, and a multitude of other advances — patents have helped protect them all. Further, patents allow innovators to protect what they have, as well as improve upon their discoveries (perhaps seeking additional patents), while also encouraging competition by permitting competitors to improve or design around an invention, and seek a so-called “improvement” patent. The patent laws protect both Eureka moments and substantive incremental improvements. In this way, the patent system as a whole enables scientific and technological advancement.

Although most feel that the disproportionate litigation effects felt by some industries is unfortunate, recent court cases have already softened some of the adverse consequences for these companies. For example, injunctive relief is no longer “automatic” for patentees, as per the recent eBay Supreme Court case. The present fear is that the bills passed by the Hill and now before the Senate go too far, curtail long-established rights too much, and undercut the very raison d’tre of a patent system, causing irreparable harm.

The not-so-secret truth is that intellectual property, of which the patent is a part, drives a large amount of economy and trade, which actually indicates the advanced state of the United States. Software, biotech and other high-tech endeavors drive its economy, much like steel, cars and other exports did years back. Indeed, American businesses now export more value-laden ideas than tangible goods. The protection of patents is important, if not critical, to the American way of life, something foreseen by the Framers, who put this right directly into the Constitution.

American businesses and inventors are at present seeking to protect their investments by filing patents and, on occasion, litigating them. Many others, however, are decrying patents — particularly some advances in software — as monopolistic and per se unfair.

In 1623, Queen Elizabeth I and her Parliament expressly excluded patents from the category of unfair monopolies, and the Framers of the U.S. Constitution later embraced patents to our significant advantage. Americans have long recognized that patents are, in the balance, good for them. Unfortunately, there has been considerable press coverage of the voices casting aspersions on patents of late — in particular, with software innovations but also generally — eroding much of the good will about patents.

In her novels, Ayn Rand well illustrated the deleterious effects of stifling innovation on a society. Although it is doubtful that innovators today will take the extreme measure and go on an intellectual strike (as do the protagonists in Atlas Shrugged), curtailing the advantages of patents — a form of property-taking — will have an adverse impact on society.

Both the House and the Senate bills, without serious amendment, are fundamentally flawed and work to the long-term detriment of the patent system and society as a whole. Although some provisions are laudable and worthy of further consideration, there are enough dangerous provisions in the bills to cause a serious negative downstream impact to U.S. citizens.

In particular, the inclusion of provisions that give the Patent Office carte blanche to retroactively undermine the value of many hundreds of thousands of patent applications still being processed — and, of course, all to come — will serve as a deterrent to innovation and seriously upset the delicate balance of our patent system.

Considerable new thought is needed to prevent Congress from granting imprimatur to a past and future taking of unprecedented scale. Despite nearly unanimous disapproval, the new administrative rules being forced on American inventors by the Patent Office will definitely undermine innovation, a wellspring of American prosperity.

More serious thought is needed before we cripple the marvel of the present age, the U.S. patent system. 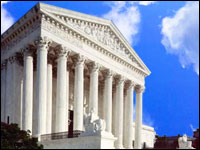