Tesla Motors CEO Elon Musk reportedly has engaged in talks with BMW to partner on the production of electric batteries, as well as other technologies for electric vehicles. Musk reportedly said that the companies might collaborate to develop advanced batteries and lightweight components including carbon fiber body parts in an interview published Sunday in Der Spiegel.

Tesla Motors has been a leading pioneer in the development of electric vehicles and last month unveiled three dual-motor, all-wheel-drive versions of its Model S electric car.

Tesla’s electric vehicle is capable of a top speed of 155 mph and a range of up to 275 miles on a single charge.

BMW has shifted gears in recent years and developed the i3, an electric around-town hatchback, and the i8, a plug-in hybrid sports car. Both of these vehicles were developed with carbon fiber parts to reduce weight, yet they are relatively cost-efficient compared to other materials.

Executives from the two companies met earlier this year to discuss possible implementations for the development of charging stations for electric cars. However, it isn’t clear if this latest meeting between Tesla and BMW was an extension of that earlier meeting or went deeper.

“It is not unusual for there to be talks between the BMW Group and other manufacturers, including Tesla,” David Buchko, BMW spokesperson, told the E-Commerce Times. “We share a common interested in advancing the success of electro-mobility.”

BMW is not the only automaker to enter discussions with Tesla. Daimler, owner of the Mercedes brand, last month said it would continue its collaborative efforts with Tesla, although it had just sold its 4 percent stake in the company.

Tesla has partnered with Toyota to develop electric SUVs. This isn’t just a matter of Tesla hedging its bets with partnerships. All the automakers are increasingly partnering with one another — especially with electric vehicle development.

“They need to,” said Justin Cupler, editor in chief of TopSpeed.com.

“Given the cost risks involved, you have to form partnerships,” he told the E-Commerce Times.

“It isn’t surprising that Tesla is talking to BMW. It would also be surprising if these companies weren’t talking. [Tesla] had ties with GM at one time, and now Toyota has a deal with BMW to develop an electric sports car,” he pointed out.

“This could be a third way to tie in Tesla with the other two partners,” Cupler suggested. “These companies need these partnerships to distribute the costs involved.”

While the news could be read that it is Tesla that needs the help of an established automaker such as BMW — a company that has its roots dating back nearly a century, when it developed airplane engines for the German military during the First World War — it also could be that BMW is the one needing some assistance.

“BMW is well established in what it does, but on many levels they’ve failed with their hybrids — not in performance, of course, but in terms of fuel economy,” noted Cupler. “The cars aren’t delivering as hybrids, and now BMW is working with Toyota, and likely Tesla, to take the batteries to the next level.”

It isn’t that BMW doesn’t have its own technological advances to offer in exchange — and that is where the talk of lightweight materials may come in.

“The i3 and i8 made huge strides in carbon fiber development for automobiles,” Cupler observed.

“This material is just more efficient, and BMW is one of the automakers to see it is the future of cars,” he added.

“Carbon fiber will be the next evolution that will make cars more efficient, so all these talks could be where this technology comes to together,” Cupler said.

“Or it could be talk and nothing else,” he quipped. “These companies talk all the time — and then nothing happens.” 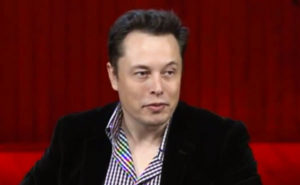