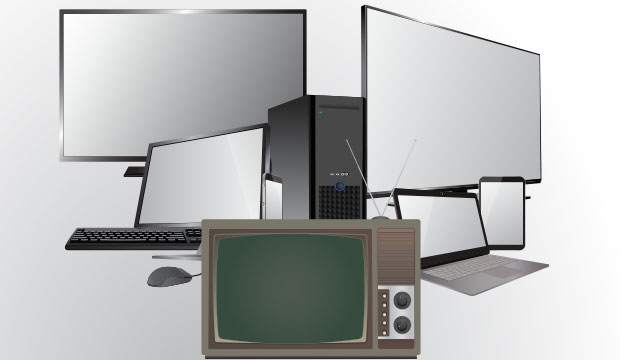 Every year in advance of the Super Bowl, there are big sales on TVs, and this year is no exception. It also could be a milestone, as TVs could be bottoming out.

TV prices are near a record low, yet sales continue to slip. In the long run, that won’t be good for the industry or consumers.

There was an “abrupt weakening of global demand for TV sets,” IHS Markit concluded in a report released last year.

That finding is consistent with the fact that most consumers in America, Europe and parts of Asia today have two or more TV sets in their homes.

The consumer electronics industry saw a 4 percent year-over-year decline in TV sales in 2015, even as demand for 4K/Ultra High Definition TV sets grew enormously. 4K sets accounted for 14 percent of total worldwide sales of HDTVs by spring of that year — even though little content was available for the new sets. However, the industry touted the better picture and more amazing colors that viewers would be able to enjoy in the content to come.

To date, there is no cable or broadcast content in 4K, and it remains limited on streaming services. In other words, it’s been marketing hype over what tomorrow will bring that has driven sales. This isn’t the first time the industry has pulled out all the stops to drive the sales of the next big thing, but what it has done is to drive down prices continually in the process. In the long run, that could be a problem.

Today, TV prices are actually at an all-time low when inflation is factored in. From World War II on, TVs were the one consumer electronic category that almost kept pace with inflation. While there were declines in the price point over the years, prices increased along with size.

When Raytheon introduced a 21-inch color set in 1955, it retailed for $795 and sales were slow. To help spur interest, CBS offered consumers the chance to trade in their old black and white sets, offering as much as $400.

That $800 TV was a major purchase — likely the third biggest expense after a house and automobile. By contrast, today’s TVs cost less than what the average family of four probably spends at the grocery store in a month!

By contrast, each new improvement takes little time to move from the early adopter to the mainstream market, as prices quickly fall.

TV prices reached their zenith, ironically, around the same time that TV maker Zenith was forced out of the U.S. market. Zenith, along with Sears and Motorola, tried to fend off lower-priced TVs from Japan in the 1970s and 1980s through legal action.

The case made its way to the U.S. District Court of Appeals in Philadelphia, which found in favor of the Japanese brands. The U.S. Supreme Court refused to hear the case, which Zenith argued was a violation of the United States Antitrust Laws and the Anti-Dumping Act of 1916.

Despite the fact that no American TVs were made in the 1990s, the price of sets increased. In 1994, a Japanese-made 35-inch RCA Color Tabletop TV cost around $2,000. While not quite the major purchase it had been in the 1950s, the TV remained a big ticket item.

The big turn of events came with the announced switch from analog to digital broadcast signals and the era of high-definition TV, or HDTV. In the late 1990s and early 2000s, the cost of those then-new HDTV sets was as high as their definition.

Sony introduced its first line of plasma sets — 42-inches of HDTV goodness — in the late 1990s with a price tag exceeding $10,000! It was at the time when HDTV was a fantasy item, not even a mere dream.

However, just as the Japanese TV makers, including Sony and Panasonic, had taken the market away from American brands like RCA and Zenith, two companies from South Korea — namely Samsung and LG — appeared on the scene. They aggressively entered the market and underwent a corporate makeover.

Just as few people may remember how expensive those early HD sets were, even fewer likely remember the days of discount electronics maker Lucky Goldstar. By rebranding itself as “LG” and suggesting in its commercials that “Life’s Good,” it became a Cadillac-level TV maker.

LG offered products that weren’t a dream item anymore — they were grounded in reality, though still expensive. For a while, TV purchases remained something people took very seriously. They researched, compared prices and thought carefully about their buying decisions — yet in a few years, TVs practically became impulse items!

TV prices haven’t kept pace with inflation since 2005. In fact, the prices have fallen, which has caused waves in the industry. This trend actually drove out some of the premium makers — notably Pioneer, which exited the market more than a decade ago. Other companies have streamlined their offerings.

The more expensive-to-produce plasma sets were discontinued, as consumers opted for the more affordable LCD options, including LED. This may have been bemoaned by videophiles, who often touted the deeper black levels and color of plasma — but for most consumers it just meant prices continued to fall.

High definition has been such a step up that most consumers don’t mind a slightly inferior picture, as it is still much better than what they had just a dozen years ago.

TV manufacturers have faced a bigger concern. The industry experienced a TV crash in 2008 with the economic downturn, but it pulled out all the stops with new bigger sets and add-on features such as 3D, as a way to keep sales going.

In fact, the whole 3D movement could be seen as one of the biggest blunders in TV set history. People didn’t really want it, but that didn’t stop the set makers from trying.

The most recent big push has been to 4K, which offers four times the resolution of still-beautiful-looking HDTV. For TV makers, it represents a strategy to address eroding price points, as well as a rationale for selling new sets — and that is the root of the problem.

TV makers saw massive sales increases as consumers adopted the HDTV standard. However, once everyone had a set, there was little reason to buy another, and the industry never truly returned to its usual replacement cycle. Instead, TV manufacturers have scrambled to keep demand up — which in turn has driven prices down.

It is a cycle that simply can’t continue, or else it becomes akin to a pyramid scheme, in which TV production and ownership of TVs will outpace the population. It’s actually getting close to that in the United States, according to Nielsen. The average American home had 2.93 TV sets per household by 2010, which was up from 2.86 sets per home in 2009.

That is simply unsustainable for TV makers, especially as prices continue to fall — not to mention that the lifespan for the average TV is now more than a decade. In other words, the industry is trying to get people to replace a product that simply doesn’t need to be replaced.

Not Sustainable in Other Ways

Falling TVs prices are also a threat to the environment, a point that seldom gets noticed.

With TVs now costing less than a mobile phone, in some cases, they have become all too disposable. There are few TV repair services today, because TVs are so affordable that if one breaks, it is easier to drive over to Best Buy or click on Amazon and buy a new one!

TVs may have gotten thinner, but that doesn’t mean that their electronics are less hazardous or even that there is less inside. There may be no picture tube, but the plasma and LCD screens are still filled with toxic materials.

Unlike other discarded appliances that might be salvaged for the metal content, TVs often are passed over by the salvagers — the so-called “metal guys” — who often show up before trash day.

The consumer electronics industry has done a decent, even admirable, job of helping individuals turn in old mobile phones, dead batteries and other devices. However, large panel TVs typically are just brought out to the curb on trash day.

Given that the replacement cycle for TVs has become constant, the obvious solution is to make TV sets cost more. This probably sounds anti-consumer, but consider the big picture. Just as Japanese brands displaced the American brands, they in turn were displaced by Korean companies — and now Chinese brands are driving down prices.

This should be a worrisome sign for other industries — automobiles and aircraft, for example. Perhaps higher tariffs could be a way to bring back some manufacturing to American shores.

At least two niche TV makers have been doing at least some assembly in the United States as of 2014: Seura of Green Bay, Wisconsin, produces TVs that turn into mirrors when they are off, as well as waterproof sets for outdoor use; SunBrite TV of Thousand Oaks, California, also assembles waterproof TVs. A third company, Element Electronics, has an assembly plant in Winnsboro, South Carolina.

What stands out with both Seura and SunBrite is that they each produce niche TVs — specifically for outdoor use — and their sets are priced higher than those from Vizio and Samsung. The prices for Seura range from $1,799 to $12,999, while SunBrite’s sets vary from $1,495 to $24,995.

It is therefore true that American TVs might cost more, but if there were more production in America, it could help bring back some jobs — and maybe even keep some sets from filling up landfills.

Today’s TV sets can last 30,000 or more hours, so they really could — and should — be a larger-ticket item rather than a product that is disposed of with disturbing regularity.