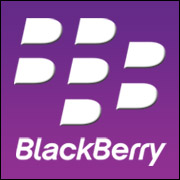 BlackBerry has a new phone in the works, and it will have a physical keyboard, according to reports that surfaced last week.

The company recently announced that it would exit the smartphone hardware market and transition to developing back-end mobile security software. However, BlackBerry CEO John Chen confirmed that one last device is in the pipeline in an interview with Bloomberg TV.

BlackBerry released the touchscreen-only DTEK50 handset this summer, saying at the time that it would be the last official BlackBerry device. However, the company has said that it would license its name to other companies, which then could produce devices under the BlackBerry brand.

It isn’t clear if the upcoming phone will run on BlackBerry OS 10 or Android. No details, including specs, availability or pricing, have been announced for the new device.

Not the End of the Line?

This sudden about-face could be a sign that BlackBerry isn’t ready to make a complete exit from the market, even though its latest efforts have been less than encouraging.

The Priv was positioned as a device that combines the best parts of BlackBerry security with the productivity and expansive mobile app ecosystem of Google’s Android. However, it has not fared well.

Although the BlackBerry Classic won praise for surpassing the average lifespan for a smartphone in today’s market, BlackBerry this summer announced that it would cease manufacturing it.

The upcoming keyboard phone could be more than an epilogue for the company, however.

“Everyone expected BlackBerry to fade off into the sunset on the handset side of the business,” said telecommunications analyst Jeff Kagan.

However, “BlackBerry is going to be focused on working with other handset makers with their technology inside,” he told the E-Commerce Times.

Google and Apple were able to bring the smartphone to the masses with touchscreen-enabled devices, but that leaves open the door for another market segment.

“Not everyone likes touchscreens, so there is a niche market for a BlackBerry with a physical keyboard,” said William Stofega, program director for mobile phones at IDC.

“There are executives and others who like the physical keyboard, and if BlackBerry can make a case that they can fill this need, then they can have a small part of the market,” he told the E-Commerce Times.

“Assuming they’re contracting out manufacturing and they have a reasonably accurate sales forecast, there’s no reason not to keep targeting their legacy market, so long as it’s at least minimally profitable,” he told the E-Commerce Times.

With partners doing the manufacturing, the risk could be low, added Stofega.

The Priv may not have appealed to the BlackBerry faithful, but if done right, a BlackBerry device running Android — made under license — could be a win-win.

“If the new device turns out to be an Android phone, or if there’s an Android version, then it could turn out to be a way toward finding a niche in that much larger market,” said Tellus’ Blum.

“There are consumers who prefer physical keyboards, and BlackBerry could use its considerable brand equity to capture that corner of the Android universe,” he pointed out.

Still, past results should be seen as portents of BlackBerry’s chances of scoring big with a niche device.

“They have failed at everything in the last decade since Apple iPhone and Google Android took over the leadership positions,” said Kagan. “The growth curve is like a wave, and BlackBerry missed it many years ago and has not recovered.” 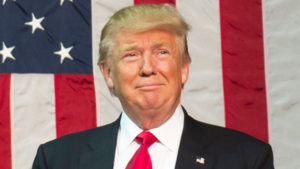 Why Trump May Be the Better Technology President 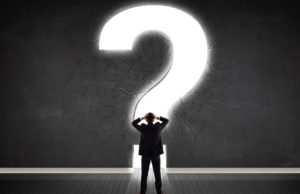 The Big Tech Election Stories No One Else Is Covering