3Tera: Building Virtual Data Centers With a Click and Drag

3Tera, based in Aliso Viejo, Calif., has made a sizable step forward in the on-demand or utility computing market. The company provides other enterprises, both large and small, with a new technology called “disposable infrastructure.” This technology forms the foundation of its AppLogic product, a first-of-its kind grid operating system that runs and scales existing Web applications.

Grid or utility computing falls under the realm of virtualization. This is a process that allows companies to consolidate the number of physical servers they need by running multiple versions of applications and different operating systems within virtual environments.

Utility computing is a relatively new computing space that developed over the last year, according to Bert Armijo, senior vice president and product management for 3Tera. The concept of utility computing is no longer a brand new direction for companies to head. However, the technology behind AppLogic represents a new way to do it, he explained.

The company’s stature as a key newcomer in this space was described in Nicholas Carr’s new book, The Big Switch. Carr is a former executive editor of the Harvard Business Review who writes and speaks on technology, business and culture issues. In this book, Carr looks at how a new computer revolution is reshaping business, society and culture.

“In 3Tera’s AppLogic, you can see the broad potential of virtualization to reshape how corporate IT systems are built and managed. 3Tera’s still a very small company, and its success is not assured, but it seems to me that its vision and its technology point the way to the future,” Carr told the E-Commerce Times.

AppLogic is a grid operating system that enables utility computing for running and scaling Web applications. A hosted service, 3Tera’s AppLogic uses a Web browser interface to offer utility computing services for transactional and streaming applications on grids of commodity servers in their data centers.

AppLogic is vendor-neutral. It uses advanced virtualization technologies and is compatible with existing operating systems, middleware and Web applications. Billions of lines of tried and true infrastructure software, middleware and application code can be used with AppLogic unaltered. Subscribers literally click and drag the components they need from a catalog listing onto a “canvass” or application field.

“This gives our customers complete control of the infrastructure without paying for it. Previously, enterprises had to pay hands to do this. With AppLogic, you get control without needing labor to touch machines. There is no need to put hands on a server,” Armijo told the E-Commerce Times.

Until now, when enterprises needed to build a data system, they usually had no revenue to support it. They had to build it for the eventual high demand. Then they had to deploy it ready for peak volume, explained Barry X. Lynn, chairman and CEO of 3Tera.

“We turn computing into a utility so you only have to pay for what you use,” he told the E-Commerce Times. “We used to have to build out to anticipated rush of users. So companies always over-built.”

AppLogic makes it possible for a company to build and test its applications for maximum need but open for business with lower usage, Armijo added.

The very newness of the technology in a field that was barely crawling posed the most difficult challenge to the company’s founders. The inspiration for the idea that grew into AppLogic was the company’s first CEO and founder, Vladimir Miloushev, according to Lynn. Miloushev died at age 45 last September.

“When he first founded the company, nobody envisioned a new platform. Vlad first came to me with a twinkle in his eye about applying his switch technology to this new use,” said Lynn, who was then-chairman of the board.

Before 3Tera, Miloushev founded Z-force, a storage networking startup that pioneered file switching and network attached storage aggregation. It was his knowledge of file switching that became the seed for solving the host of problems involved with utility computing.

At the start of the development, designers were frustrated with what they saw as a lack of adequate bandwidth available in traditional computing outlets. Eventually, the company’s founders came to the conclusion that utility computing held the solution.

“It was a simple concept, but it was too difficult to deploy and scale large applications,” Armijo explained. “We started with shared memory systems that didn’t work.”

In 2002, 3Tera was working on data center virtualization. Miloushev showed him some code. It proved to be the key to solving many of the problems Armijo was working on at a previous company, he said.

“That was the genesis of the system we developed. It combined object models and memory virtualization. This allowed us to marry customer needs and technology,” Armijo noted.

3Tera had to hop around hurdles on both the technology and the business sides. The biggest technological stumbling block, according to Armijo, was storage. That had to be solved first. It was Miloushev’s insight and his experience at his previous position that led to the storage solution.

Close behind challenges posed by the storage needs was the design of the application model itself. The interface had to meet users’ expectations for intuitiveness.

“It was a very unique problem to describe applications to the system. This took the better part of one year,” explained Armijo.

From a business perspective, the newness of the concept itself became a barrier to getting customers. It was very disruptive trying to get potential users to understand the concept and grasp the value of AppLogic.

“We actually predated the terminology for these such as ‘utility computing’ and ‘cloud computing.’ We were launching into a void. Nobody had ever seen something like this,” Armijo said.

Rather than wait for potential customers to “get” the concepts, 3Tera decided to leave behind companies that needed too much hand-holding. As more sales presentations took hold — 3Tera now has 142 customers — it became an easier sell, according to Lynn.

3Tera gave the notion of a shoestring budget new meaning. That has become a rallying point for the company’s success.

The company started out without external sources of funding. It still has no institutional financing. The company is funded by employees, colleagues, friends and family, explained Lynn.

“Our single biggest potential investor outside the company said that what we proposed wasn’t possible, but prove it and he’d invest,” said Lynn.

MS’s Live Workspace Keeps the Cloud Tethered to the Desktop 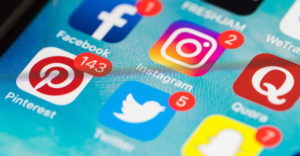 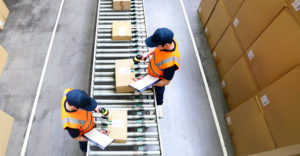