Yahoo has shut down its Yahoo Screen on-demand streaming video hub, according to news reports.

The hub’s offerings included a National Football League game played in London, licensed clips of shows such as Saturday Night Live, and a number of original series, including Community.

The company had to write off US$42 million in losses stemming from running original series, Yahoo’s third-quarter report states.

Video was one of the four areas CEO Marissa Mayer had banked on to turn the company around, the other three being core content, social and gaming. The closure raises more questions about Mayer’s leadership and even Yahoo’s continued survival as an online company.

“The question [Mayer] has to ask herself is, can Yahoo be saved?” commented Michael Goodman, a research director at Strategy Analytics.

The write-down on original series could have happened to any company, because “professional video is very expensive to produce and getting more expensive as the industry gets crowded,” he told the E-Commerce Times. “This made it more difficult for [Mayer] to execute her plans.”

The Show Must Go On

Video properties from Yahoo Screen will be placed next to similar content in the company’s digital magazines. For example, streamed concerts from the Live Nation channel might be run with content from Yahoo Music.

Ongoing video efforts, such as daily news reports from Katie Couric, whom the company lured to its site, are expected to continue.

In December, Yahoo and NBC Sports Group renewed and expanded their digital sports broadcasting partnership, and it remains to be seen whether and how this will survive the closure of Yahoo Screen. Properties include live sports and Fantasy Football Live.

Meanwhile, Yahoo’s increasingly restive investors reportedly areramping up pressure for the company to hive off its core Internet properties at once rather than launch a tax-free reverse spinoff. Yahoo plans totransfer assets and liabilities other than its Alibaba shares into a newly formed company whose stocks would be distributed pro rata to shareholders, it announced last month.

“On all fronts, [Yahoo Screen] was a half-hearted effort,” asserted Mukul Krishna, a senior global research director at Frost & Sullivan.

“Its launch two years ago should have been much more aggressive and sustained because it takes money to make money, and relying on word of mouth or things going viral wasn’t going to make things happen, considering the high level of competition,” he told the E-Commerce Times.

Screen also suffered from a lack of awareness, Krishna added.

Further, all the properties Yahoo acquired to help its move into video “have always done their own thing, didn’t fully integrate into Yahoo, and consumers don’t know whether they’re Yahoo properties,” he said.

What Yahoo Needs to Do Now

Mayer has to “first determine what Yahoo’s identity is, what she’s going to do tactically in the short term, and work out a long-term strategic vision of where Yahoo’s going,” Krishna said. “Investors are willing to put in the money if they see the possibility of a tangible return, but one of the reasons they haven’t been able to invest heavily in Yahoo is its lack of an identity.”

Mayer also should focus on original content, he told the E-Commerce Times.

There’s a crying need for a “very engaging content library,” Krishna noted. Netflix’s video library doesn’t offer much new; Amazon Prime’s offerings are limited, with most of the good content being transactional-based; and Hulu hasn’t filled the gap.

“If Yahoo steps up, they have a chance,” he said. However, it must invest considerable money and effort into promoting the content. 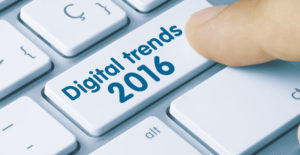