Why Cablevision Is Tweaking Its Own Nose

Cablevision recently invested in upgrading its cable television network to improve the quality of service. Now it is launching a curious marketing and advertising campaign to let customers know about it.

It wants to shine up its Optimum brand. Good idea, but the funny part is, it is poking fun at itself in the process. Why — and will it work?

My Pick of the Week is C Spire Wireless, which is launching its 4G LTE network.

First of all, if a company makes things better, shouldn’t customers be able to figure this out on their own? Yes, of course — but that can take a long while.

Remember when Sprint was a long distance company? In the 1990s, it improved the quality of its networks, but it took customers years to figure it out on their own. That’s why Sprint started to run those “pin drop” commercials, emphasizing how clear its calls were.

You have to give customers a nudge before they’ll realize something has changed. So Cablevision is poking fun at itself by talking about how bad its quality actually was. It is playing right into the customer’s hands for cable television.

Customers have always complained about the quality and reliability of television service, and the people they dealt with on the phone or in person.

This problem is not just a Cablevision problem, either. Every cable television company suffers the same problem, whether it is Comcast Xfinity, Time Warner, Cox, Bright House or any other company in the space.

One reason for that has been the lack of threat. There’s been no competition. Now that there is, the cable companies need to shine their dull image in the marketplace — which is why Cablevision is doing this.

It is going to be spending quite a bit on advertising and marketing to shine its image and change customer perceptions about the Cablevision and Optimum brands.

In fact, Time Warner is beginning its own new marketing campaign. It is trying to get closer to the customers as well.

However, this has already been tried, hasn’t it? Isn’t that why the new Cablevision Optimum brand and Comcast Xfinity brand were created?

I guess the reason they originally took this route was that they hoped these new brands would steer customers’ attention away from the older and more tarnished Cablevision and Comcast brands.

Did it work? I guess not. They introduced these new brands before they were ready. So they are still tweaking the hell out of them, trying to make them work.

Instead of improving service, they just created new brands too soon. Now it looks like the result is tarnished new brands joining old brands.

Just Wants to Be Liked

That’s why Cablevision is trying something new. It is being honest with the customer. Hmmm, that’s interesting. Could it work?

I have consulted with many companies and listened to their stories. I have to say this new spin could indeed work, if it is ready.

Kristin Dolan is the wife of Cablevision CEO James Dolan. She was promoted at the end of last year to senior executive vice president of product management and marketing. Try squeezing that mouthful onto a business card.

Dolan had been unhappy with the previous strategy, which was more like “change the name and hide the strategy.” She has been thinking about new ways to connect with customers.

Dolan said this new campaign isn’t going to sugarcoat anything but will follow investment in improved services. Sounds good so far. Has service improved?

The FCC said broadband speeds at Cablevision have improved — a big improvement over the previous year. That’s good news. There is more to do, but it looks like it is heading on the right path.

I hope Cablevision keeps its eye on the ball and continues to improve service, or this marketing idea will not work either.

So what is the new marketing strategy? Simple. Cablevision is making fun of itself. It says it recognizes its problems and is working hard to fix them.

Customers will chuckle, but will they trust and buy is the question. If the service is actually improved and continually getting better, this might just work.

People really don’t like dealing with telecommunications, according to Dolan. In fact, they hate it. I don’t know if that is true, but it’s not at the top of the list of fun or important things to think about.

Dolan just wants to get people to like the company. So these ads take a different twist — they’re humorous.

To sum up, the campaign’s approach is that Cablevision has technology you won’t spend too much time thinking about, because you have more important things to think about. Agreed.

Will it work? I hope so. We’ll see. If it does, then it may be an idea worth considering by other companies like Comcast, Time Warner, Cox, Bright House, Dish Network and DirecTV who also need to reinvent their image in the customer mind.

BitTorrent Sharers Beware: You Are Being Watched 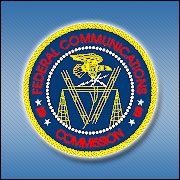