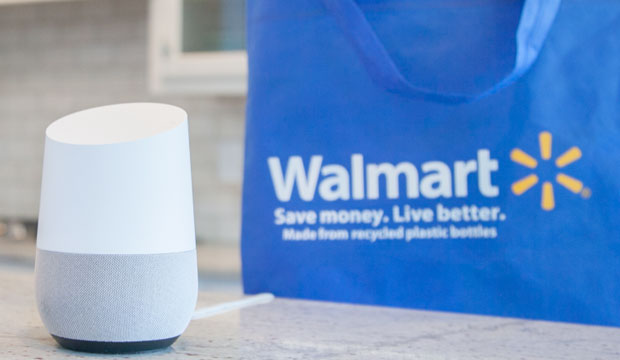 The service can be used with the following devices:

“Google Assistant is the best voice assistant in the market,” he told the E-Commerce Times. It’s “10 times better than Alexa. For all the users of Android phones — about 2.3 billion around the world — the language training is best in class. And they aren’t going to use Amazon.”

Further, the move “shows that despite going to Microsoft for cloud workloads, Walmart chose the best-in-class artificial intelligence and machine learning team for chatbots, which is Google,” Wang said.

The fact that the service works across devices, including the Google Home Hub, is another point in its favor, he noted.

This rollout is part of Walmart’s increasing focus on technology to support its e-commerce and omnichannel operations, which enjoyed a 43 percent increase in sales in Q4 FY 2019.

Walmart will expand the rollout over the next few weeks.

When a customer says, “Hey Google, talk to Walmart,” and states a product name, the Google Assistant will add the item directly to the shopper’s Walmart Grocery cart.

“Once they digitize the order process, they can improve recommendations over time using Google’s ML capabilities,” Wang said, which “will create an exponential force multiplier.”

Voice Order “will lead to an increase in overall sales commensurate with the early effect Alexa had on Amazon sales,” predicted Daniel Elman, research analyst at Nucleus Research.

“Giving customers the option to make purchases in real time without needing to go back to a keyboard-equipped device will lead to a greater number of total purchases, particularly in the cleaning supplies, household goods and single-use goods areas, where customers make the purchase out of necessity, and convenience and speed are at a premium,” he told the E-Commerce Times.

The Siren Song of Voice Capabilities

Voice Order “is the perfect fit to improve all modes of ordering because users want chatbots,” Constellation’s Wang pointed out.

A survey of more than 1,000 adults throughout the United States, which Uberall released earlier this year, revealed the following:

“Walmart has to continue to invest in areas like voice to compete with Amazon,” Rebecca Wettemann, vice president of research at Nucleus Research, told the E-Commerce Times.

“Conversational chatbots make it easy to order,” Wang said. “The orders are digitized over time for improvement with ML — and Google has the best team.”

On the other hand, “conversational search is still tough,” he pointed out. “No one wants to wait for more than two — or even one search result to come up.”

Further, the underlying technology for computer voice recognition is still a work in progress, Elman said. Security and privacy issues also are a problem when it comes to smart speakers, and “some customers may balk at grocery shopping from a large chain retailer, seeing it as hurting local farmers and food producers.”

Still, “Amazon laid the blueprint, and consumers are already warmed up to the idea of smart speakers,” Elman pointed out. “With so many available options, and with voice clearly becoming an expected software interface — enterprise vendors such as Salesforce are incorporating voice controls too — Walmart was almost obligated to offer this capability in order to remain competitive in online retail.”

Adoption “will be both strong and quick,” he predicted.

Fighting Off the Competition

Amazon will control 47 percent of the United States e-commerce market this year, eMarketer has forecast. Its e-commerce business will grow 20.4 percent to exceed US$282 billion.

Meanwhile, Walmart, which is now the third-largest U.S. etailer after Amazon and eBay, will see its e-commerce sales grow nearly 33 percent this year, to almost $28 billion, according to eMarketer. That will give it 4.6 percent of the U.S. e-commerce market.

Voice Order “is a step towards achieving feature parity with Amazon,” Nucleus’ Elman remarked. “Walmart is a bit late to the game of voice-powered devices and services, but the game is just starting and voice is a best practice it’s wise to adopt.”

With the combination of Voice Order, revamped shipping options more closely matching Amazon’s, and a redesigned Web page, he said, “Walmart is proactively taking steps to close the gap.” 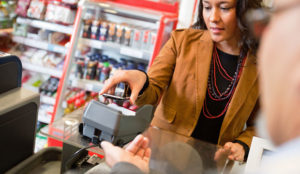