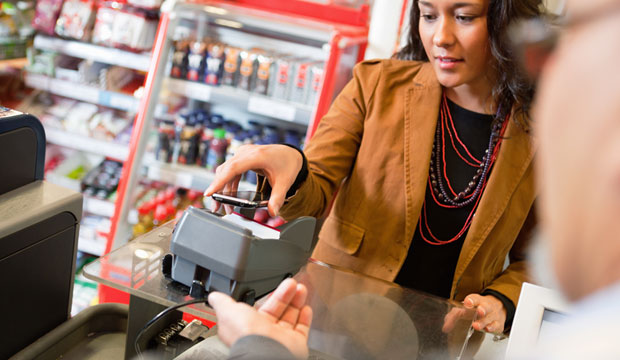 7-Eleven on Monday said it has begun accepting Apple Pay, and Google Pay at participating U.S. stores. The stores will add support for the services throughout this month.

Apple Pay works with all iPhone models going back to the SE (successor to the iPhone 5s). It also works with Apple Watch.

7-Eleven already had a number of other mobile payment options available, including Samsung Pay.

The convenience store chain has more than 66,000 stores in 17 countries worldwide; 11,800 are in the United States.

“A 7-Eleven is a ‘hit-and-get’ kind of experience,” noted Michael Jude, program manager at Stratecast/Frost & Sullivan.

“Presumably, the faster the transaction, the better,” he told CRM Buyer, “so a little extra speed over a credit card might be attractive — but for many people, I bet not.”

7-Eleven has introduced other digital innovations over the past few years:

The goal is to adopt consumer-facing technology and the behind-the-scenes technologies that ensure seamless and effortless interactions, in order to enhance the customer experience, said Gurmeet Singh, CDO and CIO of 7-Eleven.

“We continue to transform our business through digital, and these additional mobile payment options are the latest enhancements we have added to our in-and-out-of store customer experience,” he said.

Accepting Apple Pay and Google Pay “is all about the advantages of cloud,” said Rebecca Wettemann, VP of research at Nucleus Research.

“Even with its size, 7-Eleven is not a tech company, so letting Apple and Google handle payments lets [it] take advantage of their infrastructure instead of supporting — and promoting adoption of — their own solution,” she told CRM Buyer.

From the Depths of Failure

That approach is likely the result of lessons learned from 7-Eleven’s flirtation with a plan to create a merchant solution.

MCX’s members collectively operated more than 110,000 locations and processed more than US$1 trillion in payments at the time.

The coalition created its own mobile wallet solution, CurrentC, which debuted four years ago. They planned to install it across their locations within the following year.

Although CurrentC transactions could directly debit customers’ bank accounts through the Automated Clearing House (ACH) network, the wallet did not support all credit cards.

Apple announced Apple Pay around the same time that CurrentC arrived on the scene. Apple Pay garnered support from banks and credit card companies, while CurrentC was plagued with problems.

The CurrentC pilot program suffered a breach shortly after its introduction. Then Best Buy and Rite Aid announced they would accept Apple Pay. Rite Aid also announced it would accept Google Wallet.

MCX postponed a nationwide rollout of CurrentC and shut down the app instead. JPMorgan Chase last year agreed to purchase MCX’s payments technology for its own Chase Pay mobile wallet.

Too Cool for School?

Although 7-Eleven bowed to the inevitable, “electronic payments using mobile apps and linking personal credit cards to payment networks is, demographically speaking, kind of high end,” Frost’s Jude remarked. “7-Eleven is pretty pedestrian. It seems a mismatch to expect people hitting a 7-Eleven to buy a lottery ticket or a pack of cigarettes to use a smartphone app.”

Mobile will become the top digital commerce platform for consumers around the globe by next year, and increasingly will be the first — often only — touchpoint retailers will have with shippers, 451 Research predicted.

Sales executed through mobile contactless payment methods such as Apple Pay and Google Pay will have a nearly 31 percent compound annual growth rate (CAGR) through 2022, according to the firm.

However, “It isn’t really any simpler to carry around a bunch of payment apps than a bunch of credit cards,” Jude maintained.

“Some enterprising person will come up with a universal electronic payment service that will work anywhere and that will simply route the transition to any payment service or credit card you wish,” he predicted. “I expect consolidation and an evolution to a single payment interface.”