The Two Sides of the Artificial Intelligence Coin 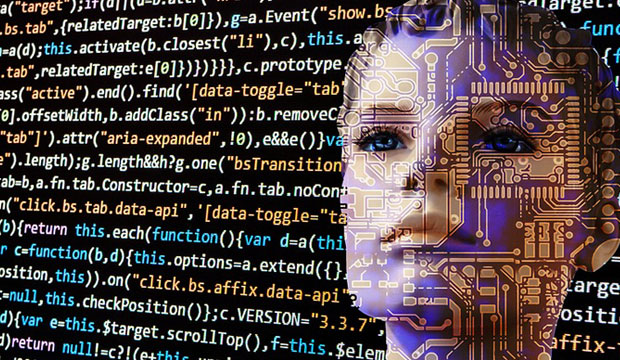 The growth of artificial intelligence in recent years has been astounding — yet AI is still in the very early stages of growth. Where are we today with this new technology, and where are we heading? Which companies are struggling, and why? What’s coming next?

AI for years has been a staple of science fiction — from the starship Enterprise’s talking computer in Star Trek in the 1960s, to the bionic Steve Austin in The Six Million Dollar Man in the 1970s, to Arnold Schwarzenegger’s time-traveling killer robot in the Terminator movies of the 1980s, to give just a few examples.

Now AI has moved beyond sci-fi and become real, with all sorts of technologies. Companies in a variety of industries are operating in countries around the world — and we are still in the very early stages of this exciting new era.

That’s great news for investors, workers and users, whether companies or individuals. However, not every company will do well. That means we must be able to tell the difference between the likely hits and misses before we spend our time or money.

We Are Already Using AI

We are already using AI in many different ways. We use it when we call a company for customer service and talk to a computer, example. We use it when we log onto a chat system and type our questions and get a response from a computer system rather than an individual. There are countless other ways AI is in common use today, and more applications are coming online all the time.

In a recent demonstration, Google had its AI technology call a hair salon and engage in a conversation with a live person. The AI scheduled an appointment, and the worker had no idea she was speaking to a machine. That type of presentation captures the imagination of the marketplace, and it’s an example of where we are today with AI.

IBM’s Watson blew us away in 2011 when it played the TV game show Jeopardy! Back then, AI was still new, and few knew much about it. In the years since, companies in every industry have been using AI technology to improve the way they do business.

In fact, IBM has invested billions of dollars into Watson on both the development and promotional sides, as I saw for myself when I spoke at the company’s World of Watson two years ago in Las Vegas. The event was bigger than life and really made Watson look like the future.

However, as exciting as it was, it doesn’t seem Watson has made many headlines since then. One of IBM’s early aspirations was to use Watson to help find a cure for cancer. There has been very little news on that front in recent years.

I still believe in Watson, but IBM no longer seems to be leading the charge. Its public relations efforts seem to be more focused on what’s coming than on what it has accomplished to date.

Although it started AI’s public growth wave with Watson, IBM is at risk of losing its place as the leader in the space, with others — like Google — racing to take the lead.

In calculating Watson’s success, I’d say IBM has climbed the upside of the growth wave for several years, but it appears to have crested as others, like Google, have been advancing. The question for IBM is whether it can restart that growth wave climb or will begin a downward slide.

There are a great many companies in many industries in many countries that have begun capturing the imagination. That makes me wonder whether Watson’s influence in the AI world will start to grow once again or start to fade.

It would be a shame if IBM Watson were to struggle just as AI technology becomes important and real in our world. IBM has targeted many lofty goals. It seems that it wanted to leap over the basic steps, which is where we are today.

New companies have been capturing the attention of investors, workers and the marketplace with their first steps. The swelling number of companies is a strong indication that AI is real and is growing.

There are two sides to the AI coin. On one side are all the technological advancements that will improve our lives. On the other side are breaches in privacy and security.

Consider Google’s Assistant, Amazon’s Alexa, Apple’s Siri, Microsoft’s Cortana, Samsung’s Bixby, and all the new players that are entering the AI space on a regular basis.

They can not only listen to and record things people say, but also make educated guesses about what people think. That is something we had better be very careful about as a society.

Just as we have seen companies like Apple, Google and Samsung establish different levels of care to protect smartphone users’ privacy, we will see companies address privacy protection for users of other AI devices.

Some companies — and their executives — seem to care more than others. Apple seems to be very protective of user privacy rights, for example.

The future of AI can be incredibly bright, but it also can be scary. Think about all the devices you have in your home that use AI. They may seem relatively harmless today, but what will they be capable of in a few years?

Cameras and microphones may be recording more than users realize. Law enforcement may want access to information from these devices. So might lawyers and competitors.

What these devices record and store likely will increase as time passes. Who is to say our private and personal information will be protected going forward? That’s the catch!

AI helps Facebook users better manage their activities on the network. It also helps the company keep a closer eye on what is going on with its billions of users, which is something it never would have been able to monitor without AI.

AI gives social networks and their users more tools and more power to make their experiences safer and better. However, loss of privacy is a key problem mixed in with all the excitement. What will social networks do with the personal data AI collects going forward?

Everything changes, and everything will continue to change. AI is an amazing technology. It will help some companies steadily grow, while others may rise, crest and fall.

Every life-saving medical breakthrough seems to introduce new issues that require new protections. It’s the same with AI. Along with the amazing ways this technology will improve our lives come concerns over potential breaches of privacy and security.

So, as great as one side of AI actually is, we need to be aware of the risky side. Loss of privacy is only getting worse, not better, and there need to be rules and protections for all users. That is something that has yet to be addressed adequately. 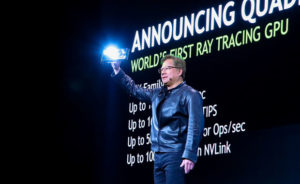