The Double Irish Jig Is Up 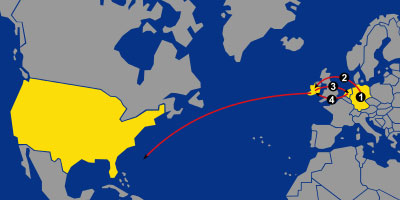 Apple and other multinational companies that have been exploiting the notorious Double Irish tax loophole for years will have to look elsewhere for a comparable tax dodge.

The country’s residency rules have been amended to require that all companies registered in Ireland be tax residents. New companies will be subject to the new law starting Jan. 1, 2015. Existing companies will have until the end of 2020 to make the transition.

Ireland has been under heavy pressure from the European Union and governments around the world.

Although the party is over, the companies are not likely to lose whatever monies they have retained so far under the Double Irish practice.

“They should be able to keep the billions they’ve socked away overseas,” Charles King, principal analyst at Pund-IT, told the E-Commerce Times.

That’s a lot of billions — the 307 largest US MNCs held nearly US$2 trillion outside the U.S. last year, Bloomberg reported.

The Double Irish is essentially a shell game played by corporate accountants.

The IP is owned by the company in the tax haven, which licenses it to its Irish subsidiary for a fat fee. Those fees are ignored for U.S. tax purposes and are tax-deductible in Ireland.

This can be highly remunerative. A Facebook subsidiary in Ireland, for example, reportedly realized revenue of nearly $2.3 billion last year, but after deducting $2.23 billion in administrative fees, including royalties for use of the Facebook platform to Cayman Island-based Facebook Ireland Holdings, posted a pretax loss of almost $800,000.

How About a Dutch Sandwich on the Side?

One variation of the Double Irish ploy is called the “Dutch Sandwich” (pictured above):

The last company pays no tax because it is in Bermuda.

Luxembourg and Switzerland are other countries used instead of the Netherlands.

IBM reduced its tax rate to a two-decade low using the Dutch Sandwich, according to Bloomberg. It routed almost all sales in Europe, the Middle East, Africa, Asia and some of the Americas through its Netherlands subsidiary.

That led it to end 2013 with a tax rate of 15.65 percent instead of the forecasted 25 percent, cutting its tax provision by $1.84 billion and letting its earnings per share rise instead of falling. The move led IBM to miss analysts’ estimates by 2.9 percent instead of 14 percent.

Yahoo, Google and Cisco also use Dutch subsidiaries to reduce their tax burdens.

It’s not possible to point the finger at any one party for this state of affairs.

“Businesses should not be blamed in any way for taking advantage of lawfully written tax dodges,” King said, adding that the regulations that tax profits returned from foreign subsidiaries also are legal.

Closing the loophole will increase the tax liability of U.S. corporations affected and lower their bottom line, observed Rob Enderle, principal analyst at the Enderle Group.

That might drive them to incorporate outside of the U.S., he told the E-Commerce Times. They might also slash their U.S. workforces.

Wife of Indian Minister Dead After Exposing Husband on Twitter

Chinese Man Heads to US Prison for Microchip Smuggling Attempt