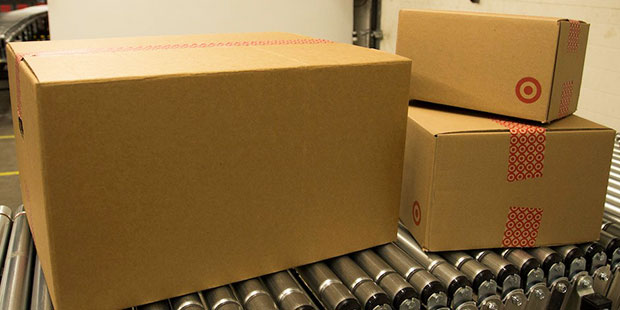 Target has reported higher gains in last year’s holiday sales, largely due to improved e-commerce strategies and store makeovers, and has offered an upbeat outlook for 2019.

The company on Tuesday said that its stores fulfilled nearly 75 percent of its fourth-quarter digital sales. Target’s earnings rose 4.5 percent in the final quarter of 2018.

Target is more than pleased with its fourth-quarter performance, which capped an outstanding year, said CEO Brian Cornell.

“We delivered our strongest traffic and comparable sales growth in well over a decade,” he said.

Target’s success holiday success can be traced back to ts broad appeal and its convenience, according to Patrick Reynolds, chief marketing officer at SessionM.

“Target has built a reputation as a store that has something for everyone and is safe to buy,” he told the E-Commerce Times.

“Its prices are not overly restrictive for those searching for bargains, while its collaborations and quality selection mean it has been able to keep share among upper middle-class shoppers that might turn their noses up at rivals like Walmart that have gone fully in on discounting,” Reynolds explained.

“Target’s private label house brands still pass the sniff test for most consumers — even brand conscious ones,” he said.

The rosy outlook reinforces for investors the potential for continued success as a result of Target’s adaptations to shifting consumer habits. The company’s strategy, in part, involves introducing new brands and enticing shoppers to visit an actual store to pick up orders placed online.

Another part of Target’s strategy adjustment is opening smaller stores that cater to the tastes of local urban communities and college campuses.

The company remodeled some 300 stores last year, and it plans to add 300 more to that list this year. The goal is to remodel more than 1,000 locations by the end of next year.

Sales at the reimagined stores tend to see a 2-4 percent uptick, according to the company.

Target’s performance is strong, but it still is not as explosive as the gains Walmart has reported, observed Stephen Rector, president of Bakertown Consulting.

Walmart’s continued acquisition of category-focused e-commerce brands — such as Eloquii and Bare Necessities — has given it a leg up within the competitive landscape.

“Target needs to show even faster growth,” Rector told the E-Commerce Times. “Target is a strong third and should remain there. However, it will not be able to overtake the other two giants, Amazon and Walmart.”

Growing faster may well be a daunting prospect. Consumers have multiple platforms available to make purchases.

“They must do their own price comparisons and read product reviews across all of them to make the best purchase for them. I do not recommend loyalty to one. All have selling points and reasons to shop,” said Rector.

Greater competition among the big players means price will always win. Aggressive pricing is one of the key tactics stores use to get customers to purchase, he added.

Target’s strong e-commerce performance in the wake of Walmart’s recent e-commerce successes shows that the e-commerce landscape is important. Adding a delivery component can make a big difference.

“The larger industry takeaway from Target’s Q4 performance is that e-commerce can be complementary to brick and mortar if done well. It’s not a zero-sum game,” Reynolds said.

For instance, Target may not compete with Amazon on everything. Maybe it is competing with Old Navy in some categories and GameStop in others. Stealing a bit of share from several pies can be highly beneficial if done right, noted Reynolds.

Target’s e-commerce gains are impressive if for no other reason than the battle to lure away Amazon’s always-returning customers.

Free membership trials bring new customers to Prime, and modularized benefits make it easy for customers to add additional services as they spend more time in the ecosystem, he noted. With more than 51 percent of U.S. households projected to be Amazon Prime members by 2019, other major online retailers will have to play catch-up.

“We expect Target to keep upping the ante with loyalty incentives like premium shopping experiences, brand exclusives, and innovative member-only promotions, while still offering the low prices and convenient delivery options that Amazon has made standard,” Lagoni told the E-Commerce Times.

Go Where Growth Is

Target and Walmart have been investing in their e-commerce initiatives because that is both their strongest opportunity for growth and a way to maximize the revenue potential of their existing store footprint, observed Molly Schonthal, vice president of strategy and innovation at Salsify. Both stores have invested heavily in improving their e-commerce website experience, including forging a much closer relationship with brands and technology providers whose content they need to power those experiences.

“This is paying dividends, on top of the fact that their store presence across the country makes them a natural fit for things like in-store pickup and same-day delivery, which consumers are taking advantage of,” Sconthal told the E-commerce Times.

Success in that area is helping Target hit its mark. Target.com attracts anywhere between 100-200 million visits every single month. While that may be one-tenth of Amazon’s monthly traffic, it is a growing figure that is still significant across the larger e-commerce landscape, she said.

“Target also understands that by making the investments they have in site experience and supply chain, they can offer consumers things like click-and-collect, something consumers both love, and a capability Amazon will be hard-pressed to match in the short-term,” Sconthal added.

Perhaps more important is that Target, both in-store and online, is not trying to be another Amazon. Rather than try to offer everything, Target offers a much more curated set of products that reflect themes and lifestyles that resonate with their customers.

“It’s product discovery with a point of view,” said Sconthal.

Its first leverage is improving the fulfillment process from a customer point of view with quick grab and go, drive up, and ship from store options. The second leverage point is recognizing the trend that today’s shoppers believe they lack any time to shop.

“Target has blended digital and physical experiences and great inventory visibility from nearby stores with fun tools in apps like Cartwheel, and AR experiences to help consumers find things on shelves on quickly,” Archer told the E-Commerce Times.

The third leveraging win is adapting to the urban shift with new store formats outside the suburbs. Target also leveraged a new loyalty program.

Its new loyalty program gives the store chain the data needed to “personalize and customize offers for its customers, which is another way — over and above omnichannel — that traditional retailers like Target can compete against Amazon,” Archer said.

“Target’s comps and revenue were better than the street’s expectations, proving both the digital and brick-and-mortar parts of its business worked well,” he told the E-Commerce Times.

Walk into a Target. You will find a great mix of deals, bargains, merchandising and loyalty, he said. All contribute to creating the ultimate customer experience.

“Whether it be Target’s smaller format stores in areas such as New York City, or stores in South Florida that had some higher-end brands with the Neiman’s partnership, it all has created a great experience,” said Rose.

The fact that Target now is inviting people to sell through third parties on its website says it is coming after Amazon, noted Rose. However, Amazon should not be worried at all about its customer loyalty.

“Most consumers love who has the right deal at the right time and are agnostic when it comes to retailer preference. Price and convenience is what draws in customers, and Amazon has done an amazing job at building a community around both, as demonstrated on Prime Day, which posts sales as big as Black Friday,” he pointed out.

Amazon has leveled the playing field when it comes to competition, noted Rose. Smaller e-commerce operations now can compete with the big players through online sales or third-party retailers, unlike before.

As a result, consumers are getting amazing deals online and in stores, as retailers strive to deliver competitive pricing and enhanced customer experiences, he said. Consumers have a wide range of products at great prices, increased availability and access to product information, and deals at their fingertips, thanks to retailer apps and smart technology.