SCOTUS Turns Its Back on Google Books Challenge

The United States Supreme Court on Monday declined to hear a petition to review a lower court decision allowing Google to scan and publish excerpts of copyright-protected books without asking for permission from the authors or paying them.

The petition, filed at the end of last year, was the latest move in the Guild’s decade-long war with Google, which has maintained that its searchable digital books database is fair use and for the public benefit.

The Second Circuit Court’s ruling last year in favor of Google Books was an unprecedented expansion of the fair use doctrine, the Guild has contended.

The Supreme Court’s decision will harm authors because they “have no say in who gets to use their work for what purpose, as long as a judge finds a public benefit, and it’s hard to imagine uses of books that are not publicly beneficial,” said Authors Guild COO Sandy Long.

Fair Use or Not?

“We think the underlying legal issue in this case — the expansion of fair use — remains in need of resolution,” Long told the E-Commerce Times.

New and emerging online licensing markets for books and book excerpts “will be an essential source of revenue for authors in the 21st Century and beyond,” she said. The Second Circuit Court “failed to recognize [their] importance, or to foresee the devastating, long-term effects its decision will have on digital markets for creative content.”

Google can display snippets of books equal to one-eighth the size of a conventional page, Long said. There are other restrictions as well: It must make one snippet per page and one complete page out of every 10 permanently unavailable; it may display only three snippets per search term entered; it must return the same snippets for any given search term; and it must exclude from display certain types of books, such as reference books, poetry and cookbooks.

The Second Circuit’s ruling on fair use was based on those restrictions, Long remarked.

The Other Side of the Argument

“If authors can’t earn a living there will be no more authors,” said tech analyst Jeff Kagan, who has written several books.

The digitized books give people a new way to find and buy books, which ultimately benefits authors, Google has argued.

If Google were to promote books it has digitized and use excerpts to introduce readers to authors and get them to buy their books, Google Books “could actually become a powerful book-selling tool,” observed Rob Enderle, principal analyst at the Enderle Group.

When someone buys a book, Google could point to particular sections the customer might find particularly enjoyable, and when the reader gets to those sections, it could suggest other books that might provide the same kind of gratification, he suggested.

Authors possibley could place a use license on books, similar to a software end-user licensing agreement, Enderle proposed.

The Authors Guild is pursuing “many different paths,” according to Long, including a market-based solution that would encompass a searchable, comprehensive global database of authors and their works to facilitate licensing of copyrighted text-based works. 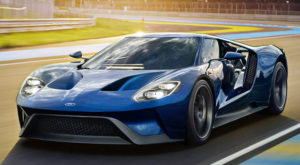 What the Traditional Car Companies Don’t Seem to Get