Retailers, Etailers Brace for Invasion of the Black Friday Shoppers 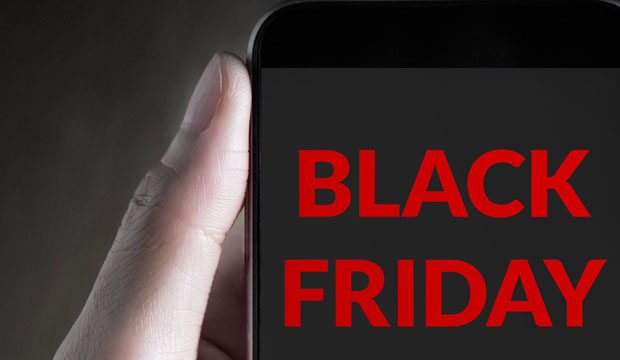 A total of 164 million Americans, or 69 percent of the U.S. population, plan to shop Thanksgiving weekend, according to a new survey by the National Retail Federation.

About 66 percent of consumers said they plan to shop during the weekend to take advantage of special deals and promotions.

Comparable predictions for previous holiday seasons were not available, because this is the first NRF report that has taken into account the entire weekend shopping plan.

American consumers are expected to spend an average of US$967.13 per person during the holiday season, up 3.4 percent from year-ago predictions of $935.58, based on a study NRF released late last month.

For the first time ever, more consumers indicated they would use smartphones to shop in November — 61 percent — than any other device, the association’s 2017 Pre-Black Friday Survey found.

“This is the always-on and connected consumer who is browsing items, making purchases and responding to holiday deals all from their phones — at any time of day when the right deal strikes,” she told the E-Commerce Times.

“Moving forward, CTA predicts less and less emphasis will be placed on Black Friday as a single shopping holiday and instead spread over days and weeks,” said Cassagnol, “especially as we see retailers try to pull the season forward while also rolling out fast shipping programs that aid the last minute shopper.”

Amazon on Tuesday provided a sneak peek at its Black Friday weekend deals, including $20 off the Echo Dot smart speaker, bringing its price down to $29.99, its lowest ever. It also plans to offer $50 savings on the Fire HD tablet, its lowest price ever. Amazon will discount the Acer Helios 300 gaming laptop by $130. It will open Amazon Music Unlimited to non-Prime as well as Prime members, with both eligible to sign up for three months of the service for 99 cents.

Prime members voice shopping on Alexa-enabled devices will get access to deals starting at 5 p.m. on Wednesday, Nov. 22, hours before everyone else.

Holiday online shopping thus far is off to a roaring start. There were strong sales during the Veteran’s Day holiday week, according to data from Adobe.

Holiday spending totaled more than $1 billion on every day from Nov. 1 through Nov. 11, compared with only nine of those 11 days during 2016. Revenue growth was up 19.8 percent from a year ago, compared with a 4.8 percent increase last year, likely due to uncertainty during the presidential election.

Apple Airpods and laptops, Samsung tablets, Lenovo, Dell and HP laptops led in electronics categories, and revenue from smartphones was up, at 24 percent of purchases, Adobe reported.

Gaming consoles have been in demand this year, due to an evolution in the hardware and software from major brands, said Steve Bailey, principal senior analyst for games at IHS Markit.

The Nintendo Switch provides greater flexibility for users who want a mobile and home-based device, he told the E-Commerce Times, and its sales have spiked thanks to two of the best-reviewed titles of all time: Super Mario Odyssey and Zelda: Breath of the Wild.

The Xbox One X, which may be the most powerful console ever, will appeal to technophiles, observed Matt Piscatella, industry analyst for U.S. games at NPD.

The PlayStation 4 may have the best overall content library of all the consoles, he told the E-Commerce Times.

“For the first time, we may have three very successful console hardware systems in holiday, each appealing to a slightly different segment of the market,” he said.

Overall, retailers have imported a lot of inventory, noted Nikki Baird, managing partner at RSR Research, but it’s not yet clear how fast they can clear their store shelves.

“If there are a lot of doorbuster deals sitting on the shelves come Dec. 1, or so, we may be heading into an early markdown and heavy promotion cycle for the second half of the season,” she told the E-Commerce Times. “That means sales might stay on track, but retailers’ margins would not.” 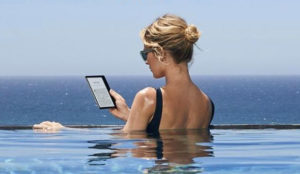 Gadget Ogling: A Waterproof Reader, a Phone That’s Got Game, and Gloves That Make Paying Up Comfy