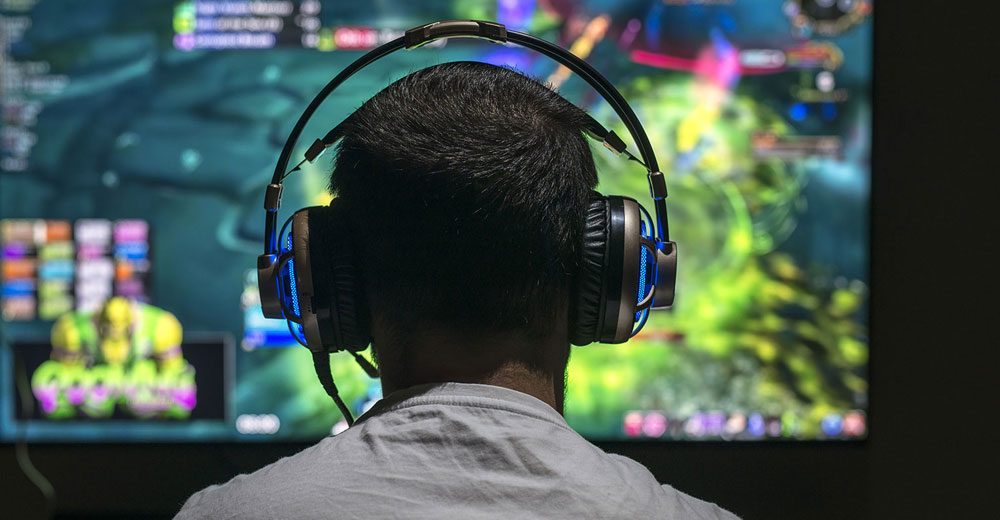 Reddit co-founder Alexis Ohanian raised some eyebrows in the gaming world recently when he predicted on the “Where It Happens” podcast that play-to-earn gaming would take over 90 percent of the gaming market in five years.

“Ninety percent of people will not play a game unless they are being properly valued for that time,” Ohanian declared in the podcast.

“In five years,” he continued, “you will actually value your time properly, and instead of being harvested for advertisements, or being fleeced for dollars to buy stupid hammers you don’t actually own, you will be playing some on-chain equivalent game that will be just as fun, but you’ll actually earn value, and you will be the harvester.”

Play-to-earn games typically use cryptocurrency instead of proprietary tokens for in-game rewards and earnings. The most popular play-to-earn title is “Axie Infinity,” a Pokemon-style game where Axies can be bought and sold for Ronin cryptocurrency.

While play-to-earn gaming is gaining in popularity, most of the excitement and interest is tied to future opportunity, rather than changes to current gaming business models, explained Michael Inouye, a principal analyst with ABI Research.

“The larger opportunity comes from the hype surrounding the metaverse, where digital goods will be earned, bought and sold like real-world, physical goods,” he told TechNewsWorld.

“Gaming is a natural entry point because it’s already virtual and 3D and gamers are accustomed to dealing with virtual assets and items, so there is certainly strong growth potential,” he said.

Ross Rubin, the principal analyst with Reticle Research, a consumer technology advisory firm in New York City, explained that over the years, there have been a number of experiments with paying people to do all kinds of things, such as watching ads or playing games.

“Usually, payment is in a proprietary currency, which could be redeemed for prizes,” he told TechNewsWorld. “Play-to-earn gaming is an extension of that.”

“Cryptocurrency, though, is more widely accepted than proprietary currencies,” he continued. “It also allows something to be done that was very difficult to do in the past. It enables micro transactions. That may make play-to-earn gaming more practical than it might have been in the past, but there’s still a lot of challenging dynamics.”

He asserted that Ohanian’s prediction was “extremely high.”

“So much of the market is made up of casual gamers — people playing a game on their mobile phone waiting for a train or in an elevator or waiting room,” he said.

“It would represent a fundamental reversal of what has been a very profitable model — in-app purchases — where the money has been flowing the other way, to developers and game companies,” he observed.

“Developers and gaming companies are trying to make money from software,” he told TechNewsWorld. “This will take away from that.”

“There won’t be a large interest in the model from developers and gaming companies unless it presents them with a large opportunity to make money,” he said.

“I’m highly skeptical of the 90 percent figure,” he told TechNewsWorld.

“Most of the gaming community is on consoles and mobile devices,” he explained. “The guys who write the titles for those platforms are very reluctant to change their business model.”

“Play-to-earn gaming requires those developers to get on board with it,” he continued. “To do that in five years would take a really heavy push.”

The use of cryptocurrency could also be a problem. “Its instability could be a headwind to game developers getting on board with play-to-earn gaming,” he noted.

What’s more, he pointed out that five years is still within the lifecycle of the new Xbox and PlayStation gaming consoles, which are not built for NFT and cryptocurrency implementation.

“Microsoft and Sony would have to have to do things at the platform level to make that work,” he observed. “I don’t see them doing that.”

“Future platforms may support the trend,” he added, “but I don’t see that happening in the short term.”

Lewis Ward, research director for gaming at IDC, voiced concern over what may be the underlying driver of play-to-earn’s popularity.

“I don’t think these play-to-earn games are great games, driving gamers to play them because they’re great games,” he told TechNewsWorld.

“My understanding is that a large chunk of the Axie Infinity user base is being paid to play the game,” he said.

“People in the cryptocurrency world are paying people to play games in order to drive up the valuation of the cryptocurrencies and their relationship to NFTs,” he asserted. “In that world — if you have a lot of liquidity, a lot of people buying and selling what you have to offer — it makes other people confident it’s going to rise in value over time. So the companies behind the cryptocurrency have a vested interest in driving up the transaction volume.”

“My concern is that what’s been driving interest in play-to-earn games is a form of self-dealing,” he continued. “Companies in and around this space are effectively paying people to play these games to drive up the value of cryptocurrencies that they can monetize. It becomes a money-making operation.”

“This can create a raft of legal issues, once you get into children and the extraction of cryptocurrencies into fiat currencies,” he added.

“That’s why play-to-earn games are not in the Apple App Store or in Google Play Store,” he said. “The platform owners don’t want to get in the middle of something so unsettled from a legal perspective and potentially open themselves up to lawsuits down the line.”

Inouye noted that there will certainly be value in digital goods and NFTs in the future, but there is a great deal of work and experimentation that needs to happen before it becomes the dominant revenue generator for the gaming market.

“In this context, pay-to-earn should be viewed more as a way to reward gamers for their efforts and virtual collections, but it’s going to take a significant lift to shift the revenue streams away from premium and advertising,” he said.

“I’m not saying it’s impossible within five years — we’ve seen some unexpected changes happen in short time periods — but the probabilities I would say, are really low,” he added.