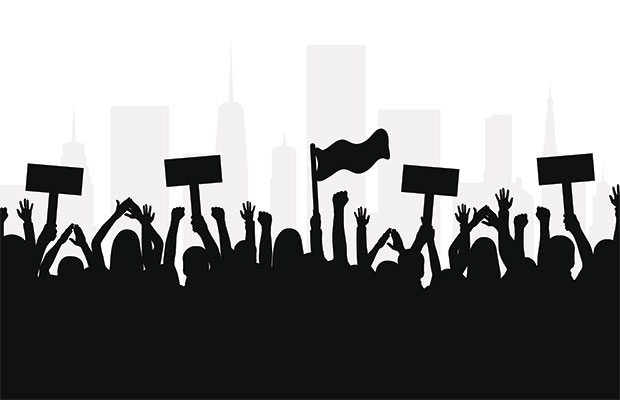 Brands and retailers around the world posted black squares on their Instagram feeds in response to “Blackout Tuesday,” to show support for protests against a police officer’s killing of George Floyd on May 25 in Minneapolis.

By Wednesday morning, there were 28.6 million posts on the #blackouttuesday Instagram page launched by music executives Jamila Thomas and Briana Agyemang.

Although meant as a symbol of support, the black squares posted on Instagram obscured information about the Black Lives Matter protests, some activists worried.

Others expressed concern that the support might be fleeting.

“This isn’t about writing a check or making a nice donation,” remarked Liz Miller, principal analyst at Constellation Research. “This should be about making a commitment to change.”

Brands “have to think hard about the stand they should be making and decide if they are willing to truly commit to their statement,” she told the E-Commerce Times.

“Much of this is virtue signaling,” observed Mike Jude, research director at IDC.

Although he did not question the businesses’ sincerity, “social responsibility has been largely a marketing ploy for many years with most large businesses,” he pointed out.

“It has become a reflex reaction to try and manage the optics of any situation by throwing money at social causes and making public pronouncements designed to show how moral a company is,” Jude told the E-Commerce Times.

Businesses generally can not solve the problems, and they know it, Jude maintained, but “they don’t want to be in the line of fire when social justice sets its sights on the business community.”

The Plug, a tech news publication focused on the Black innovation economy, has compiled statements made by top tech companies on racial justice, Black Lives Matter, and George Floyd.

“The recent murders of George Floyd, Ahmaud Arbery, Breonna Taylor and so many more before them are horrific, maddening and truly abhorrent,” said Cisco CEO Chuck Robbins, as he announced the cancellation of a company event to give people time to attend to more important matters.

Cisco will donate US$5 million to charities dedicated to fighting racism and discrimination in what Robbins described as “just a first step.”

“Consumer brands are scared of being caught in the marketing bloodbath as tensions are high and emotions fickle,” said Ray Wang, principal analyst at Constellation Research.

Amazon tweeted about the issue, saying the inequitable and brutal treatment of Black people in the U.S. must stop, and saying it stood in solidarity with the Black community.

“Beyond hollow words,” tweeted Katy Farina. “Pay your taxes, pay your employees, stop buying out small business, stop selling facial recognition software that empowers the surveillance state, and god d***it, you let your god d*** warehouse workers go to the bathroom and get water when they need to.”

The ACLU and Sleeping Giants also fired back:

Funny coming from the company that fired a Black man for asking for safer working conditions during COVID, sells Nazi flags and remains the last large advertiser on Breitbart, which once featured a “Black Crime” section, despite being asked to stop by 600+ of your diverse workers

Many other critical responses touched on taxes, the sale of facial recognition software, and Amazon’s treatment of workers.

“There are holistic issues that need to be addressed that are much bigger than the very visible and wrongful police violence,” Constellation’s Wang told the E-Commerce Times. “These are health, safety, education and environment.”

Silicon Valley has to do more to diversify the workforce of the future, said Jim McGregor, principal analyst at Tirias Research.

“Diversity has tremendous value, and I believe in it wholeheartedly,” he told the E-Commerce Times. However, this problem “can’t be solved overnight. You have to educate people on the value of diversity and how to use it.”

“First, aggressive efforts to diversify education so that the job pool is enriched by more qualified minority members,” he told the E-Commerce times.

“Second, managers need to be both trained and measured on their diversity efforts — something tech firms are increasingly doing,” Enderle continued.

“Finally, protections against abuse need to be strengthened,” he said, “so that those getting the resulting jobs aren’t put at risk.”

Companies like Dell, Cisco, HP, Microsoft and IBM “are all aggressively working to make major changes, but they need the help of government — which has the reach — to more effectively deal with the bias in education,” Enderle added.

Progress is now possible, Jude said, because “this is a tipping point where paradigms are changing rapidly. When you reach a tipping point and enter a new paradigm, a single well-articulated vision can literally change the world.” 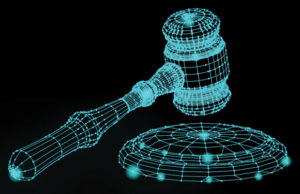