Google Strikes Back at Ad Blockers 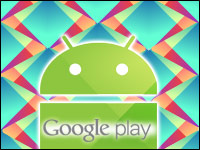 Google this week reportedly pulled one mobile ad blocker from the Google Play store and prevented another from being updated.

The moves come on the heels ofSamsung’s announcement this week that it was opening up its mobile Web browser to ad blockers.

AdBlock Fast, which was one of the first blockers to take advantage of Samsung’s largesse, reportedly was tossed from Google Play.

Rocketship Apps, the company that makes AdBlock Fast, did not respond to a request for comment for this story, but CEO Brian Kennish told TechCrunch that Google cited Section 4.4 of the Android Developer Distribution Agreement as the reason for sacking the app.

That section bars developers from releasing apps that interfere with “the devices, servers, networks, or other properties or services of any third party including, but not limited to, Android users, Google or any mobile network operator.”

After its release, AdBlock Fast became the top app in the Productivity category in Google Play. That meteoric rise may have been the reason Google quickly removed the app from its online outlet, Kennish told TechCrunch.

Another ad blocker for Samsung’s browser,Crystal, reportedly also ran afoul of Google. When its development team tried to upload an upgrade for the app, it was rejected. The reason? Section 4.4.

Other ad blockers can be found in Google Play.

“I can’t comment on what happened to other apps,” said Ben Williams, operations and communications manager atEyeo, maker of AdBlock Plus.

“I can just say that Adblock Plus for Samsung browser is still in the Play Store,” he told the E-Commerce Times.

“While we don’t comment on specific apps, we can confirm that our policies are designed to provide a great experience for users and developers,” the company said in a statement provided to the E-Commerce Times by spokesperson Joshua Cruz.

“We wouldn’t want to comment about the issues another company may be facing,” Samsung PR Manager Philip Berne told the E-Commerce Times.

While Google is concerned about ad blockers, it has other concerns about the mobile Web, noted Gavin Dunaway, senior editor atAdMonsters.

“It will have an effect on ads because it means there are going to be more static placements, rather than anything crazy that will take up a lot of data to download,” Dunaway said.

“You end up downloading everything meant for the desktop Web,” Dunaway explained. “They’re too big, and they’re just going to suck away your data.”

While advertising on the mobile Web may be annoying to users, it isn’t where most advertising is seen.

“Ad blockers are for the mobile Web. Users spend most of their time in applications, where there is still no ad blocking,” Dunaway said.

“As long as there’s no ad blocking there, I don’t think Google is all that concerned,” he added.

Ad blockers are a problem for more than just Google, noted Greg Sterling, vice president of strategy and insight at theLocal Search Association.

“The industry as a whole is getting very nervous about this,” he told the E-Commerce Times.

“Google is taking the hard-line position because ultimately it sees ad blockers as destructive to advertiser and publisher interests,” Sterling said.

The problem is a simple one from Google’s point of view, said Rob Enderle, principal analyst at the Enderle Group.

“Advertising is how you pay for Android,” he told the E-Commerce Times. “If you put up an ad blocker, from Google’s perspective, you’re ripping off Google.”

“When you decided to use Android, whether intentionally or not, you’ve agreed to consume ads to pay for this free operating system,” Enderle noted. “This is Google making sure you pay what they think you should pay.”