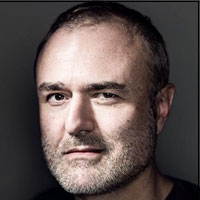 Gawker founder Nick Denton earlier this week said that he filed for personal bankruptcy protection after exhausting his appeals to stave off collection of damages resulting from adefamation and invasion of privacy lawsuit brought by professional wrestling icon Hulk Hogan.

The filing followed a Florida court’s rejection of Denton’s appeal to block Hogan from collecting US$140 million a jury awarded to him earlier this year. The case stemmed from Gawker’s publication of a tape of Hogan having sex with the wife of his friend.

“It probably heightens the likelihood of Gawker being sold or closed,” Rick Edmonds, media business analyst at The Poynter Institute, told the E-Commerce Times.

Gawker, which was granted bankruptcy protection in July, is set to be sold at auction later this month. Ziff Davis is the most likely candidate to take over the company. Originally scheduled for July 27, the auction was postponed, and Aug. 15 set as the new deadline for bids.

Denton’s confirmation that he would be filing for personal bankruptcy, just weeks after Gawker filed for bankruptcy protection, came earlier this week in a memo he sent to staffers. Denton lashed out at billionaire investor Peter Thiel, who secretly backed Hogan’s legal case against Gawker. Thiel was the subject of a controversial in 2007 article published by the company’s Valleywag blog, which outed the conservative billionaire as gay.

“It’s a personal vendetta,” Denton said in the memo to Gawker Media staff, “and yes, it’s disturbing to live in a world in which a billionaire can bully journalists because he didn’t like the coverage.”

Despite the bankruptcy filing, Denton was in a “positive frame of mind,” he wrote in the memo, because the company’s “influential brands will soon be free to thrive under new ownership.”

It appears that Denton filed for personal bankruptcy to avoid personal liability, said attorney Peter Vogel, a partner at Gardere Wynne Sewell. If it’s granted, Hogan may not be able to collect much.

“The bankruptcy courts are uniquely different than the trial courts, as the bankruptcy judge’s primary job is to pay creditors as much as possible,” Vogel told the E-Commerce Times. “In this case, it’s not entirely clear that Hogan’s trial led to what’s referred to as a ‘final judgment,’ which usually occurs months after a trial, with lawyers on each side making motions to change the jury verdict.”

Even if Hogan got a final judgment, he would have to get in line to collect any money owed, and would have to compete with other Gawker creditors to collect, Vogel said.

“Bankruptcies can go on a long time,” he pointed out, “since the objective is to find assets to pay creditors, and it takes time and energy to see if any monies are controlled by others or offshore.” 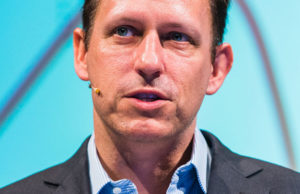