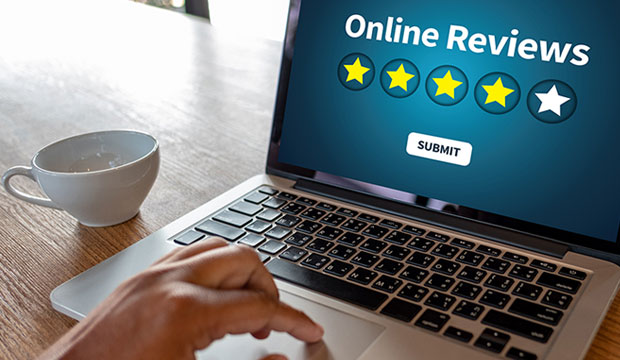 Looking for a little something nefarious in your online shopping? Perhaps you need to spark some fresh finger traffic to your e-commerce store on Amazon. Neither of those forays is a good choice.

Trading in phony reviews may or not be legal, but such practices are clearly unethical and will have repercussions if underhanded activities are discovered, warns Amazon. Shoppers and sellers dealing in false reviews in exchange for cash rebates or commissions might face legal actions if Amazon catches you.

Amazon told the E-Commerce Times that it has and will continue to take legal actions against those involved in phony reviews scams. Amazon wants to ensure customers see authentic and relevant reviews so they can make better-informed purchasing decisions.

No data on this is published by Amazon. For years reports have surfaced about review farms, according to Dr. Robin Gaster, president of Incumetrics.

Amazon sporadically acts publicly against them, and privately takes down reviews on a fairly random basis. There are also credible reports that bad actors use fake reviews to game Amazon’s system (by) heavily upvoting a rival, for example, which may lead Amazon to then ban them for having fake reviews, he explained.

“Overall, it is fairly well established that this is a widespread issue. Amazon has also made the problem worse by recently allowing reviewers to post just a star review — no commentary necessary. This massively encourages fake reviews, in part because no English language skills are required,” Gaster told the E-Commerce Times.

Marketers know that in this changing digital storefront world, referrals and product reviews are gold-plated enticements for closing an online purchase. But consumers tend to view false reviews as one of the fastest ways to break their trust. Studies show that consumers burned by false reviews will take their purchasing power elsewhere.

“Over the long term, fake reviews erode customer and seller trust in the platform, and trust is absolutely central to long term dominance. If customers and/or sellers start to leave, Amazon has a problem, and once that slippage starts, I believe it will be very hard to reverse,” Gaster observed.

The Washington Post in 2018 reported that a study found 61 percent of electronics reviews on Amazon are fake. Numerous other published accounts reveal unreliable product reviews on Amazon, eBay, and elsewhere.

U.K. consumer-rights group Which? (“Which”) this week reported that a thriving fake review industry is gaming the Amazon marketplace.

Websites are selling fake reviews to Amazon merchants looking to boost their products’ ratings, according to a Which investigation. One example Which revealed disclosed the German website AMZTigers was selling 1,000 reviews for US$10,950. Another website offered to help purchasers earn a coveted Amazon’s Choice status for their products within two weeks.

Which disclosed numerous examples of phony review scams. For instance, one site was selling reviews for $18 each. Another offered for sale the contact and social-media details for Amazon reviewers. Some sites even asked for free or discounted products in exchange for reviews.

The Which revelations also pointed to a well-used practice of trading in what is called “incentivized reviews.” This practice recruits or encourages consumers to write product reviews in exchange for refunds or commissions.

Amazon’s guidelines clearly prohibit sellers from paying for third-party reviews. The company claims that it is vigilant in rooting out such scams.

“We remove fake reviews and take action against anyone involved in abuse. We have won dozens of injunctions against providers of fake reviews across Europe, and we won’t shy away from taking legal action,” an Amazon spokesperson told the E-Commerce Times in a written response issued by Mary Kate McCarthy for Amazon.

However, Amazon and other online retailers cannot do this alone. Customers need to be able to trust the reviews they see online. The systematic manipulation of reviews needs consistent enforcement and global coordination with stronger enforcement powers given to regulators against bad actors, according to Amazon.

“We continue to work to protect the authenticity of customer reviews. We advise customers who doubt the credibility of a review on a product to click the ‘report abuse’ link available below each review. We will then investigate and take necessary measures,” the Amazon spokesperson said.

Amazon does this by using powerful machine learning tools and skilled investigators to analyze over 10 million review submissions weekly, according to the company. The aim is to stop abusive reviews before they are ever published.

“In addition, we continue to monitor all existing reviews for signs of abuse and quickly take action if we find an issue,” the spokesperson said, noting that the company also proactively works with social media sites to report bad actors who are cultivating abusive reviews outside its store.

Amazon claims to have sued thousands of bad actors for attempting to abuse its review systems.

To conduct its investigation, the Which organization presented itself as an Amazon seller. The company registered for 10 e-commerce sites to sell “review manipulation services.”

Its sales “inventory” included free or discounted products in exchange for reviews. It also offered sales campaigns to boost the positive reviews of their customers’ wares.

The investigation Which conducted also found 702,000 product reviewers across just five businesses and a site claiming to have processed $8.9 million of refunds for reviews it had organized on Amazon.

This investigation is not the first involving the consumer group’s inquiries into sellers gaming major online marketplaces, according to Which’s published results.

Two years ago, Which published an account of a thriving marketplace it uncovered in the trading of fake Amazon reviews on Facebook.

Which reported that as a result of action by the Competition and Markets Authority (CMA) in January 2020, both Facebook and eBay agreed to step up their efforts to combat fake and misleading reviews on their sites. Both signed up to agreements to better identify, investigate and respond to this activity.

Customer reviews are a critical element to success on Amazon. It has been a long and hard-fought battle between Amazon and scam reviewers, according to Rohan Thambrahalli, president of UpstartWorks.

First, because it feeds Amazon’s A9 algorithm, which is used to determine a product’s relevancy when customers search on Amazon; and second, because customers rely on reviews to educate themselves on a product before making a purchase.

“I do not see that changing, and therefore there are always going to be sellers looking for ways to get quick and easy reviews,” he told the E-Commerce Times.

Fake reviews are more important than they seem. They obviously affect the fairness of the marketplace, so it is absolutely critical to winning the Buy Box on Amazon, and reviews affect that, agreed Incumetrics’ Gaster.

“Reviews are also a pathway for scammers to influence the competition. Getting entangled in Amazon’s Kafkaesque justice system because a bad actor targeted you via fake reviews is a real problem,” he said.

Given the high stakes for vendors on Amazon to maintain positive reviews, Amazon management needs to continue investing in AI and other technology to identify review traders. False reviews are appearing at too large of a scale to be manually caught, suggested Upstartworks’ Thambraahalli.

“Reviewing trends such as sudden spikes in customer reviews that are inconsistent with the number of customer purchases occurring will allow Amazon to detect sketchy behavior,” he offered.

Some speculation exists that a change in a pending shift in the top leadership at Amazon this summer might bring a change in the reviews criteria. Perhaps that is why some sellers are still relying on phony reviews to enhance their status. But that reasoning is no doubt just as false as the current crop of fake product reviews.

“I do not think so,” reasoned Gaster. “Jassy (the incoming CEO) is from the same leadership team, and there likely will not be much change, at least initially. And certainly no loosening here — more likely tightening under further PR and regulatory pressure.”

Similarly, Thambrahalli does not think Amazon will change its mission to be the most customer-centric company. Customers rely heavily on reviews when doing product research and ultimately making a purchase on Amazon.

“If customers start to feel that they cannot trust this information because of rampant fake reviews, that would greatly impact the trust that customers have in Amazon. I strongly believe they will continue to make this a priority, along with other initiatives such a Project Zero that aims to have zero counterfeit products sold on Amazon,” he concluded.

Some sellers do game the system to advance their products. The e-commerce marketplace has been full of entrepreneurs that are hustling, according to Claire Lefevre, vice president of customer operations at Perch, which acquires and operates Amazon FBA businesses.

“Many of them playing by the rules; many of them that are not. I think Amazon will always need to have meaningful resources marshaled against policing and enforcing in this area,” she told the E-Commerce Times.

Reviews are the lifeblood of any Amazon business, and so the stakes are high for sellers to take care of their brand reputation. Those high stakes mean that some people will choose to play in the gray area of the rules or go well beyond the gray area, explained Lefevre.

“Amazon has rolled out various types of enforcement over the years. Their review purges have actually been quite effective at cleaning up some illegitimately gained reviews in the past, but anything that is done with bots can bring with it collateral damage along the way,” she noted. 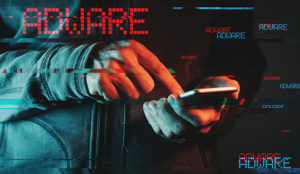