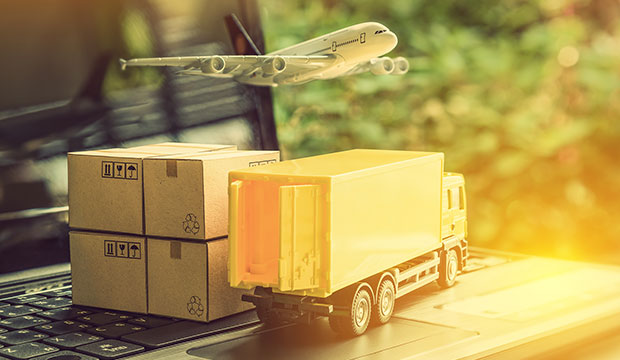 If you are looking to expand your sales territory and have not yet put Latin America on your bill of lading, you’re missing a golden opportunity. Latin America offers the fastest-growing regional e-commerce marketplace in the world.

You do not think so? Well, think again. Last year, the total retail e-commerce sales to the LATAM region grew 36.7 percent to $84.95 billion. That is still growing this year.

Among the larger individual economies in the region, Argentina was the fastest growing, with a retail e-commerce increase rate of 79 percent. Brazil’s e-commerce growth rate was 35 percent, while Mexico’s was 27 percent.

The pandemic increased shipping volumes to Christmas levels in July all over the world as well as throughout Latin America. With the approach of summer, Hernandez sees a continued growth trend as the region works to vaccinate the population.

“I do not believe that there will be a leveling off now that people are more comfortable with online shopping,” he predicted.

Hernandez, whose firm is widely recognized as the industry leader in Latin American shipping and delivery logistics, noted that Latin America is, in addition to being a rapidly growing e-commerce market, one of the world’s most complex economic regions.

South America consists of 33 individual countries and an additional 15 dependencies and territories. Populations range in size, with Brazil the largest at 212.6 million people. The Falkland Islands comprise the smallest with just less than 3,500 people.

Most of these countries support their own currencies and have their own taxation and customs authorities. They have their own postal systems, too. But they are widely regarded as unreliable. So you will have to be a bit creative in handling the last mile of delivery.

“U.S.-based companies have to understand the local flavor. The last-mile delivery is key to success. This means partnering with local delivery service providers as well as hiring local leaders,” Ray Wang, a principal analyst at Constellation Research, told the E-Commerce Times.

Latin America has seen the acceleration of digital all across the board. The e-commerce market has seen five years of accelerated transformation in one year, Wang offered about the existing potential for sales growth.

“In Latin America, we have seen innovations in last-mile delivery services, more use of buy online pick up at the curb, and even improvements in payments and apps,” he added.

The pandemic introduced many people to online shopping as it became a necessity. Prior to the pandemic, adoption was not as high in the region as it was in the U.S., Canada, Asia, and Europe, according to Hernandez.

But the pandemic changed the e-commerce landscape considerably in Latin America. The market growth elsewhere as a percentage was not as impressive, since those regions already had higher adoption rates. Yet their volume increases were just as high.

Product offerings are ripe for the picking among Latin American consumers. Many categories of products are globally sought after. Then there are “niche” or hard-to-get items that are not as easy to get as in other markets, Hernandez noted.

That makes an opening that U.S.-based vendors should take. Successful marketers do not need to overdo e-commerce technology. Rather, they should utilize tech to better facilitate the logistical challenges.

For instance, U.S.-based vendors should identify products that are not readily available in the local markets or are very costly. They find a way to make these products available for shoppers supported by a strong logistics network to manage the deliveries, suggested Hernandez.

“Fifty-two million people in that region are expected to make their first online purchase during the pandemic, which could create an increase of up to 30 percent in online consumers in some Latin American countries,” said Hernandez.

What’s more, the Latin American market is expected to grow more than eight percent and reach a market value of $200 billion, he added.

U.S.-based marketers and vendors need to be proactive to enter this marketplace. Obstacles do exist but are not insurmountable.

For instance, the number of consumers venturing online to shop lack physical bank accounts. That is a key challenge, remarked Constellation Research’s Wang.

“One opportunity is to leverage the mobile operators who can extend credit on the phone bill or improve sign up of microcredit services,” he offered.

Past issues involving e-commerce for consumers in the Latin America region have long existed, added Hernandez. But a shift in consumer attitudes in starting to improve the damaged online trust factor.

Build Trust or No Sale

Before the pandemic, Latin American consumers fell on the wrong side of the trust barrier. Many feared putting their credit card information online. That also included American citizens reticent to do business with Latin America for fear of credit card fraud.

Covid-19’s arrival shut local stores. Latin American consumers had no choice but to change their trust issues. Now, a new level of confidence is evident that will sustain the region’s growth in e-commerce even after the pandemic has lifted.

“Positive experiences with online shopping have done a lot to erode the underlying mistrust that has always been prevalent in Latin America,” Hernandez said.

Whether it was concern about having a credit card number stolen, or never receiving ordered products, those issues are less of a barrier. Now that Latin American consumers have tried it and found that it works, they trust the process, he added.

The biggest challenge businesses face when expanding to Latin American consumers is that each country has its own set of rules. It is important that businesses work with experts who are familiar with the region to help them avoid the pitfalls that have caused other businesses to fail, recommended Hernandez.

Sellers want data. They want to know where their packages are when they are delivered, and if there are any challenges.

“Online visibility is critical, as are data services, to help sellers provide critical information necessary to import goods such as tax ID numbers and HS Codes,” he explained.

In addition, the technology used to correct errors in the initial shipment data and validating postal codes is also critical to success.

Navigating the Shipping and Selling Lanes

The growth in e-commerce and logistical capabilities needed will still require merchants’ keen attentiveness in tapping into the overall Latin American retail economy. To successfully navigate that course, U.S.-based merchants use specialists in Latin American logistics to handle their shipping.

For example, SkyPostal is actually an IT company focused on package delivery. It provides its clients API-based solutions that coordinate their own checkout systems with all the necessary delivery data. The company also offers services in the U.S., Canada, and Europe through partners with similar expertise.

Rather than struggle with setting up a fine-tuned web presence for selling your wares to Latin America’s consumers, consider using an already existing online sales marketplace with built-in selling expertise.

Mercado Libre, known as the “Amazon of Latin America,” has operations in 18 countries throughout the region, is the fourth largest online marketplace in the world, and the largest in Latin America in terms of visits per month. Its top markets are Brazil, Argentina, and Mexico.

Another option for handling localized shipping is ShipStation; which has a partnership with Mercado Libre. That could be a big help to U.S.-based SMBs looking to break into selling to the Latin American marketplace with a package deal.